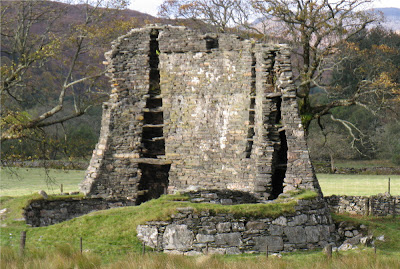 My daughter and I started our last day in the highlands by visiting the famous brochs at Glenelg. This is a tiny village on a peninsula south of the bridge to Skye, accessible only by a one-lane road that winds alarmingly over the mountains, idles through the town and then saunters charmingly along a little river, lined with rhododendrons and beeches. And then, there you are, by a stone ruin that was the home of some Pictish chieftain 2000 years ago. 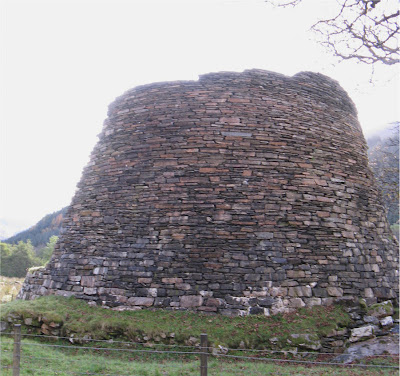 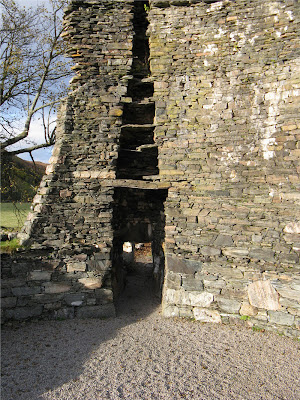 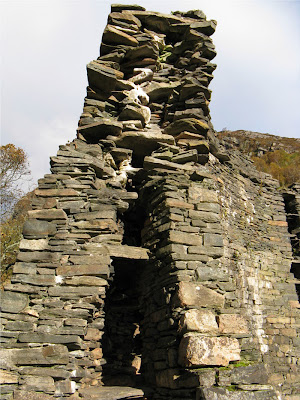 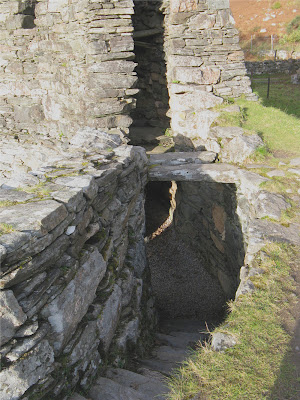 Brochs are round towers with massive, two part walls. There are dozens scattered across Scotland and the islands, so similar to each other than some archaeologists think they were all built by traveling architects. We know there were traveling smiths in the iron age, so why not broch builders? This is Dun Telve, the taller of the two brochs in Glenelg. 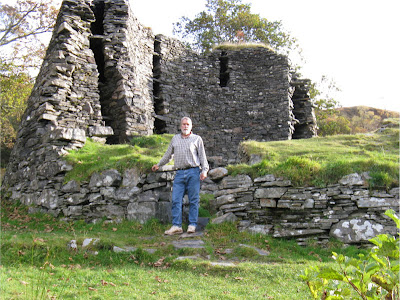 And this is Dun Trodan, a little farther up the valley. (With me for scale.) I have encountered no theories about why there are two of these just a few hundred yards apart -- brothers? Sisters who married rival men? 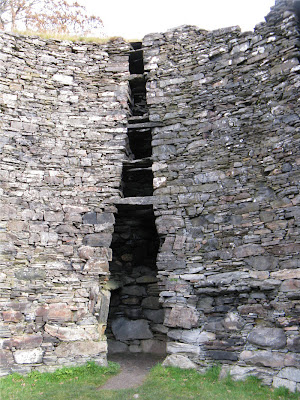 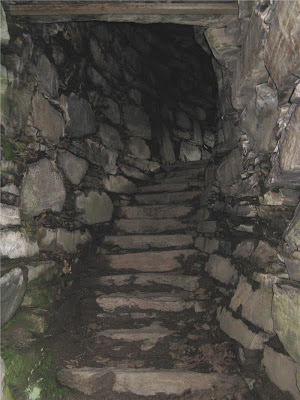 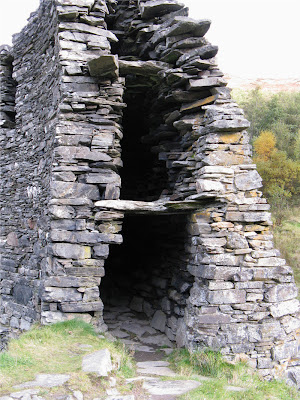 I loved these. And that they are so lost on that little peninsula, with no other tourists around, made them even better.
Posted by John at 9:47 PM