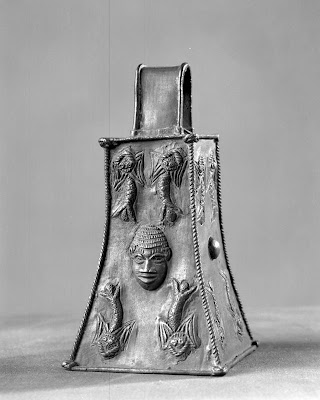 The Benin Empire ruled large parts of west Africa from the twelfth century to 1892. At its height, its ruler could command 20,000 of his own soldiers and 100,000 more from vassals and allies, and he dealt with European states as an equal. Now Benin is best remembered for its remarkable metal work, especially in copper, which reached its height between 1450 and 1650. All of the pieces illustrated here are in the University of Pennsylvania's museum; above is a bell, rung in royal processions. 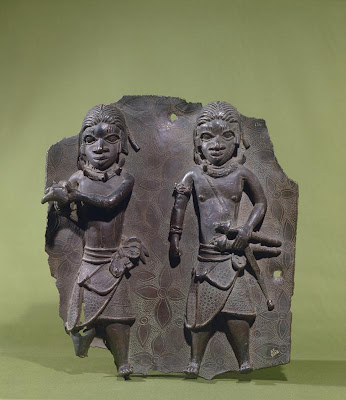 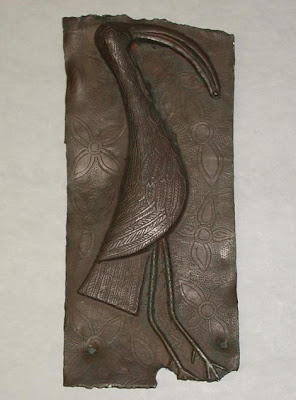 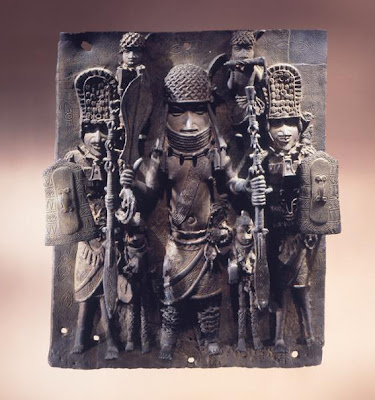 These plaques were once part of altars. 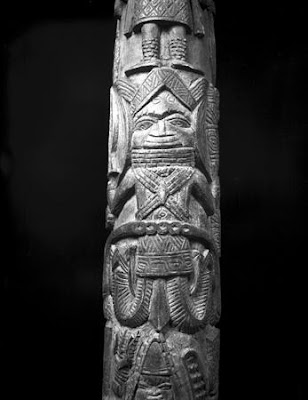 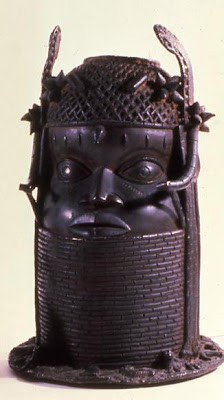 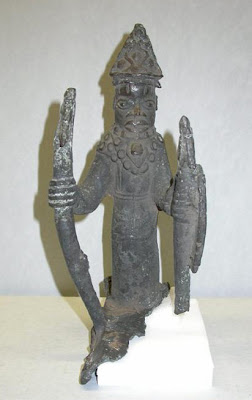