Back at the Grand Rapids Art Prize 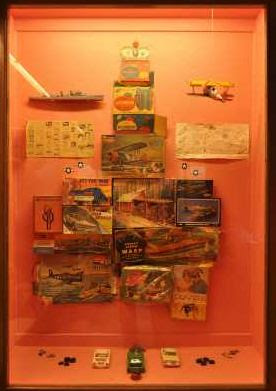 Since I spent so much time a few weeks ago perusing the entries in the 2012 Grand Rapids Art Prize, I checked back to see who won the prizes. The juried prize went to Displacement: 13208 Klinger Street by Design 99, a conceptual piece that seems to have involved removing the contents of an ordinary lower middle class home and putting them in museum cases, with video and audio accompaniment. None of the pieces admired by the jury was a flat picture; all were complex "installations" that make little sense without extensive textual explanations. Painting and drawing are soooo old fashioned. 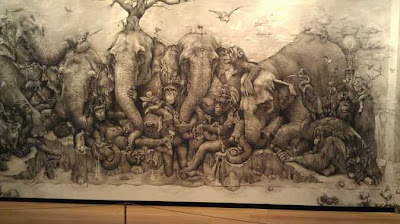 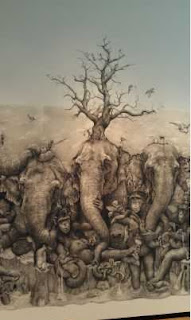 The winner in the public voting was Elephants by Adonna Khare, a large, complex drawing which shows a great deal of technical skill deployed to a puzzling end. But at least the public has not abandoned drawing and painting.
Posted by John at 7:29 AM