Last Day in the Highlands 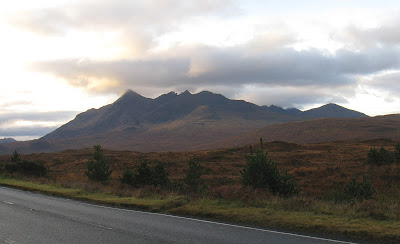 Thursday my daughter Mary and I woke up in our B&B on Skye. It was hard to say goodbye to the island so soon, but we had places to go and things to see. On our way out we stopped to take more pictures of the Black Cullins, which are just so cool. 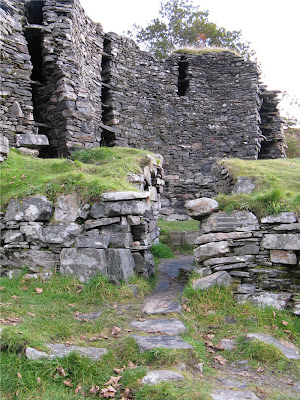 Then we took a long detour to Glenelg to see the Pictish brochs, which I wrote about here. 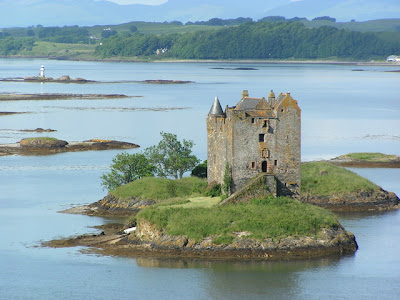 Once we got back to the main road, we drove down the coast toward Oban, searching for castles. The first one we encountered was Castle Stalker, which I had never even heard of -- it was just there, out our window, on its little island. This little tower house was built in the 1440s. (Wikipedia photo because mine didn't turn out well.) 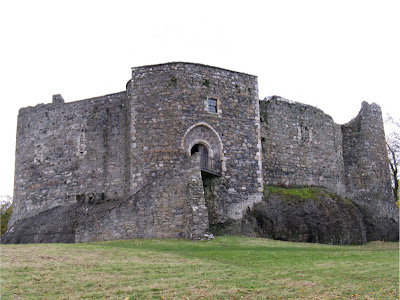 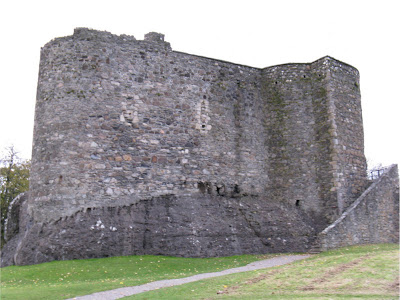 Then on to the castle we had made our next goal, Dunstaffnage. This massive thing was built in the 1240s, incorporating a big mass of natural conglomerate rock. It would have been great except that it is half covered with scaffolding, which I airbrushed out of these pictures. 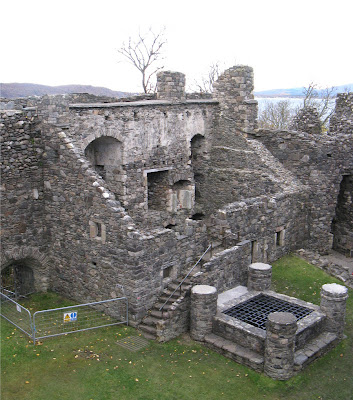 It has the same basic structure as Castle Doune, that is two substantial structures (the gate tower and the hall tower) and a curtain wall with smaller towers. This view shows the remains of the hall tower. 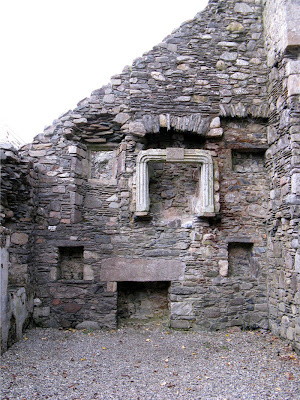 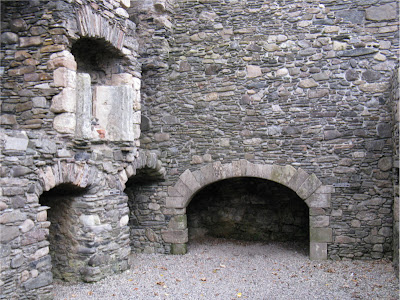 Two views inside the hall, showing the kitchen fireplaces on the lower level and the hall fireplaces above. 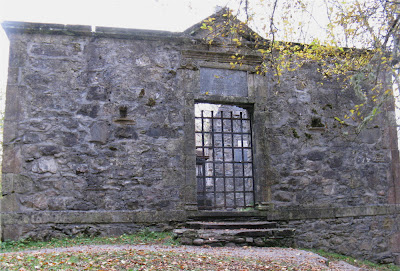 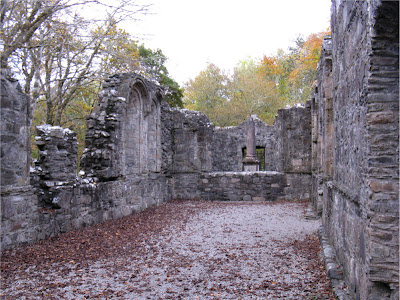 But even better than the castle is Dunstaffnage Chapel. This stone church was built in the 13th century, around the same time as the castle. And what a stunning little ruin it is. 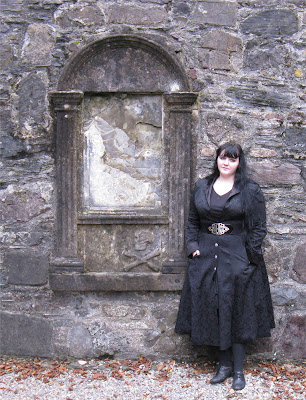 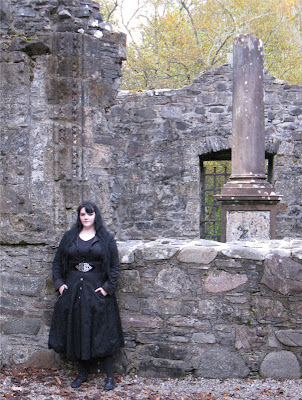 My daughter posed for lots of pictures here, saying she has found the church where she wants to get married. 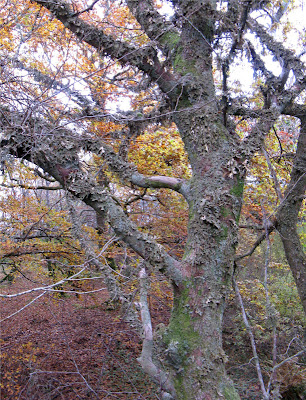 Add in that he place is located in a woodland full of ancient, gnarled trees overgrown with lichen, and that the beeches greeted us with leaves of fire, and it was a truly amazing experience. 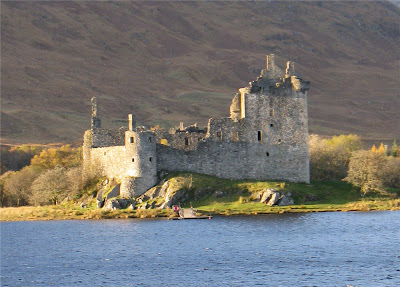 From Oban we headed back east toward Stirling. But along the way we drove by Loch Awe, a lovely body of blue water. At the north end of the lake was the splendid ruin of Kilchurn Castle, of which I have a tale to tell. Mary and I parked at an overlook across the lake from the castle. When we pulled up sun was peaking through he clouds, lighting up the castle most splendidly (as you can see above). It seemed like this might not last long, so we both set off running across the sheep pasture down to the lake shore to get this picture. And ran right into a bog. I sank in to my ankles, and Mary fell down and got wet to her waist. I thought, this is the will-o-wisp for American tourists, a castle lit by a sunbeam luring us to our dooms. 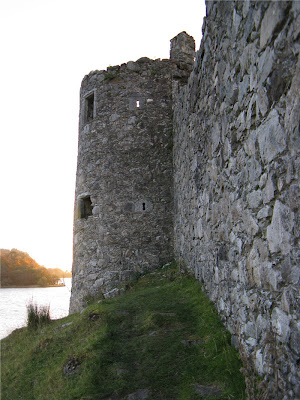 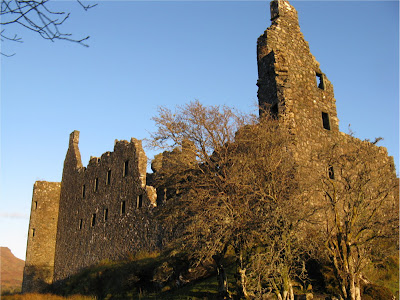 But we escaped from the bog and then walked out to explore the castle. This was built in about 1450 by the Campbell Clan and enlarged in the 17th century. It was closed when we were here -- apparently it is only open in the summer, and in the winter they even take the sign down -- but at least we got a good look at the outside. 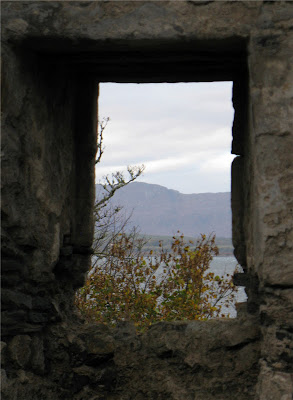 And then back to Stirling, our adventure ended. What a wonderful three days it was.
Posted by John at 10:20 PM