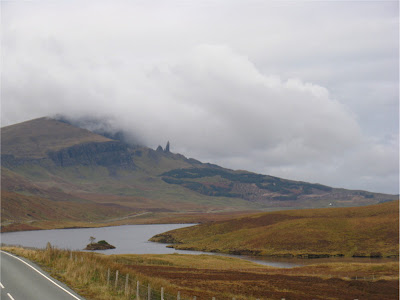 After lunch in the cute town of Portree, we drove north along the east coast of Skye. We lost the rare sunshine that had blessed our morning, but the clouds rolling in gave everything a different sort of grandeur. 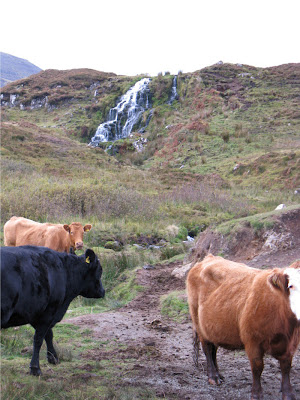 On Skye, even the cow pastures have waterfalls. 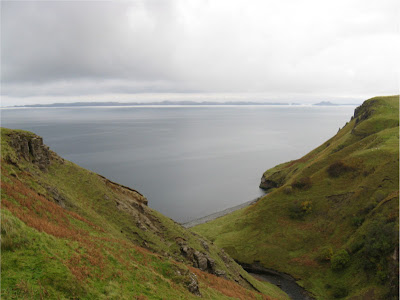 We pulled off at a place called An Lethallt, which was once a loading spot for diatomaceous earth mined a few miles away. Here the sea shore starts to become as spectacular as the hills. 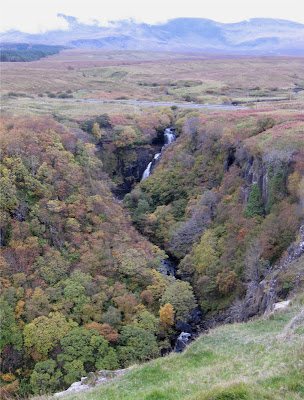 A little river runs down to the sea here, over this waterfall. 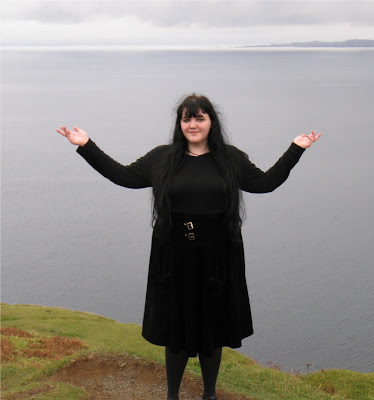 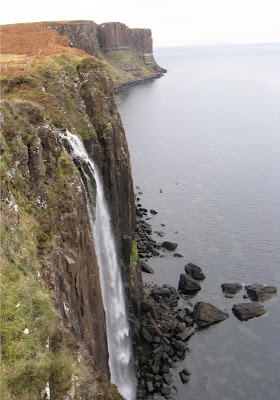 Driving north, the cliffs only got more spectacular. What can you say about this? 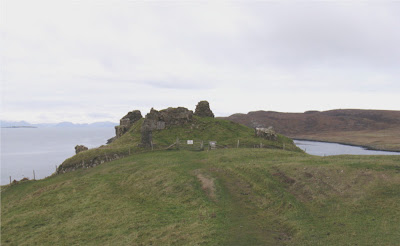 We were losing the light, though, as we rounded the north end of the island and headed back south. I was just starting to think about speeding up the trip back to Portree when we stumbled across another castle: Duntulm, once the seat of the MacDonalds of Sleat. (Sleat is what this part of Skye was called; the MacDonalds were the most powerful family in the Scottish Isles, but this was a lesser branch.) 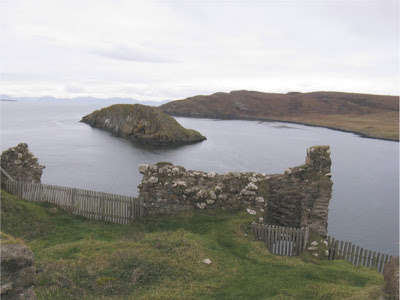 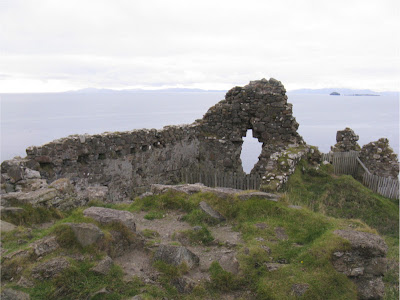 Most of this castle was built in the 1500s, and one section as late as 1650. It was abandoned in 1732, when a less defensible but more livable house was built a few miles away. There was sign saying not to cross the fence, but since it was twilight and there was not a single other person in sight, we chanced it. So this was a three castle day for us. 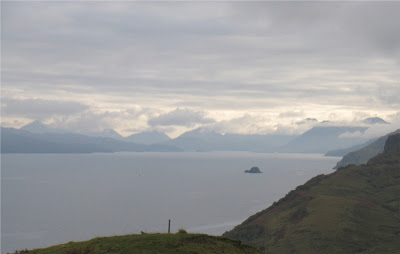