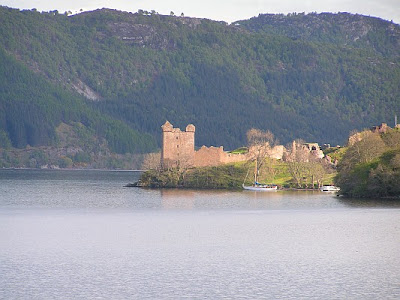 Castle Urquhart sits on a rocky promontory overlooking Loch Ness, guarding the route along the Great Glen that cuts clear across Scotland. Archaeological evidence suggests that this strategic point has been occupied since the Bronze Age, but the current castle dates to the 1200s. 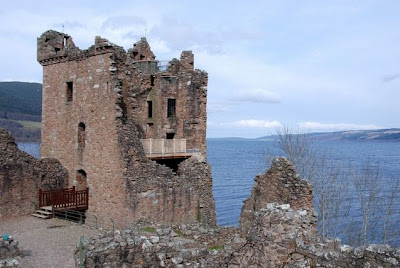 In 1228 the people of the area revolted against King Alexander III, but he put down the revolt within a year. In 1230 he granted this spot to his son in law Alan Durward, who probably built the oldest parts of the castle. 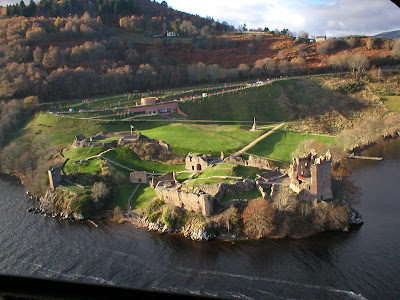 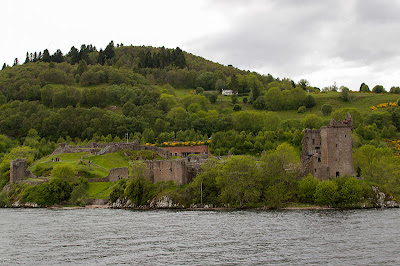 During Edward I's campaign to conquer Scotland the castle changed hands several times. Then from the late 1300s into the 1500s the castle was captured several times by Clan MacDonald, the Lords of the Isles, and retaken by the Scottish crown. 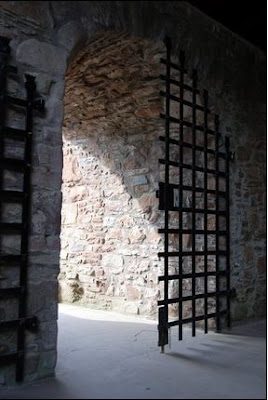 The castle was abandoned in the 1600s, and the locals carried off a great deal of stone for building.
Posted by John at 7:20 AM