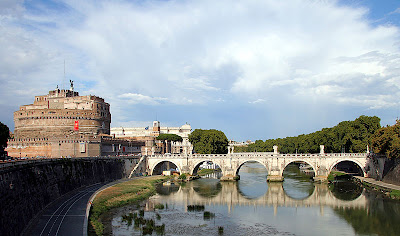 The Ponte Sant Angelo, Rome, was completed in 134 CE by the Emperor Hadrian. (Just writing that makes me shudder -- a bridge, still in use, 1878 years old.) In the 7th century the castle and the bridge came to be known as Sant'Angelo, supposedly because an angel appeared here and announced the end of a plague. In 1450 the ballustrades collapsed under the weight of a crowd of pilgrims. Repairs were undertaken. 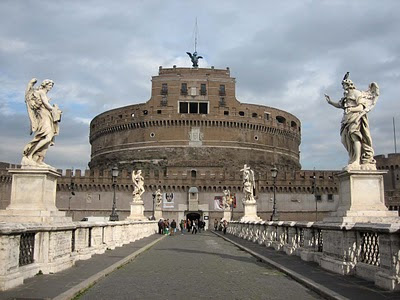 Then in the 17th century Pope Clement IX, bored by the plain bridge, commissioned Gianlorenzo Bernini to decorate it. Bernini planned ten angels holding the instruments of Christ's passion. However, he only finished two, and the Pope took them both for his own quarters. So all ten of the angels on the bridge were made by other artists; two are copies of the ones Bernini finished, and the rest were made to Bernini's general plan. Some of the artists were from Bernini's workshop, and they may have worked from preliminary sketches or terra cotta models by the master. 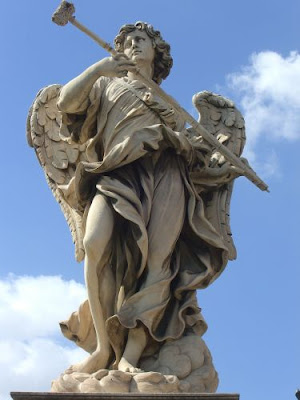 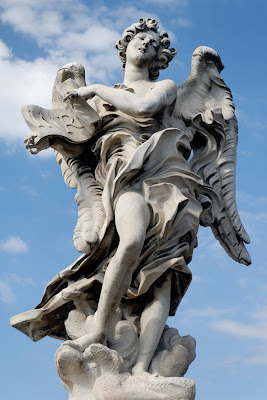 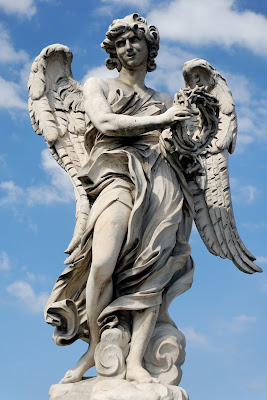 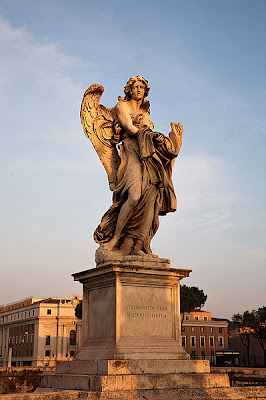 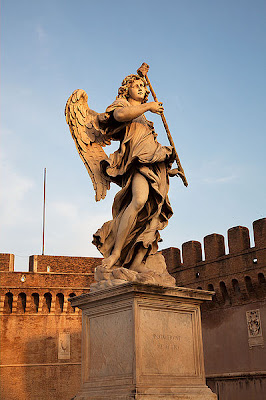 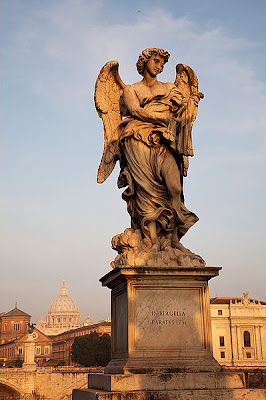 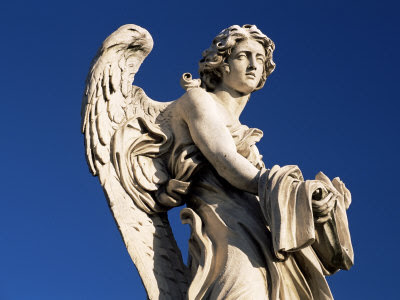