The Meeting of Strangers at Lepenski Vir 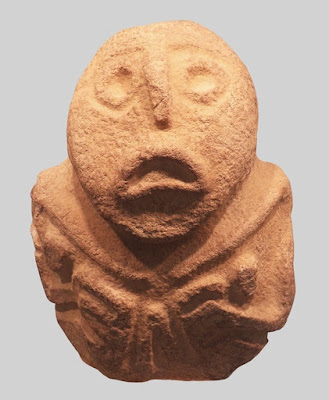 Lepenski Vir is a wonderful archaeological site on the Danube at the Iron Gates, where great rapids used to be one of the world's best sites for fishing. Now this whole stretch of the river has been drowned by dams, but that led to the site being thoroughly excavated in 1965-1970. 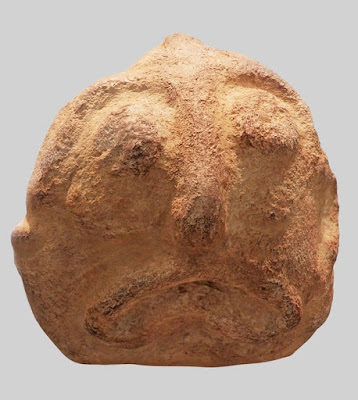 The site is remarkable in many ways. For one there are the many stone sculptures of what many archaeologists think of as fish-men, unique in the region and possibly related to old ideas about shamanism and death as a passage into a watery afterlife. 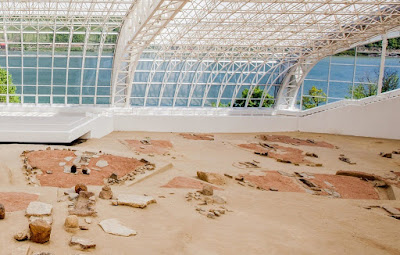 The site also had very strange, trapezoidal houses, also unique in this region, and it seemed to mark the very first arrival of Middle Eastern farmers in the area. 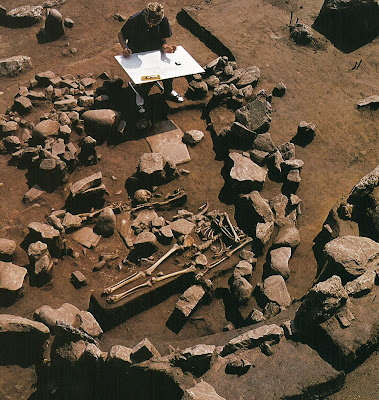 The Times has a story on the site today, written by a reporter who visited the local museum and was blown away by what he saw. He reports on the new discoveries about the site, made through studying ancient DNA from four skeletons:

The dating of the skeletons showed a range. The one with mixed heritage was from 6070 B.C.E., or about 8,000 years ago. The farmers were dated as 6200-5600 B.C.E. And the hunter-gatherer probably earlier than the others. 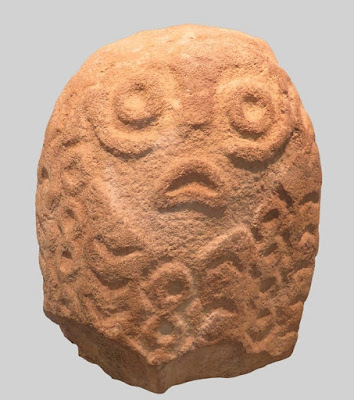 Wonderful to imagine that this unique site emerged from the meeting of farmers and hunters on a cultural frontier.
Posted by John at 7:38 AM