In the second half of the nineteenth century there was a revival of sculpture in the great Baroque mode, and this revival was especially strong in Italy. One of these neo-Baroque sculptors was Vincenzo Gemito (1852-1929). 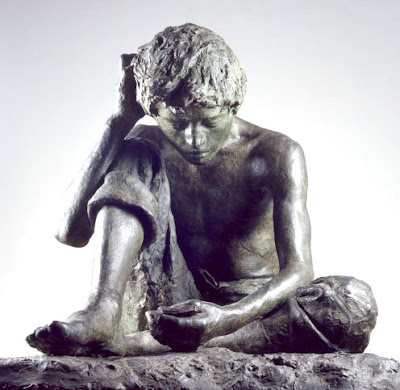 Gemito was abandoned on the doorstep of a foundling hospital when only a few days old, but he survived and was eventually adopted by a poor artisan. The skill in his hands was such that he was helping out local artists before he reached his teens, and he sold his first original work at 16. 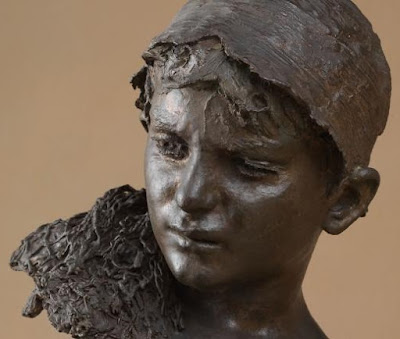 He exhibited this Neapolitan Fisherboy at the 1877 Paris Salon, and it brought him acclaim and so many commissions he ended up staying in France for three years. 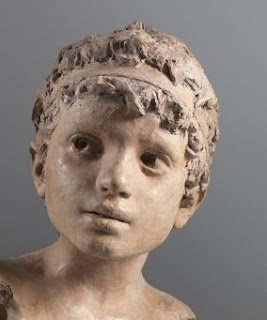 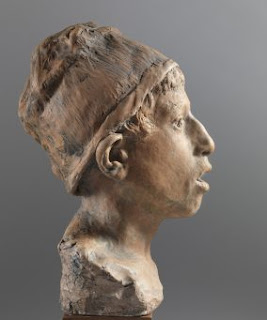 The realistic figures of this period were and still are very popular. For a while Gemito had his studio in the archaeological museum in Naples, surrounded by hundreds of ancient sculptures from Pompeii and other nearby sites. 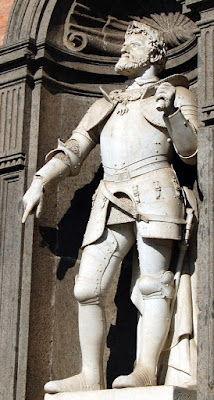 Flush with cash, Gemito built his own bronze foundry in 1883. In 1886 he completed his only important public commission, a marble statue of Charles V, Holy Roman Emperor.

Then something happened. According to the Getty,


In 1887 Gemito suffered a mental collapse and withdrew to one room, concentrating entirely on drawing and seeing few friends.

Italian wikipedia blames the commission for that marble Charles V:


Disoriented by the unusual historical theme, the artist could only make the plaster model and the bronze sketch of Charles V, unable to translate it into marble: the work, which was conceived academically in the old style and was totally detached from his poetics, caused him a serious nervous breakdown that led him to hospitalization.

A "nervous breakdown" seems a rather lame description of what happened to Gemito, since he suffered from hallucinations for a decade afterward and did not resume sculpting for twenty years. A year after the breakdown Gemito escaped from the nursing home where he had been hospitalized and spent the years that followed in seclusion at home. 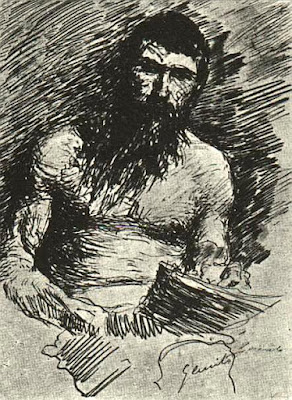 During this period Gemito focused on drawing, resulting in strange works that look like this self portrait. 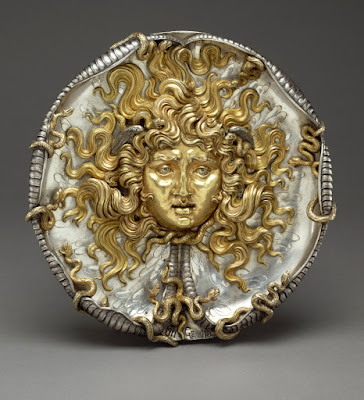 And then in 1909 he suddenly resumed sculpting again. He also took up gold- and silver-smithing, creating works like this Medusa of 1911. 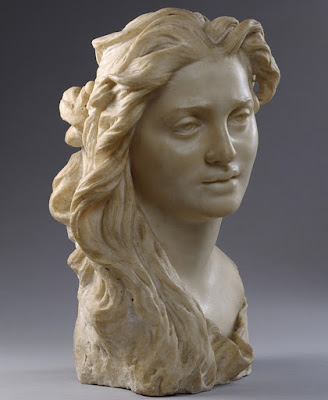 But all in all he seems to have done pretty well for himself for a foundling.
Posted by John at 8:12 PM

I'm assuming this was meant to be "on the doorstep of a foundling hospital", or something similar? Although I must admit, the idea of a foundling being found by another foundling is somewhat amusing...