Orientalism, Europe, and the World 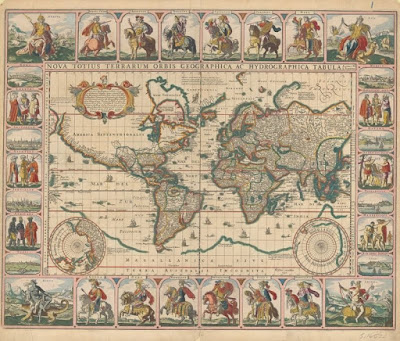 I've been reading a long, very weird book, Compass by Mathias Énard, which won the top French literary prizes in 2015. It is set entirely within the head of a middle aged scholar on one sleepless night, during which he reminisces about the course of his life and the things he has cared about. He is a professor of music, and his specialty is the connections between western and Middle Eastern music, everything from western composers trying to create exotic tunes to the first performances of European symphonies in Istanbul or Tehran. He has a theory, as such people do: that the whole modern movement in music, from Haydn and Mozart to Bartok and Schoenberg, was driven by the encounter with Middle Eastern music. He produces a stream of anecdotes about composers' fascination with Middle Eastern sounds and with Oriental culture more generally – some famous western musicians collected Turkish instruments or swords or liked to dress up in Turkish fashion. 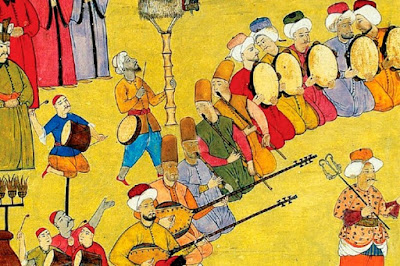 (Yes, Mozart and Haydn were modern composers. Since we know next to nothing about Greek or Roman music, the idea that they were "classical" is absurd; theirs was, people often say, the first artistic movement to leave the past completely behind.) 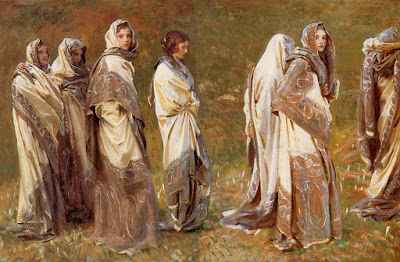 Our professor goes on (he keeps going on, one half mad idea, one reminiscence to the to the next, for 450 pages) to painting, noting how Orientalism was the cutting edge of European art in the nineteenth century, and how all the top artists went to Turkey or North Africa or Syria to paint exotic scenes and absorb a different atmosphere and way of life. A later generation of artists (Picasso, Brancusi) looked to West African art, and some modernist architects were obsessed with Japan. 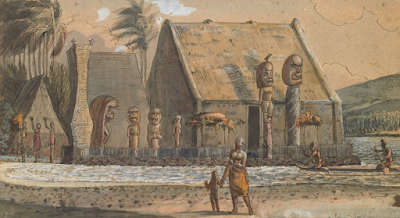 I have no idea how much of the theory about music is true, or even how many of these anecdotes Énard made up. But it is a facet of an important theory I have been pondering for years, about how Europe came to dominate the modern world. To summarize: Europe dominated the world by drawing all the knowledge of the world to itself, by learning more about the whole planet than anyone else ever had. The engines of European power were not just the locomotive and the machine gun, but the encyclopedia, the university, the natural history museum, those coffee house in London or Amsterdam where traders could catch up on gossip from Hong Kong and Jakarta. It was information that made Europe great. 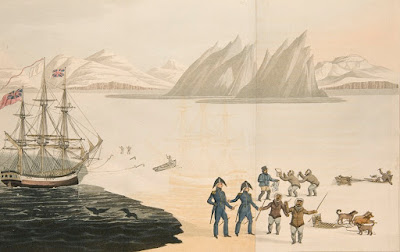 I do not accept the hard version of this thesis, which makes Europe a sort of parasite; Europeans invented a staggering amount of stuff, from new kinds of mathematics to electric motors. What interests me is how the European imagination was stimulated by the constant flow of new information of a thousand kinds. Consider that Darwin dreamed up natural selection after seeing the animals of South America, Alfred Russel Wallace after studying those of Southeast Asia. Plate tectonics originated from pondering how the continents fit together, and the best evidence for it is still a map of all the volcanoes and earthquake zones in the world. Radical social thinkers like David Hume and Karl Marx studied Native American and Middle Eastern societies; radical philosophers like Schopenhauer and Nietzsche studied Buddhism. The diversity of knowledge available to an educated European in 1850 dwarfed what any human might have known before. To the old heritage of the classics and the Bible (which continued to be fruitful sources of insight) exploration had added Chinese philosophy, Buddhist psychology, Eskimo vocabulary, Aztec religion, African music,  Polynesian sexuality, and a million other things. 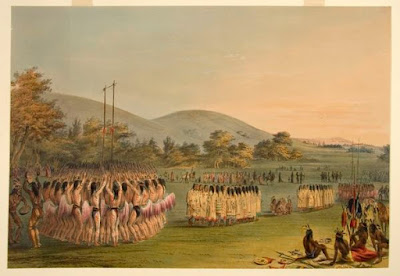 It is, as I have argued here many times, hard to be original. It is hard to break the confines of the world we grew up in and imagine something radically different. The experience of the past few hundred years suggests that the easiest way is by encountering new ideas from outside. These might come from the past, as with the Renaissance rediscovery of ancient atomism, but mostly they have come from elsewhere in the world. Énard's model of modern music would be, if it is true, a great example of this: faced with the problem of how to somehow get beyond the mathematical perfection of Bach, composers used what they knew of Ottoman battle horns (there was a collection in Salzburg) or gypsy airs to help them create new music. 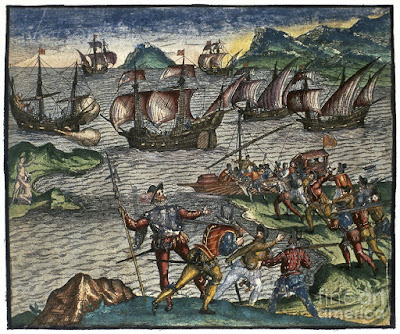 What Europeans learned as they explored the planet was not just new facts; they learned that there were a thousand different ways of doing anything. David Hume wrote an essay on different models of marriage around the world; John Adams wrote a book about all the different political systems he knew, from ancient Rome to the 18th-century Iroquois League. Curious Europeans never lacked for alternatives to what they had grown up with, and this knowledge helped them become radically creative and remain so for 400 years.
Posted by John at 6:32 AM

This is a very interesting idea, and I think it's right in many ways. Thought-provoking in many directions, as well. So many resonances!