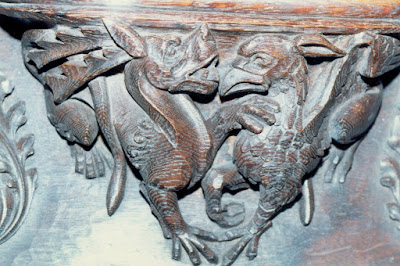 Carvings on folding seats in medieval churches. The oldest surviving misericords date to the mid 1200s, but most were made after 1400. In England the practice mostly ceased after 1550, but it continued in Germany and the Low Countries down to the 1700s. (Canterbury Cathedral, late 1300s) 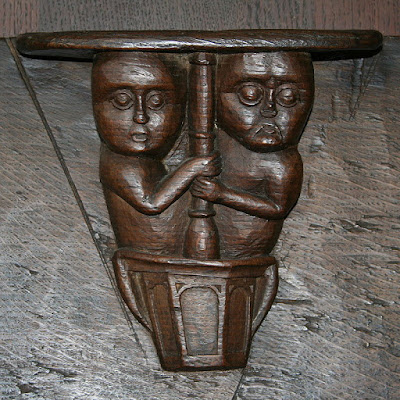 One of the oldest, from Hastière-par-delà in Belgium, c. 1250. It shows a man and woman fighting over a pestle and thus, one supposes. over power in the household. 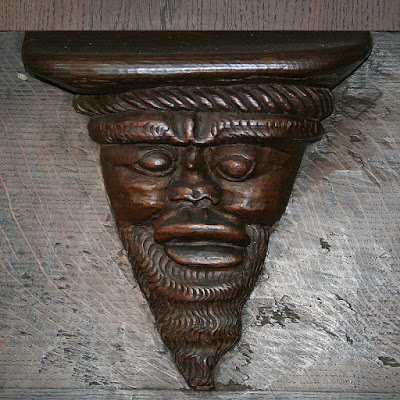 Another from the same 13th-century set. 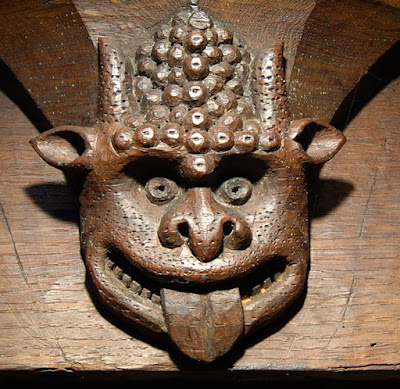 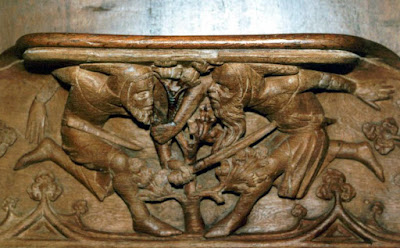 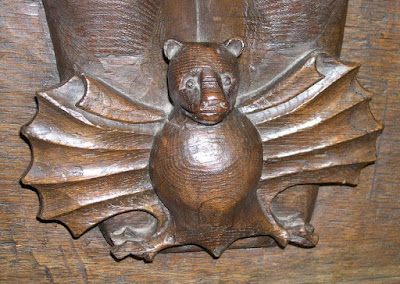 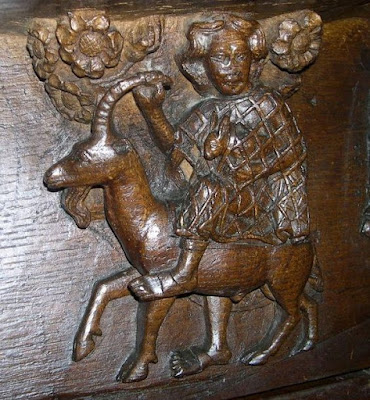 Here's an illustration from a folklore, a variant of The Clever Daughter. She is going before the king "neither on horse nor on foot," thus, on a goat, one of several riddles she solved to free her father from prison. From Worcester Cathedral, c. 1379. This story was first written down in the early 1800s but this carving shows it was at least 400 years older. 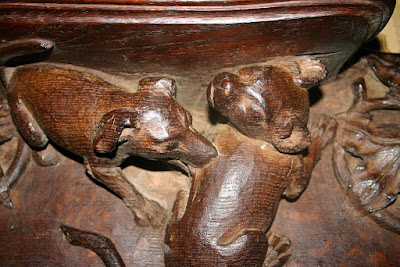 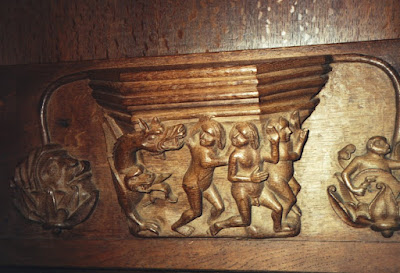 Some naked people in trouble, from Bristol Cathedral, c. 1520. 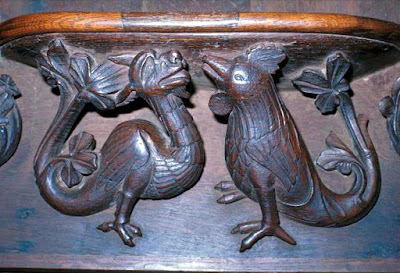 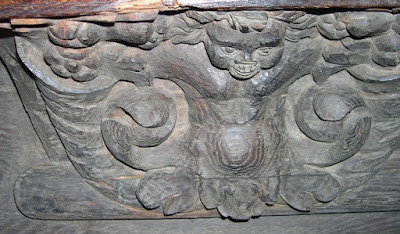 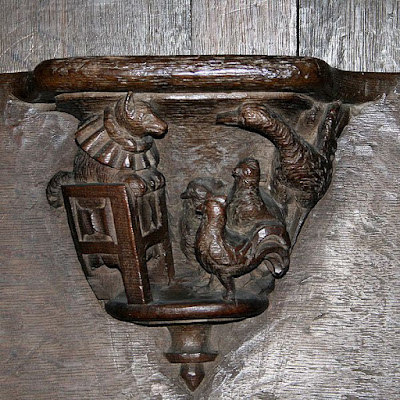 The Basilica of St. Materne in Walcourt, Belgium has a very famous group of amusing misericords from the early 1500s. Here a fox preaches in the hen house. 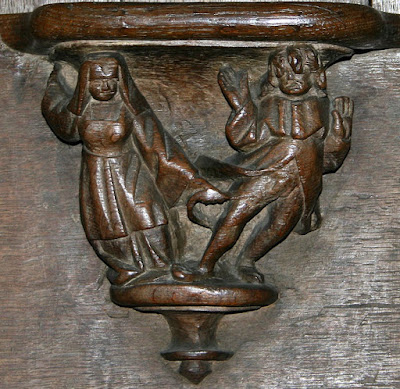 From the same church, a woman leads a man by a rope tied to his cock, which wikipedia helpfully tells us "represents the stronger sex in thrall to the power of lust." Carvings like this -- along with muffin tins and other low arts -- are our best glimpse into medieval humor. 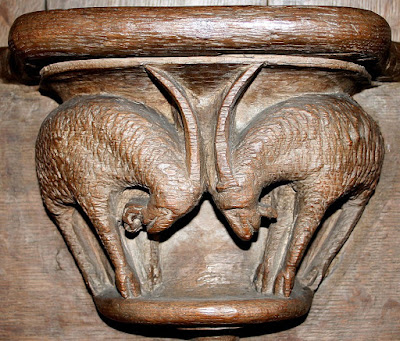 And one more from Walcourt. Wikipedia has a lot of these and misericords.co.uk has thousands.
Posted by John at 4:10 PM