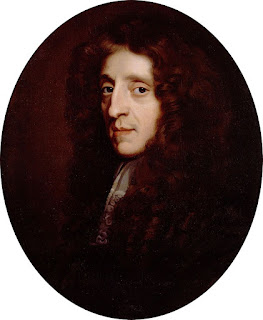 The discovery of a new John Locke manuscript lying in a library cupboard, apparently a very early version of what became his famous Letter on Toleration, provides me an excuse to explain why I like him so much despite his being (sometimes) such a narrow-minded wighead. He wrote a lot, some of it heated political arguments, and he regularly fell back on conventional-sounding biolerplate about order and property and what all. His imagination was limited, and by "humanity" he often seemed to mean property-owning Englishmen. He considered the divinity of Jesus to be Manifest and Reasonable, and his idea of toleration seems to us remarkable intolerant. But sometimes he did much better, and reached much farther, and I think he really tried both to understand how we can learn about the world, and how we can set up a government that will work best for everyone.

Locke's whole philosophy of knowledge revolved around uncertainty. Against the Christian Platonists who thought that Truth was God and accessible through religion, and against the Aristotelians who thought it could be derived with logic, Locke always argued that the truth was hard to find and very easy to get wrong:


No man's knowledge can go beyond his experience.

For where is the man that has incontestable evidence of the truth of all that he holds, or of the falsehood of all he condemns; or can say that he has examined to the bottom all his own, or other men's opinions? The necessity of believing without knowledge, nay often upon very slight grounds, in this fleeting state of action and blindness we are in, should make us more busy and careful to inform ourselves than constrain others.

I attribute the little I know to my not having been ashamed to ask.

I have always liked this line, which I think concerns the usefulness of our limited human understanding:


It is of great use to the sailor to know the length of his line, though he cannot with it fathom all the depths of the ocean.

In politics Locke was a pioneer of a kind of thinking that has been influential ever since. He believed that the goal of our politics ought to be maximizing human freedom, but at the same time he believed that the biggest threat to freedom was chaos. So he thought that to protect freedom we need a state strong enough to preserve order:


The end of law is not to abolish or restrain, but to preserve and enlarge freedom. For in all the states of created beings capable of law, where there is no law, there is no freedom.

The interesting part of his political theory, which had such a big influence on the authors of our constitution, was about how to design a state strong enough to maintain order that would not immediately use that power to destroy freedom. Maybe his ideas (separation of powers, enumerated rights) have not worked perfectly, but what has?


Wherever violence is used, and injury done, though by hands appointed to administer Justice, it is still violence and injury, however colour'd with the Name.

I have always thought the actions of men the best interpreters of their thoughts.

He that will have his son have a respect for him and his orders, must himself have a great reverence for his son.