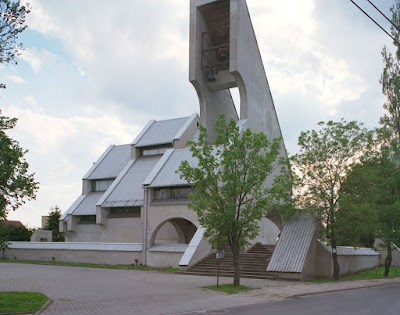 A 90-percent effective regiment for treating the most drug-resistant strain of tuberculosis.

The humans who work all day training AI to recognize things.

The work ethic at Amazon: When you hit the wall, there's only one solution: climb the wall.

A long, rambling piece arguing that what's behind the ideological turmoil on campus is discontent within the elite, who know they should be providing leadership for the world but have no clue how to do that and therefore feel horribly guilty about their status. The crusade for social justice is "absolution from guilt."

"Do not be surprised if more and more of Western Europe sees Polish nationalism as a model to be copied." Also, Poland is making efforts to keep its young, educated workers from emigrating (about a million Poles live in Britain) and is paying bounties for babies, but the only growing part of the population is migrants from Ukraine.

DNA testing is revealing to more and more people that their sperm donor fathers were actually the fertility clinic doctors.

Facebook's massive audit, intended to locate and repair anti-conservative bias, mainly discovers that both sides think everything is biased against them.

World War II was such a gigantic event that big battles in which thousands died can be almost completely forgotten. So take a moment to consider the Battle of Montélimar, fought 75 years ago this week. German forces in southern France, overwhelmed by the scale of the Allied landings known as Operation Anvil/Dragoon, were retreating up the Rhône Valley when American reconnaissance battalions seized high ground near the town of Montélimar and attempted to block them. Over the course of the next six days the Americans moved more men and especially more artillery into their threatening salient, while the Germans fought desperately to break out. Eventually the Germans won through, but not until US artillery had destroyed 4,000 German vehicles and 10,000 Germans soldiers had been killed or captured. US casualties were about 500 killed and 1,000 wounded.
Posted by John at 7:24 AM

But it's kind of strange feeling to read positive things about my country AND to hear that after visit in Warsaw, the most liberal and secular part of the country, Poland is nationalist and ultra-catholic :D