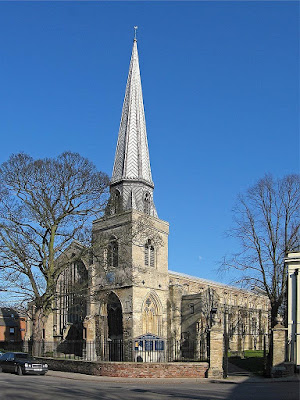 St. Nicholas' Chapel is one of those semi-churches, where mass was held on Sundays but not weddings or baptisms. The first version was built by William Turbus, Bishop of Norwich from 1146 to 1174, so that some residents of his own rural manor would have their own church and not have to walk into King's Lynn. 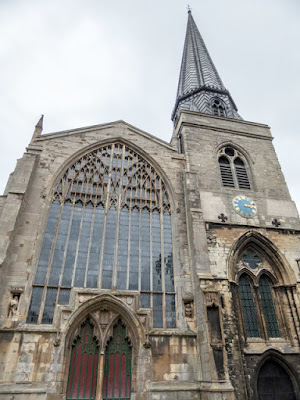 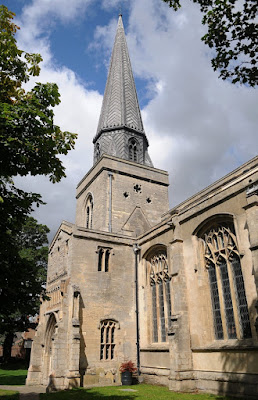 What you see now dates from a complete rebuilding carried out in 1380 to 1413, when King's Lynn was a wealthy English trading town. By then the site had been absorbed by the growing town, so the chapel served an urban neighborhood. 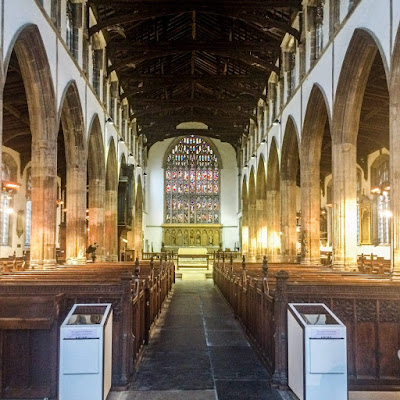 The memoirs of famous mystic/madwoman Margery Kempe mention the ongoing dispute over whether this would become a parish church in its own right; she was told by an angel that it would never do so, and lo it never did. 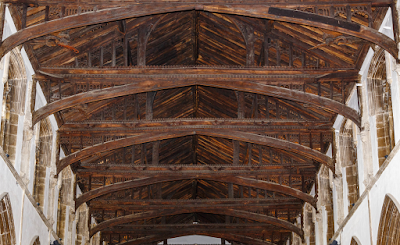 The wonder of the place is hidden up in the 15th-century roof, hard to see from the floor. 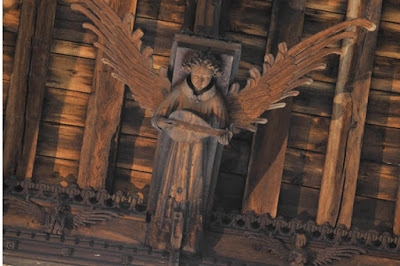 These are the musical angels, which are dated to the mid 1400s. There are a lot of good pictures of these around because they were restored in 2015-2017. 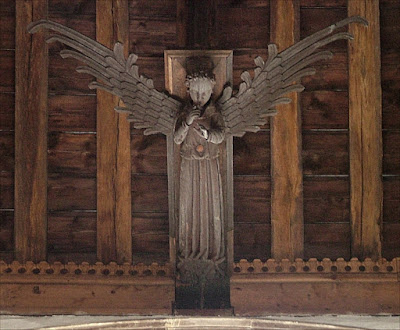 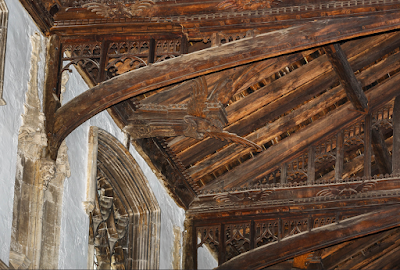 Amazing, the things one can stumble on in old English churches. 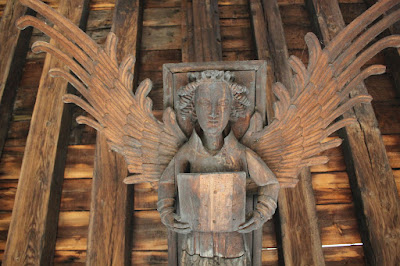