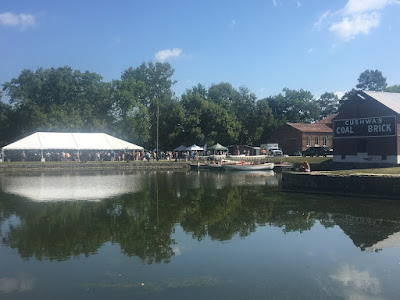 Today I went up to Williamsport, Maryland for a double ceremony on the Chesapeake and Ohio Canal. This was a big deal: the governor was there, along with both senators, the local Congressman, the Deputy Director of the Park Service, and assorted local bigwigs. 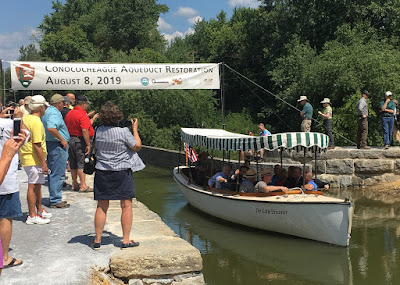 The ceremony marked two events. First was the ribbon cutting for the restored Conococheague Aqueduct, which carries the canal over Conococheague Creek. I did the archaeology for that back in 2010. 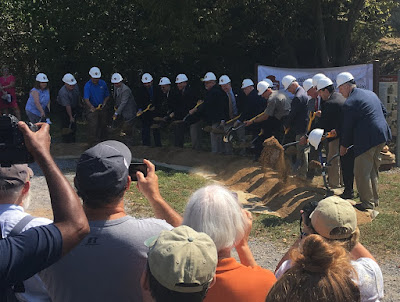 Then they did the symbolic ground-breaking for the new park Headquarters, the project I have been working on all this year. 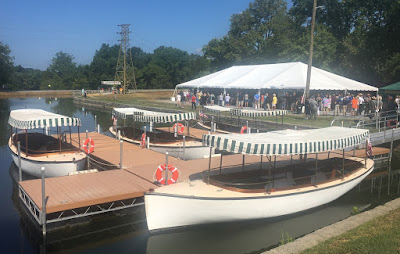 As I watched all this I was thinking about the people who complain we don't have enough rituals any more. But here was a ritual, carefully scripted, full of rote words and striking gestures backed by centuries of tradition. 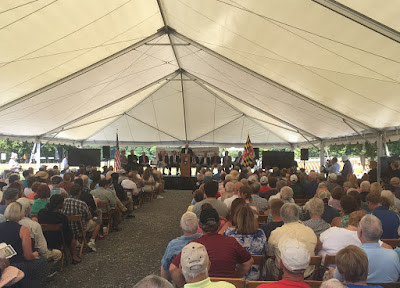 A few hundred people showed up. I'm glad I went, and I enjoyed having much made of projects that  I have worked on. (Senator Ben Cardin in the tent, reminding everyone that he wrote the funding bill that made all this possible.) 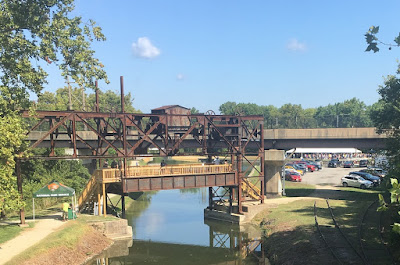 View as I arrived, with the festivities already under way in the background. In the foreground is the railroad lift bridge from c. 1920. Since rewatering the canal cut off the old walking route across it, they needed a bridge, and since this whole area is a historic district it has been hard to find a way to build a new one. So they decided that as a temporary measure they would build this wooden structure that allows people to cross via the lift bridge without damaging it. 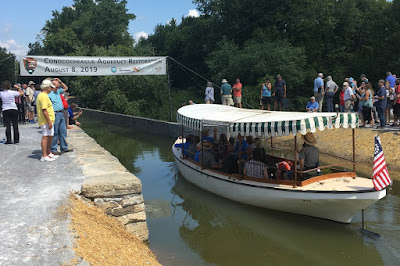 And now you can ride boats on the canal again.
Posted by John at 6:07 PM