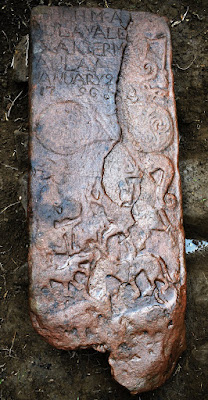 
Archaeologists have discovered a rare Pictish symbol stone that was reused as a headstone in the 18th century. It was found during a survey of an early Christian church site near Dingwall in the Scottish Highlands. It had been identified as a likely cross slab dating to the late 8th century. An inscription squeezed in on the top left of the front face reads: “Hugh McAulay Alexander McAulay January 2 1796.”

The stone is about a meter tall (3.3 feet), so likely about half remains missing. 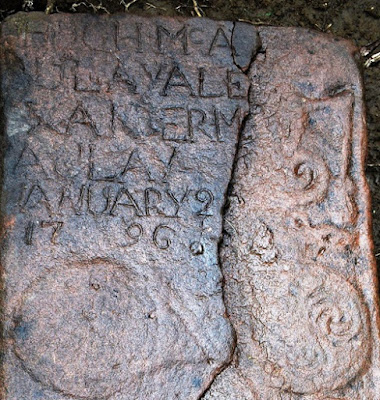 I wonder if the people who reused it knew it was ancient? Scholars had published quite a bit about the symbols stones by then, so the McAulays might have intended to associate themselves with the old Picts. 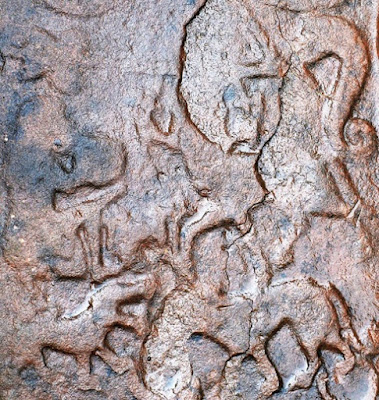