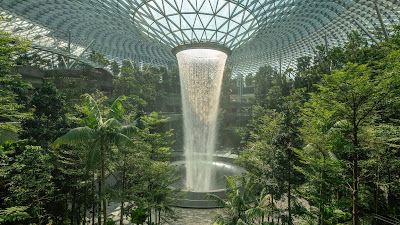 When the government of Singapore wanted to expand their airport and make it more attractive to travelers, they turned to Moshe Safdie Architects, a US/Canadian firm which had already done several big projects in the city. 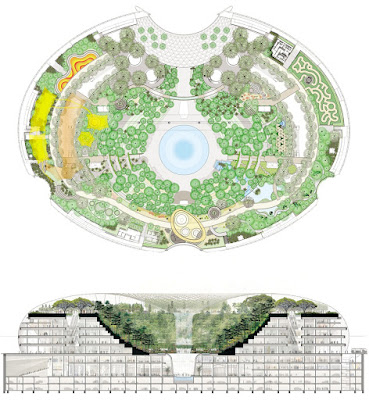 They produced the deisgn that became Jewel Changi Airport, a giant concourse/shopping mall/place to be built around an enormous indoor garden. 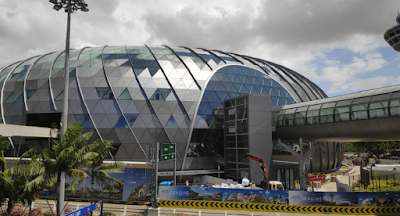 It's nothing special from the outside. 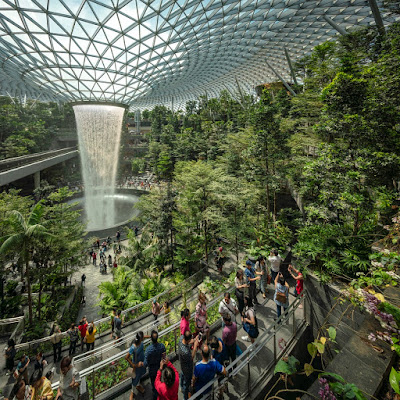 But you have to admit that the central open space is amazing. 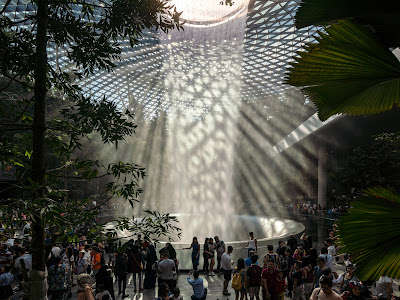 
Jewel weaves together an experience of nature and the marketplace, dramatically asserting the idea of the airport as an uplifting and vibrant urban center, engaging travelers, visitors and residents, and echoing Singapore’s reputation as ‘The City in the Garden’. 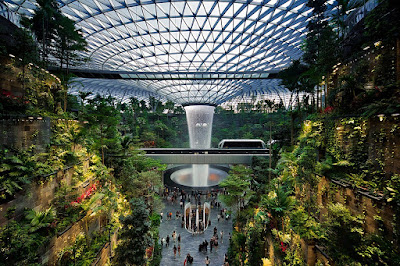 In the center of the space is the Vortex, an oculus that allows rain to fall through, forming a five-story waterfall. Which was briefly the world's tallest indoor waterfall before being surpassed by one in China. 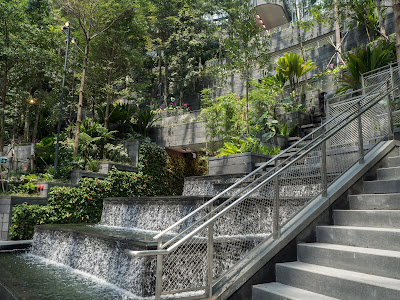 The cost is said to be $1.5 billion, and I bet that is only part of the real tally. Do you suppose any American city could build such a place? I don't think so. And maintaining this indoor forest will not be cheap. 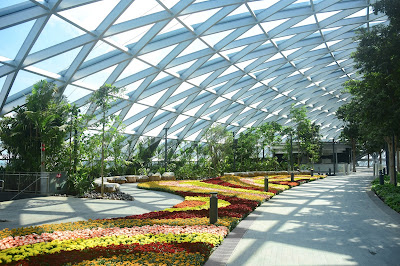 Singapore can afford to do this because, with no military to speak of, they invest all their tax revenue in making the city more attractive to people with money: investors, tourists, organizers of international conferences, and the like. 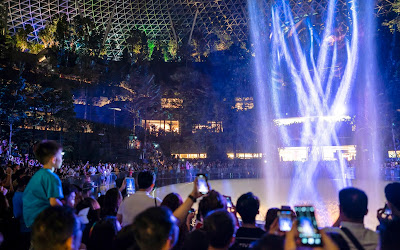 So far it has worked very well for them, and this is certainly a very striking creation. 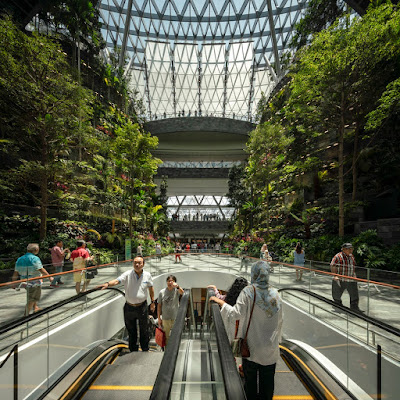 The same architect designed the Jepson Museum (opened 2006) here in Savannah. VERY modern, it caused quite an uproar as it is located in our historic district.

It looks nice, but what about moving through it and catching your flight? I'd be worried that getting from one side to the other might be a pain.

That said, it very much reminds of me something Disney might build.

I wonder what sorts of things we might achieve like this if we didn't spend so many trillions of dollars on bombs, bullets, blood, and bodies.