The Energy-Rich Ocean of Enceladus 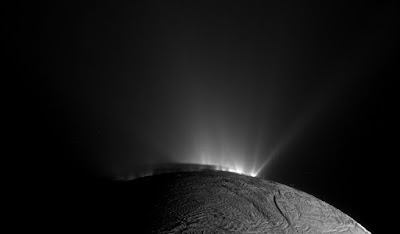 Back in 2015, the Cassini spacecraft flew through the plume of particles that erupts from the south pole of Saturn's small moon Enceladus. Cassini was not designed to look for life, but it does have a simple set of chemical sensors. Those censors showed that while the plume is mostly water vapor, it contains some methane and elemental hydrogen. 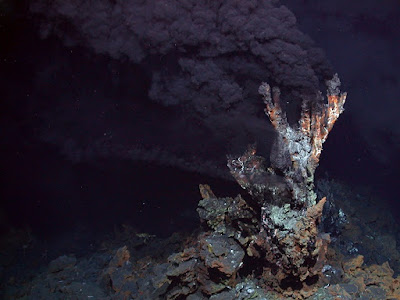 Just recently some scientists associated with the Cassini program published a study that shows the chemistry of the plumes is not in equilibrium. That means there is chemical energy available in Enceladus' subsurface ocean that could sustain life. The authors think the process is similar to what happens at hydrothermal vents in Earth's oceans, which as we know are teaming with all sorts of weird life. Very cool. 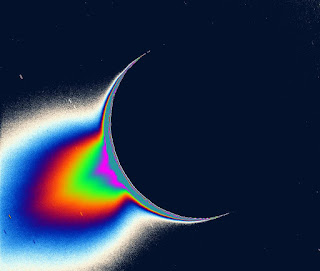 But on the other hand, if there were life in that ocean, wouldn't it be using up all that energy and returning the mix to equilibrium? If what we are talking about is just microbes that grow and reproduce by feeding on that chemical energy, that's what we would expect. Away from the hydrothermal vents, Earth's oceans don't show that sort of energy-rich dis-equilibrium. But on the other hand Earth's atmosphere is dramatically out of equilibrium (that's why things catch on fire) and has been for a few billion years. I have not yet thought of a set of reactions that life on Enceladus could be using to capture energy and yield the mixture of molecules that these tests reported, but remember that Cassini's chemistry capability is very limited, so a lot might be going on that has been missed. 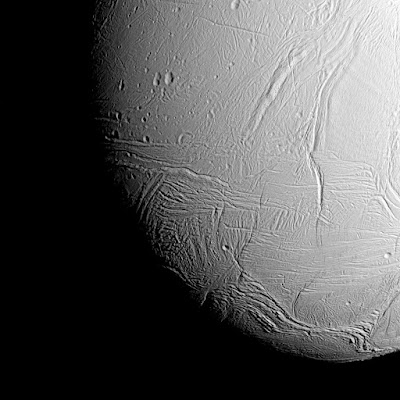 I would have to say, though, that while I am intrigued by the possibility of life on one or more of these moons the odds are starkly against it. So far as we can tell, most of the universe is empty of life. I think one of the most important questions to ask about the big processes of the cosmos is, why haven't we been visited by aliens, or at least alien robots? Surely we are within a century of launching such probes ourselves. So beings like us must be very, very, extremely, extraordinarily rare. We have discovered that planets are very common, so that can't be the limiting factor. To me that leaves two major questions: how often does life arise? and how often does life, once it appears, evolve intelligence? I think the simplest way to answer the question about aliens is to assume that the answer for both questions is, not very often.

But I'm still willing to pay my part of a powerful mission to one of these moons to find out more.
Posted by John at 8:04 AM