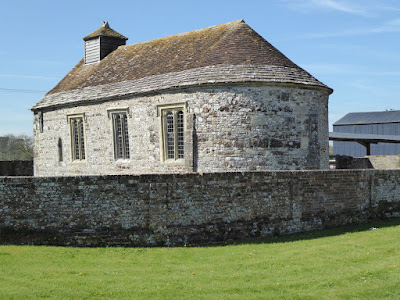 British designer Ben Pentreath was exploring the countryside of Dorset last week when he stumbled across this remarkable little church, and he published an amazing set of photographs. 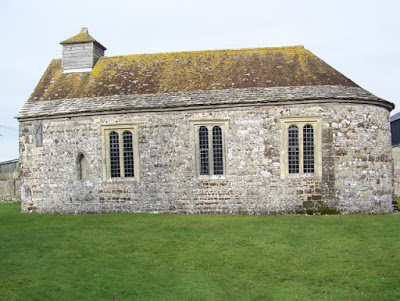 This is St Andrew's Church in Winterborne Tomson. The former village of Winterborne Tomson has pretty much disappeared, and this little church now sits within a private farm. It was officially declared "redundant" by the Church of England back in 1972 and now belongs to the Churches Conservation Trust. According to wikipedia the church was built in the 12th century, but the windows were inserted and the roof replaced in the 16th century. 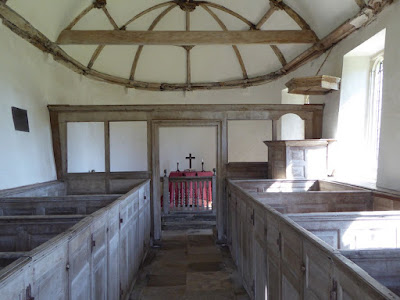 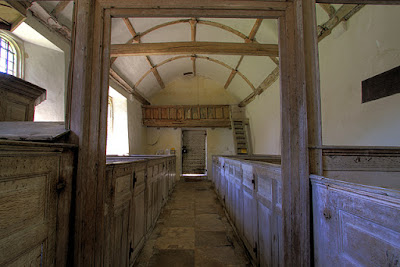 The glory of the building is the interior woodwork, which dates to the early 1700s. This was paid for by William Wake, Archbishop of Canterbury, who grew up nearby. 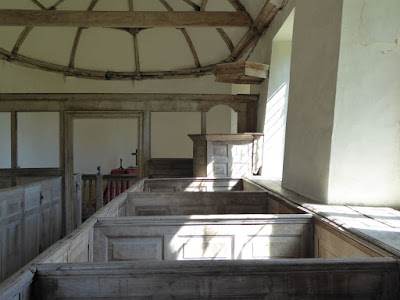 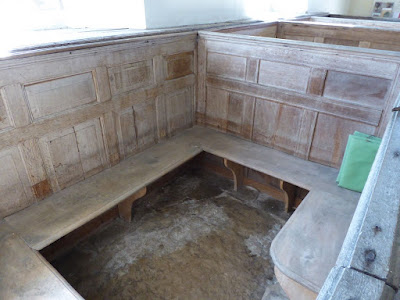 I don't actually know how many English churches preserve these pews, which were the normal arrangement from the 16th century until 1800 or so. Each box would have been "owned" by a family, which paid for the privilege, the cost depending on how close the pew was to the front. (Poor folk stood in the back.) That was also the most common arrangement for Anglican churches in colonial Virginia; families like the Washingtons and the Jeffersons owned front rank pews. But I must have been into a hundred such places across England and I've never seen them, so they are not very common any more. One of the ways we differ from our ancestors is that we are a little bit embarrassed by hierarchy, but they took it as a fact of life – nay, they took it for a keystone of the universe. 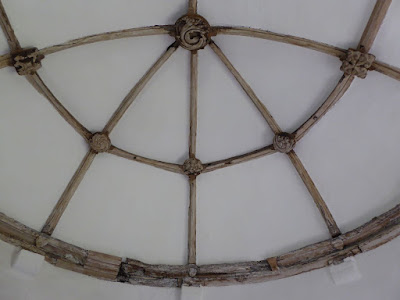 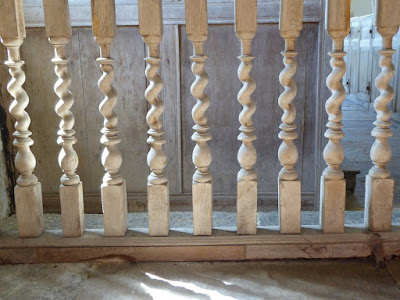 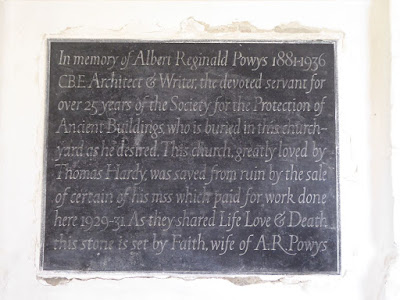 In the early 20th century the church had fallen into disrepair and was being used as a barn by a local farmer. This plaque records the repairs made in 1929-1931 by a local committee led by architect A.R. Powys, who sold a collection of Thomas Hardy’s manuscripts to raise the funding. 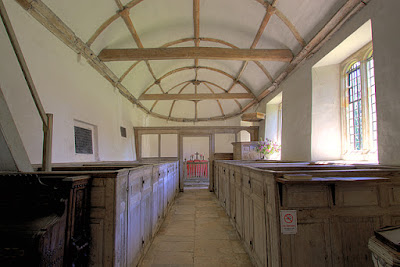 One of the wonderful things about Britain is how many pieces of the past you can stumble onto in the most out of the way sort of place.
Posted by John at 7:29 AM