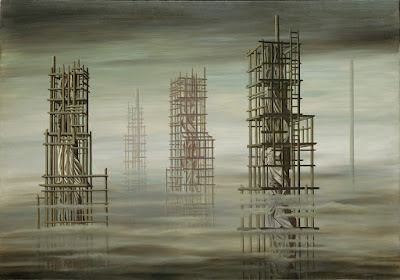 Kay Sage (1898-1963) was an American surrealist painter. I started reading about her yesterday because my two eldest children took a one-day art-viewing trip to New York last week, and when I asked the son what he had liked that was new to him he mentioned Kay Sage. He was especially taken by the picture above, Tomorrow is Never (1955). 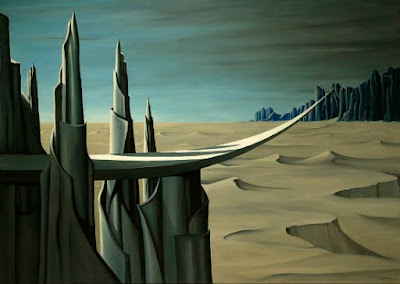 Sage was born into a wealthy trans-Atlantic family and grew up mostly in Europe. There she met and married Italian aristocrat Prince Ranieri di San Faustino, which seems more like part of a Hollywood movie or a Henry James novel that a true story, but there it is. She found, though, that the demands of being a princess kept her from her art, and in 1937 she divorced Prince Ranieri and moved to Paris. This is Danger, Construction Ahead (1940). 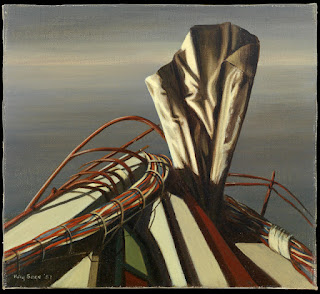 In Paris she attended a major show of Surrealism and was entranced by what she saw. She was particularly taken by the works of a certain Yves Tanguy, of whom she had never heard. Her favorite work of his was titled I'm Waiting for You. He, meanwhile, was also taken by her work when he saw it; he later recalled, “Kay Sage — man or woman? I didn’t know. I just knew the paintings were very good.” At the Appointed Time (1942). 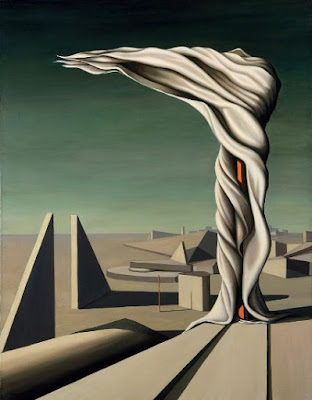 They met in 1938 and were soon a couple. With war looming they moved to the US and in 1940 they were married in Reno, Nevada. By the end of the war they had settled in Connecticut, buying an eighteenth-century farmhouse in Woodbury and turning the barn into his and hers studios. I Saw Three Cities (1944). 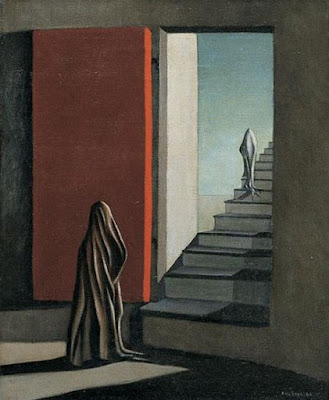 Sage and Tanguy were both Surrealists and they kept it after Surrealism went out of style, replaced atop the art world by Abstract Expressionism. They tried to keep their careers separate, exhibiting in separate galleries and so on, but of course everyone came to think of them as the Surrealist Couple. He is held to have had a major impact on her work, not so much the other way around. But on the other hand she ended up more successful and these days she is much more popular. The Fourteen Daggers (1942). 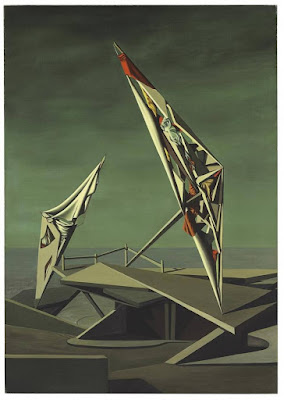 Art historian Whitney Chadwick found in Sage “a sense of motionlessness and impending doom found nowhere else in Surrealism.” Ring of Iron, Ring of Wood (1947) 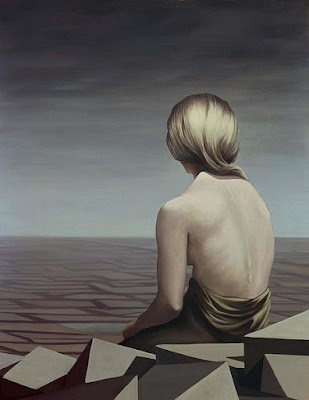 In 1955 Tanguy died of a sudden stroke. Sage was devastated and rarely left her home again. She continued painting for a few years in the same bleak style, but some critics see more personal grief in these late paintings, and less vague dread. The Passage, 1956. 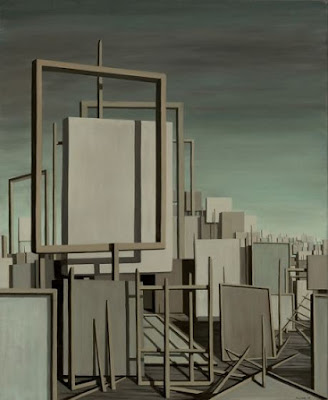 This is her last work, painted in 1958, titled The Answer is No. The landscape of blank canvases seems to represent the paintings she would never complete. Five years later she shot herself in the heart, leaving a note that read:


The first painting by Yves that I saw, before I knew him, was called ‘I’m Waiting for You.’ I’ve come. Now he’s waiting for me again — I’m on my way. 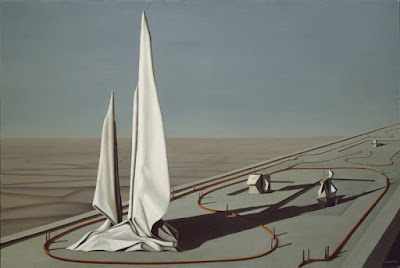