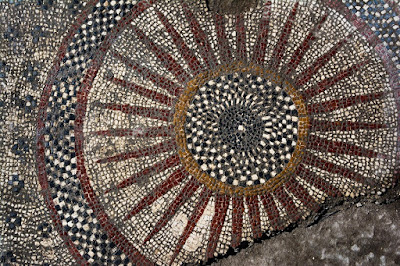 The southern French town of Uzès sits on the ruins of ancient Ucetia. Ucetia was a Gallo-Roman oppidum (fortified town) founded in the 1st century BCE, known to have been a significant community through the whole of the Roman and early medieval periods. However, until recently very few archaeological traces of its ancient past had been uncovered. 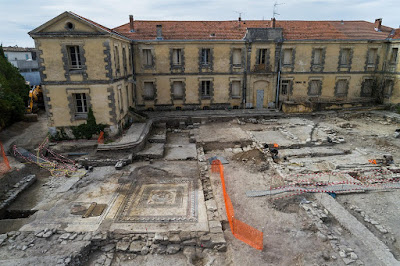 But recent excavations on the grounds of a boarding school have uncovered several buildings dating from the 1st century CE to the 7th. 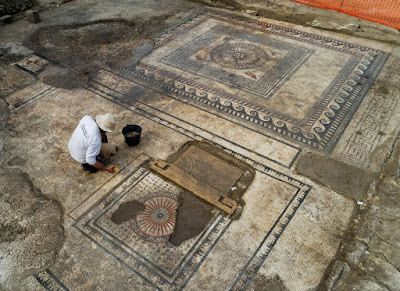 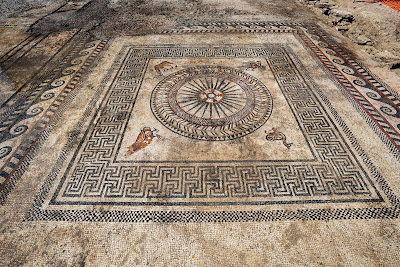 The most spectacular finds are these mosaics, which were part of a colonnaded building of uncertain function built not long before 100 CE. Some say a house, others a public building, or maybe a public building later converted to a private residence. 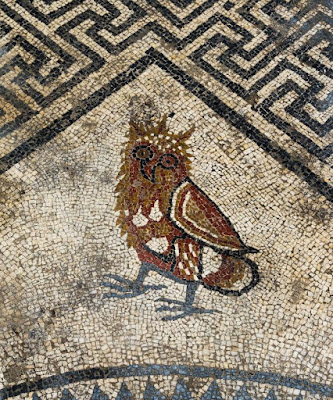 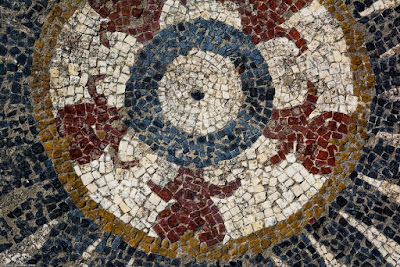 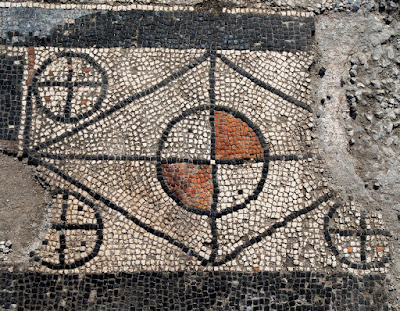 This one amuses me because it looks so much like the logo of my employers. More at the History Blog. Original French article at INRAP.
Posted by John at 8:17 AM