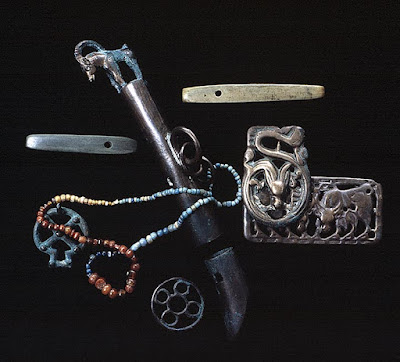 Back in the 1970s a Soviet tractor driver, innocently plowing a field in the central Siberian Republic of  Khakassia, pulled up a hoard of 271 Iron age relics buried in a cauldron. They date to around 200 BCE. 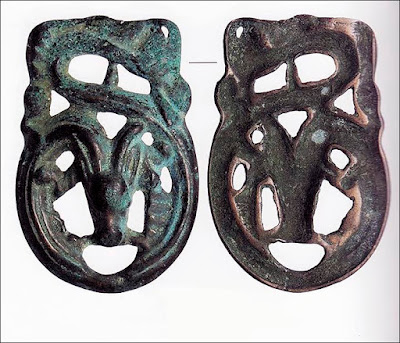 These included belt buckles with a dragon motif. 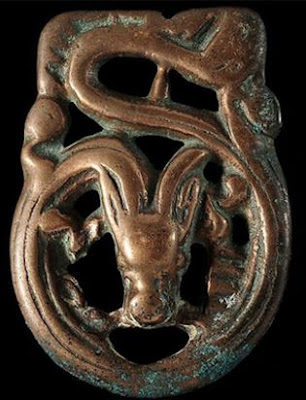 Which made it into the Siberian Times because a Russian archaeologist has studied these forms and determined that they are Siberian originals, not copied from Chinese models. Which is a big deal in Siberia because so much Siberian art is copied from China that anything truly home grown is news. And they're so cool.
Posted by John at 9:11 PM

I'd like to see this analysis verified by non-Russian sources before we agree with the conclusions, given the bias inherent to the scenario.