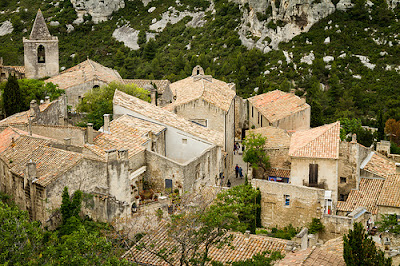 Les Baux de Provence is regularly listed among the most beautiful villages of France. It sits on a steep rocky ridge that rises 650 feet (200 meters) above the surrounding countryside, part of a large rocky mass known as the Chaine des Alpilles. 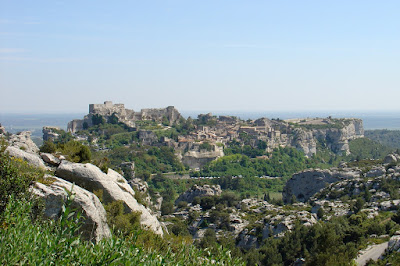 Today it is a tiny place with only 450 inhabitants, but in the summer it is crowded with day-tripping tourists.

It is an ancient place. Archaeologists have found traces of habitation going back 8,000 years, to the early Neolithic. One of the caves under the town was used as a tomb in the early Bronze Age. The place was a Celtic oppidum (walled town) when this area was absorbed by Rome in 123 BCE. 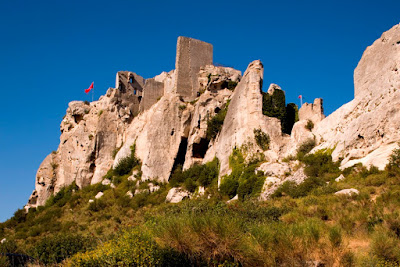 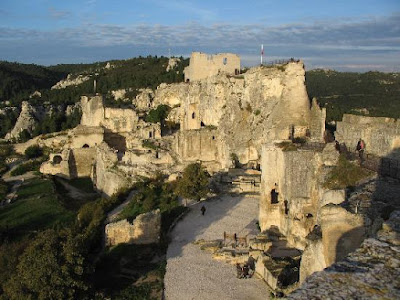 The fortress that overlooks the town is medieval, built from the 11th to the 13th centuries by the Lords of Baux, who later styled themselves Princes. They were for a time quite important lords, but in 1144 to 1162 they fought Les Guerres baussenques against the house of Barcelona and got the worse end of it. 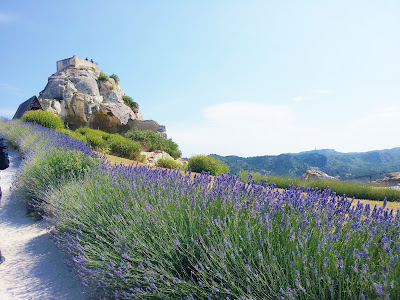 The trouble started when the Count of Provence died with no sons. He did have two daughters, one of whom was married to the Count Raimond-Bérenger III of Barcelona, the other to Count Raymond of Baux. Raimond-Bérenger proclaimed himself Count of Provence in 1031. But he died soon after, and, backed by the powerful Count of Toulouse, Raymond of Baux tried to drive the house of Barcelona from the region and claim Provence for his own house. Over the course of 18 years the Barcelonans were victorious, largely because they made an alliance with the German emperors. 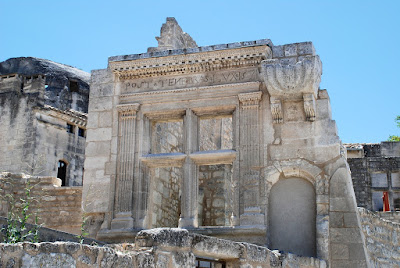 The town became a place of conflict again in the 1500s, when the people converted to Protestantism. This famous window is part of a ruined town hall; Post Tenebras Lux – After Shadows, Light – was a Protestant slogan. 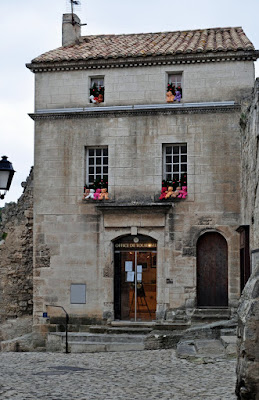 In the 17th century Cardinal Richelieu ordered the castle demolished to root out Protestant rebels. This Maison du Roy dates to that era. 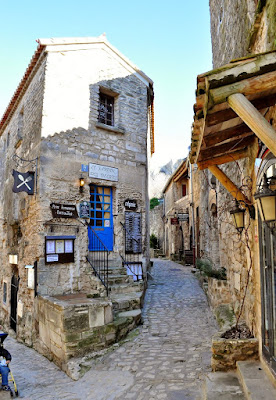 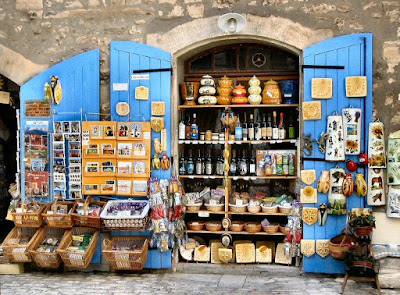 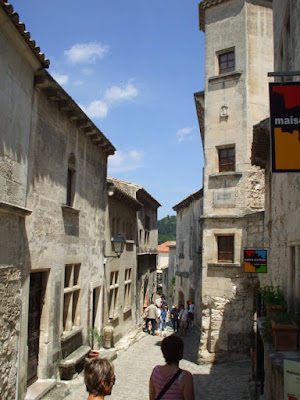 Views of the streets today. 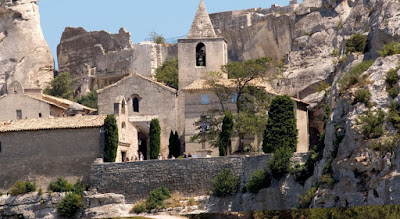 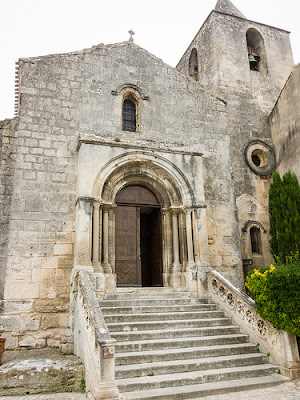 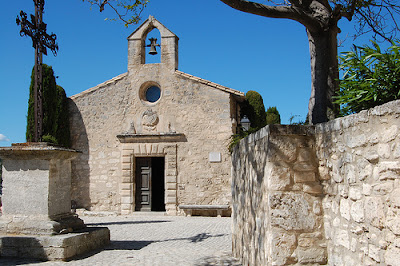 The church square, with a late medieval church and a Baroque chapel. 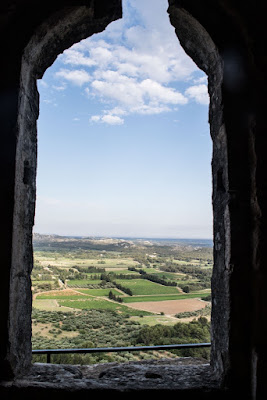 View from the castle. Seems like a delightful place to explore on a spring day like today.
Posted by John at 7:46 AM