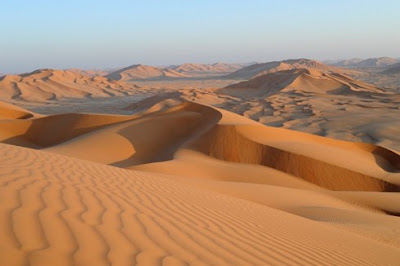 The best thing about energy independence would be cutting loose from the oil barbarians:


A Saudi Arabian man who renounced Islam and made disparaging remarks about the prophet Muhammad has been sentenced to death.

Authorities became aware of Ahmad Al-Shamri in 2014 after he uploaded a series of videos reflecting his views on social media. He was subsequently arrested on charges of atheism and blasphemy, faced trial and was sentenced to death in February 2015. Al-Shamri is reportedly in his early 20s and comes from the city of Hafar Al-Batin, located in Saudi Arabia's Eastern Province.

The defendant initially pleaded insanity, saying that he was under the influence of drugs and alcohol when he made the comments, Hala Dosari, an advisory board member of Human Rights Watch (HRW) told the Washington Post. She added that "his trial focused heavily on Quranic law and little on any mitigating mental illness. As a result, Al-Shamri has been sentenced to death for being an atheist."

It bothers me to no end that we consider these people our friends.
Posted by John at 9:50 AM

Do we really consider them "friends", though?

I don't know the last time I heard anyone who wasn't a politician refer to the Saudi government in a positive light. I don't claim to have a wide or even statistically valid pool to draw from, of course, but the general consensus I'd always observed among pretty much everyone I've ever talked to on the subject is that the US-Saudi relationship is an alliance of convenience and nothing more.

Also, are we all that much better? Our government routinely kills people we don't approve of, with no legal consequences whatsoever. At least the Saudis have the decency to offer up the pretense of mock trials and kangaroo courts. At least their arguments for killing people have even a shred of merit compared to some of the ones we employ. At least they only mete out punishment within their own country, to their own citizens, under their own jurisdiction and sovereignty.

We have quite literally captured, imprisoned, tortured, and killed people extralegally based solely on the fact that they were wearing wristwatches that our intelligence communities noted were popular with groups like Al-Qaeda. From that fact alone we believed they might be linked to terrorism, and so destroyed their lives. Nevermind that these watches are utterly ubiquitous in many parts of the world because they're cheap surplus goods being sold to poor developing countries, since they're largely obsolete in richer parts of the world.

And that's when we're being descriminating! We routinely drop bombs all around the world, with countless completely innocent civilians caught in the blasts, and we simply deem their deaths to be "acceptable collateral damage". Untold thousands of people randomly murdered, and we simply don't care, and the rest of our friends in the "civilized" world don't care, and the surviving locals in the countries we bomb rightly hate us for our senseless, random barbarity.

The Saudis might kill you for making the mistake of speaking out about your faith and publically dissenting, but they at least post laws telling you not to do that and give you a trial first.

But the Americans? They'll kill you for absolutely no reason at all - suddenly in the dead of night, as you sleep in your bed, with absolutely no warning, just the gates of hell bursting open all around you in a sudden blast of light, heat, fire, and pain... and then nothing.

And when your loved ones dig your charred and twisted corpse out of the ashes and the rubble, and cry out in sorrow and fury for justice for this senseless horror, the only ones who will listen, the only ones who will care, will be people saying "Join us, and we will help you find vengeance. Join us, and we will kill the ones responsible." And that bomb we dropped which killed 4 armed jihadists and 37 innocent civilians suddenly radicalizes another dozen people. So then we need to drop even more bombs, and kill even more innocent bystanders, and we keep giving the hydra more and more heads for us to cut off.

I'm not sure we really have any moral ground to be calling anyone else barbarians.