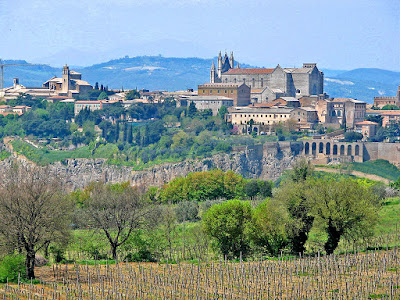 Orvieto is one of the famous hill towns of Umbria. It is an ancient place; indeed its name comes from the Latin urbs vetus, "old city." It sits on top of a great volcanic rock, high above the surrounding plain.

It was a major site in Etruscan times; the Etruscans had a thing for building on inaccessible hilltops, no doubt a wise precaution when your neighbors include both Celts and Romans. The city has an archaeological museum with many Etruscan artifacts. After the Romans conquered all of Italy it faded in importance, only to be re-occupied when the empire fell and the peninsula descended again into violence. A bishop who had once lived in some more convenient but more exposed place fled there in the 7th century, and it has been a cathedral city ever since. 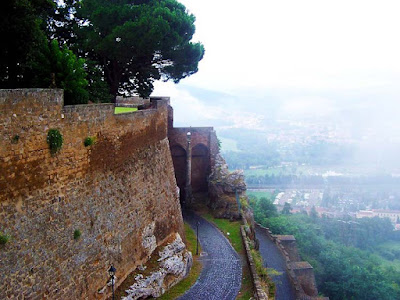 The city's natural defenses were reinforced with stone walls, large stretches of which survive. This was a large town in the Middle Ages, with a population of up to 30,000. 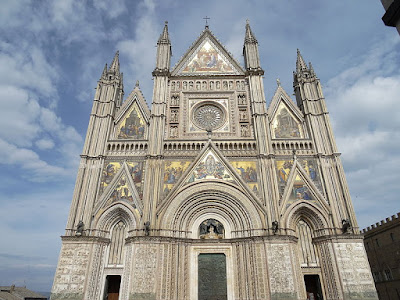 The most impressive building in the city is the cathedral. The cornerstone of this structure was laid in 1290, and the facade was constructed in the 14th century. 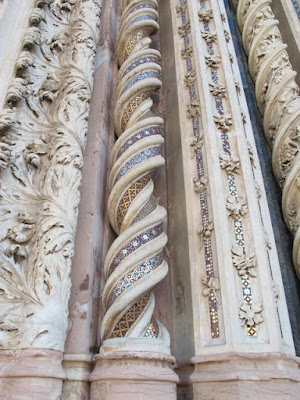 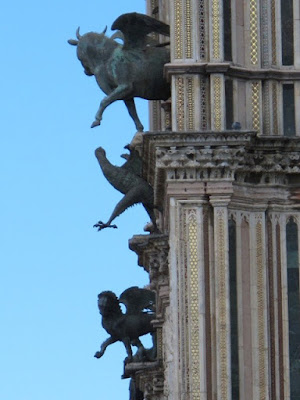 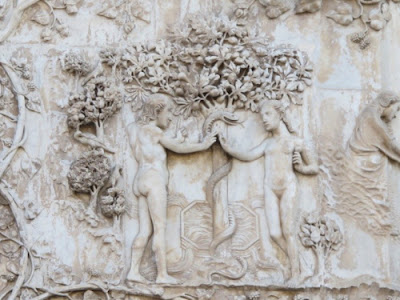 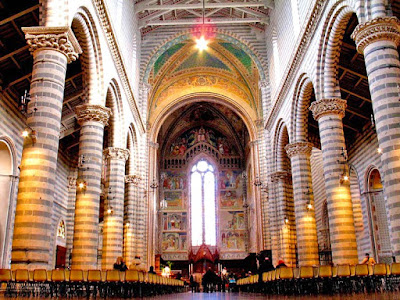 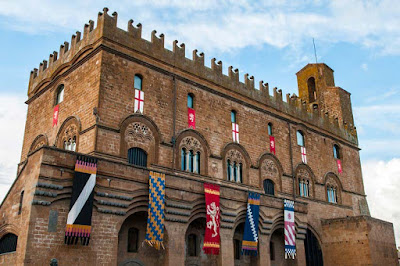 Municipal building. The city had its own government by 1157, when a surviving papal bull confirms their privileges. During the twelfth and thirteenth centuries the town was divided by the same conflicts that rocked most of Italy, but then it settled down as a mostly loyal part of the Papal dominion. Thomas Aquinas taught for a while at their university. 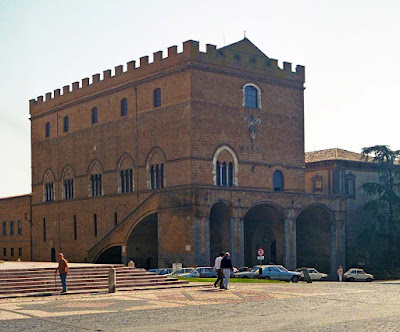 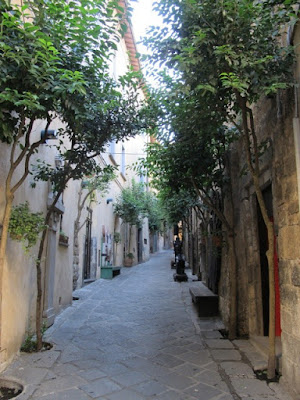 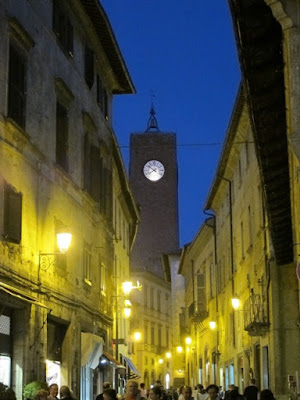 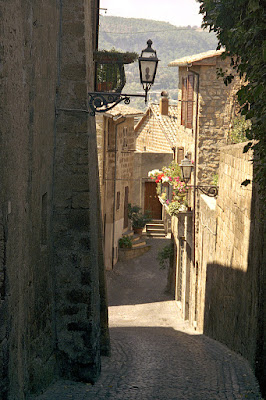 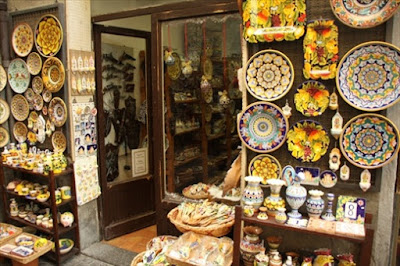 Orvieto has been a center of ceramic production since the 12th century at least. 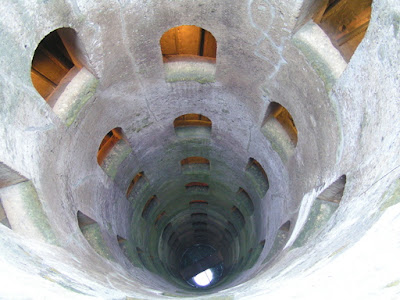 Famous well in the city. 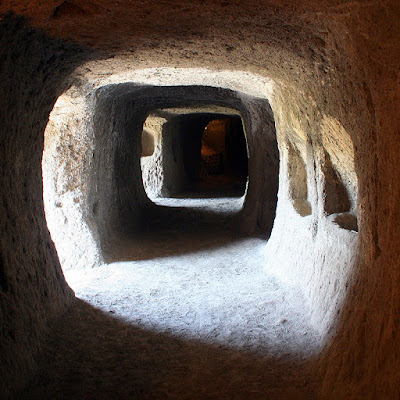 The volcanic stone that underlies the city is easy to tunnel through, and the rock is full of deep cellars, catacombs, water tunnels, and other underground  chambers; tours of the undercity are now a regular feature of tourist visits. 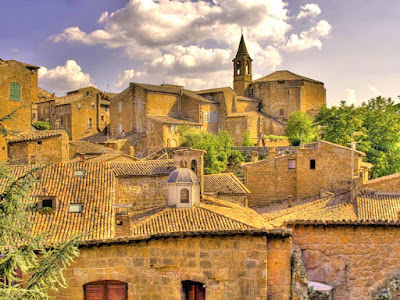 Most of the city is built of the same yellow stone, quarried from under its streets, and in the right light it glows. People say it is one of the most beautiful and charming places in Italy, and it certainly looks that way from here.

Yet another fantastic reason for me to try to visit Umbria at some point. (Although Venice will absolutely have to come first.)