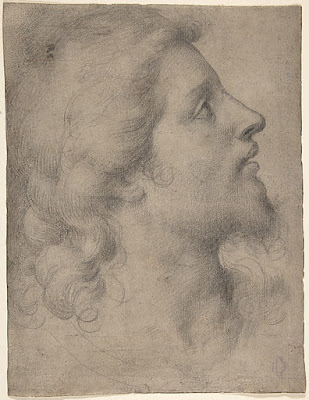 Agnolo di Cosimo Mariano di Tori (1503-1572), better known by his nickname Bronzino, was a Florentine artist of the late Renaissance. More detail about his life is in my post on his paintings, which is here. 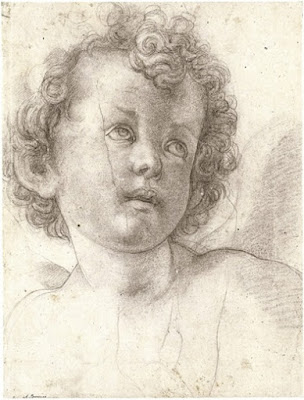 Like most of the Florentine artists Bronzino was a great draughtsman and made careful preliminary drawings of all his paintings. These "cartoons" had generally been discarded once the painting was made, but some of Bronzino's contemporaries began to collect them as valuable works in their own right, especially the painter and biographer Vasari. So while few cartoons survive from earlier times, we have many from the mid sixteenth century and later. This head became, reversed, the Christ child in one of Bronzino's paintings of the Holy Family. c. 1527 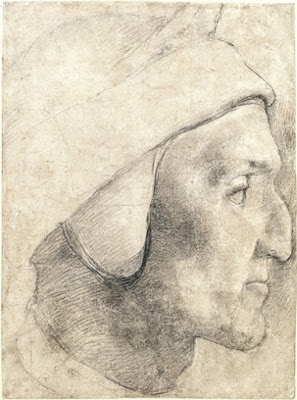 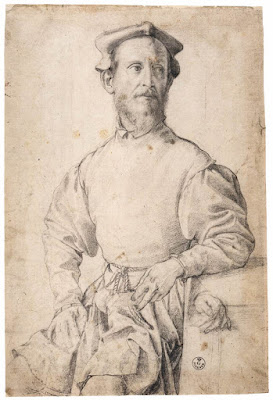 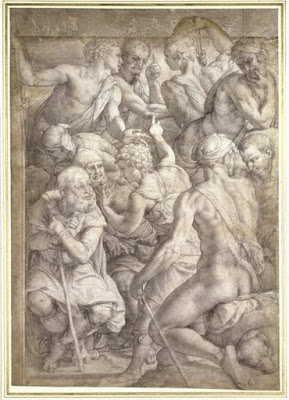 Bronzino did many drawings for tapestries made in Florence's weaving shops. This is Joseph recounting his dream, from a series telling the Joseph story. 1546-48. 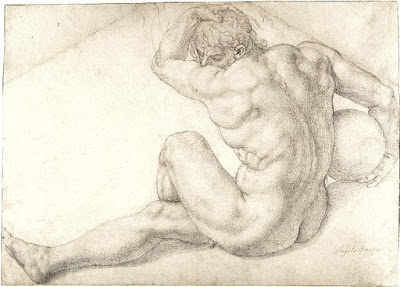 Study for The Martyrdom of St. Lawrence. 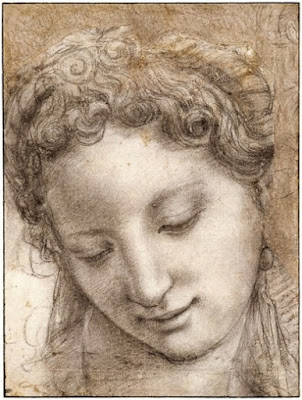 Study for the head of Mary. 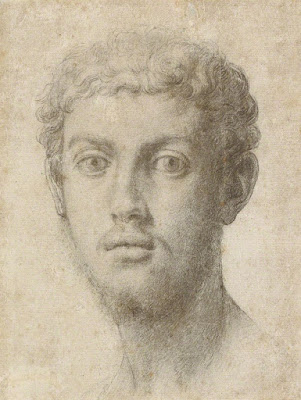