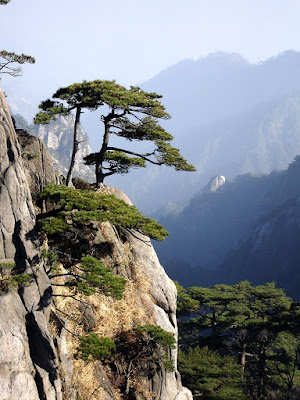 The Huangshan Mountains are in eastern China, south of the Yangtze River. This wild, rugged area, close to major centers of population, has been a tourist site since at least the 8th century. The name of the place, which means Yellow Mountain, was settled in 753 by imperial decree. 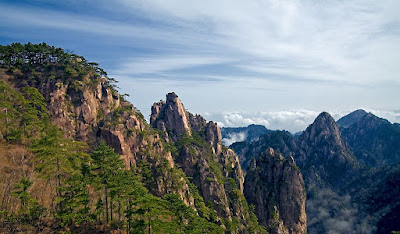 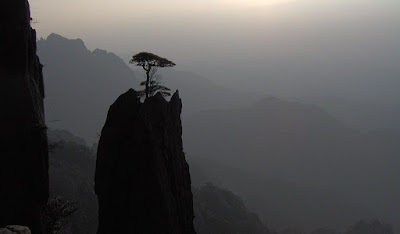 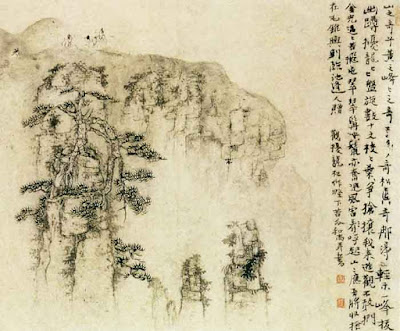 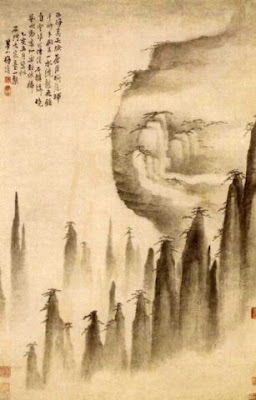 Chinese painters have been working in these mountains since the Tang Dynasty. During the sixteenth and seventeenth centuries there was a whole school of painting named after the mountains, from which these three come. 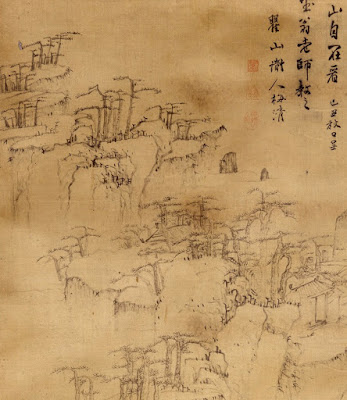 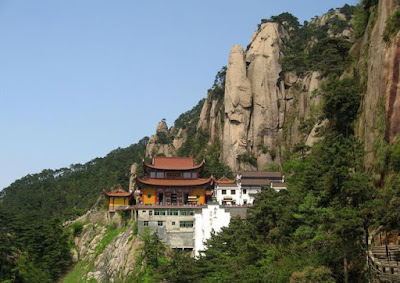 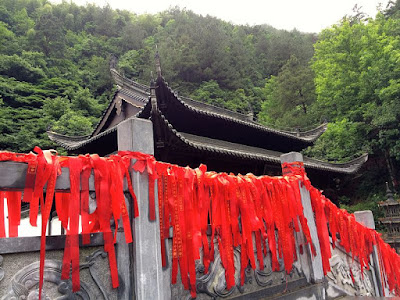 Numerous temples and monasteries have been built in the mountains. 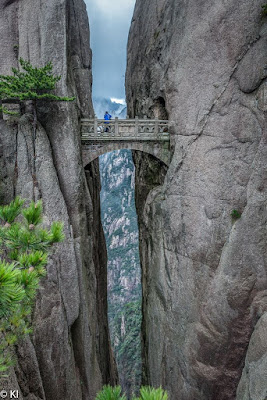 The Bridge of the Immortals, probably the most famous view in the mountains. 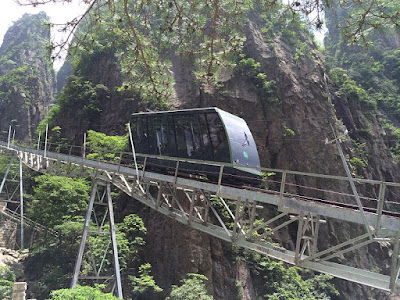 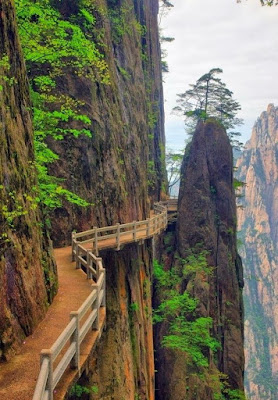 There is a national park in the mountains, and plenty of other tourist infrastructure: trails, hotels, and even a cable car that carried you up to one peak. But because the range is so large, other areas are relatively unspoiled. 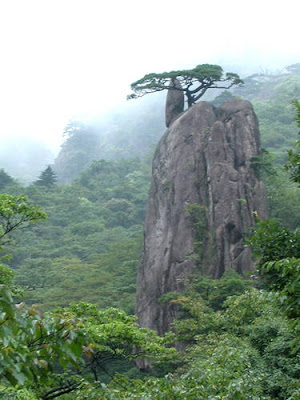 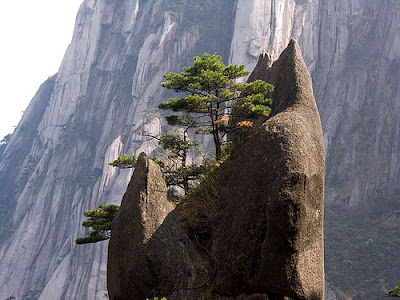 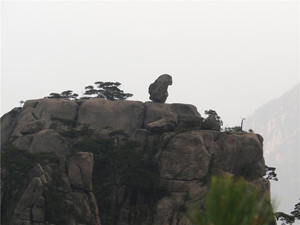 In the more heavily visited areas, each notable tree and rock has a name. Things like Feilai Shi (Rock Thrown from Afar) and Mengbi Shenghua (Flower Blooming on the Tip of a Brush). The one at the bottom is Monkey Watching the Ocean. 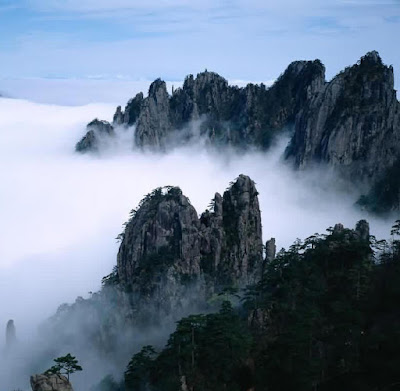 One of the famous sites of the mountains is the view of the clouds from above. This has inspired thousands (literally) of poems, and it was often described as the Huangshan Ocean. 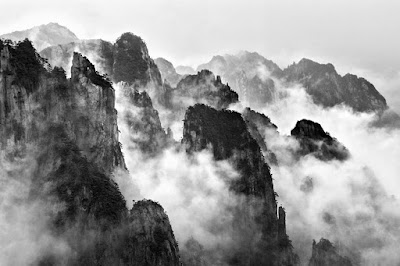 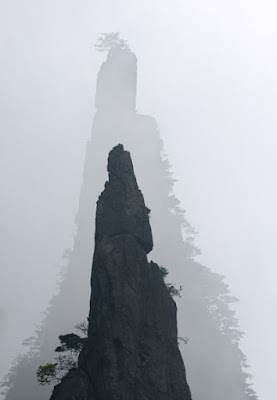 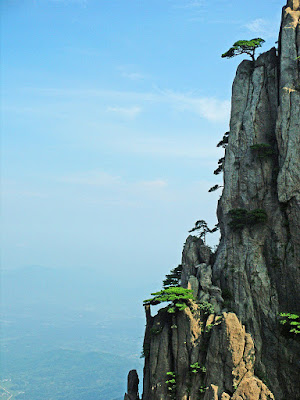 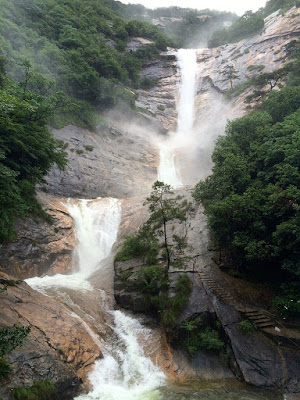 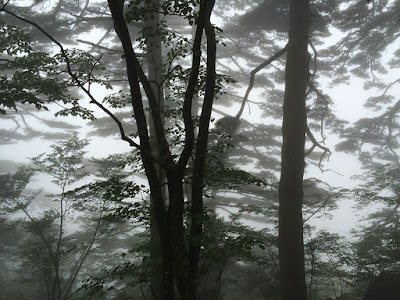 Seems like a wonderful place. I loved my trip to China and one day we hope to take our daughter back. Perhaps we could go here. 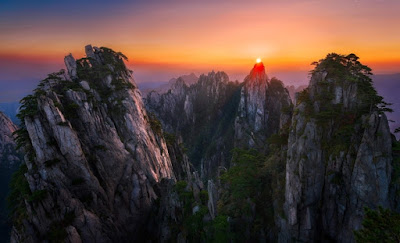