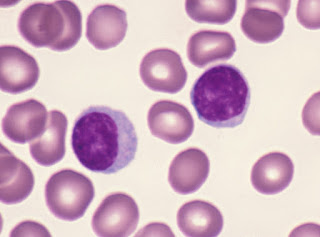 Tumor Infiltrating Lymphocytes (TILs) are white blood cells that swarm around tumors, trying to attack them. Since the 1990s scientists have been looking for ways to help them work better, leveraging the body's own immune system to fight cancer. This is called immunotherapy.

This month doctors reported that one of their patients, a woman with advanced colon cancer, is now cancer-free thanks to TIL therapy.

It works like this: doctors extract cancerous cells and identify the mutations that make them dangerous, and simultaneously harvest lots of TILs. They comb through the TILs looking for the ones whose attack mechanism matches the mutation causing the cancer. They then multiply those cells and re-inject hundreds of billions of them into the patient, along with a dose of interleukin-2, a compound that helps white cells work.

These doctors did this with two patients. One is dead, and one seems cancer free. The bad news is that they think the therapy only worked because of some extreme genetic luck:


Ms. Ryan’s tissue turned out to be a medical gold mine. She had a KRAS mutation and her TILs included killer T-cells that locked onto the mutation like guided missiles.

Her T-cells were able to recognize the mutation because she has an uncommon tissue type, which is a genetically determined trait. As a result, she carries a certain protein on the surface of her cells that plays an essential role in displaying the KRAS mutation so that cancer-killing cells can find it and attack.

Since not everybody can be lucky, the future of this therapy is in genetically engineering lymphocytes to target the dangerous mutation.

Such therapies are years or even decades away from being deployed on a large scale, but I can't think of any reason why they shouldn't work most of the time. As I have said before, our ever-increasing understanding of genetics and ever increasing skill at genetic manipulation makes me a cancer optimist.
Posted by John at 8:05 AM

Heart disease is complicated by a lot of behavioral and environmental factors, so that might be a toughie, even with advancing genetech.

Chronic lower respiratory disease seems like it would be susceptible to the same sorts of genetic breakthroughs that will help beat back cancer, so that looks promising.

Accidental injury is the next major killer, but of course that's not a biological flaw so much as a societal one. Progressing genetics may improve our ability to heal such injuries, however, assuming they are tended to quickly enough.

Strokes are back into the more difficult category alongside heart disease, again largely due to things like diet, whether you smoke, how much you exercise, et cetera.

Alzheimer's is up next, and that one already seems to be declining on its own, possibly due to people being more active in late life these days, particularly keeping mentally fit, but there's a good chance genetic study will help us find better preventions and treatments.

After that we have diabetes, and then respiratory diseases like influenza and pneumonia, all of which definitely can benefit from genetic advances.

So most of our major causes of death seem liable to see significant decreases in the next century.