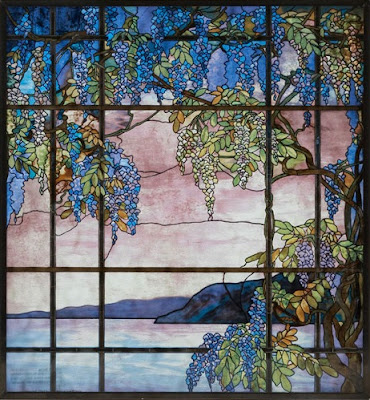 Louis Comfort Tiffany (1848-1933) grew up wanting to be a painter. From a wealthy family, he spent his twenties traveling the world, painting among other things some decent orientalist views of Tangier, Morocco. (View of Oyster Bay, 1908) 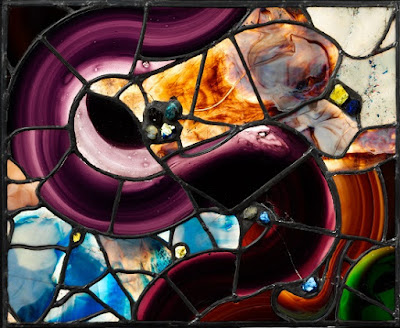 In the 1870s he got interested in interior design, which in that era often included stained glass windows. His first surviving window is this one, done around 1880 for his own studio apartment in New York City. You can already see the way he was experimenting with different types of glass. 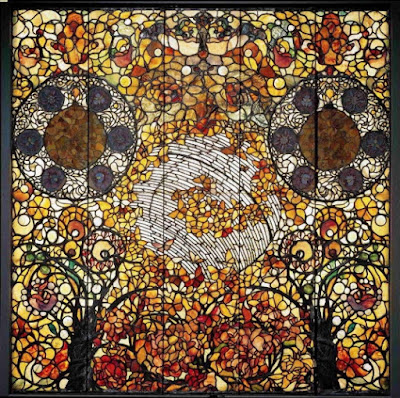 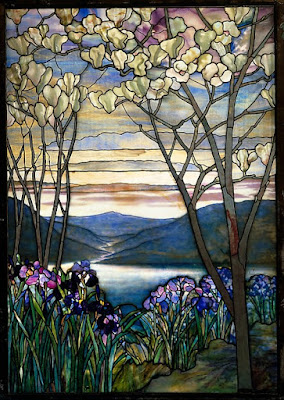 In 1892 Tiffany opened a glass house in the Corona neighborhood of Queens, working with English glass-blower Arthur Nash. They developed a form of blended, opalescent glass they called Favrile, and they used this in conjunction with traditional clear pieces to create a great variety of colors and looks. You can clearly see the opalescent, semi-transparent glass in this famous work, Magnolias and Irises, 1908. 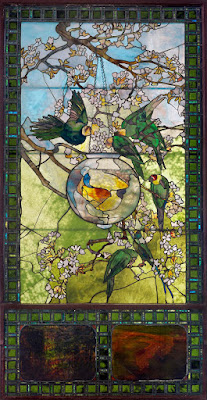 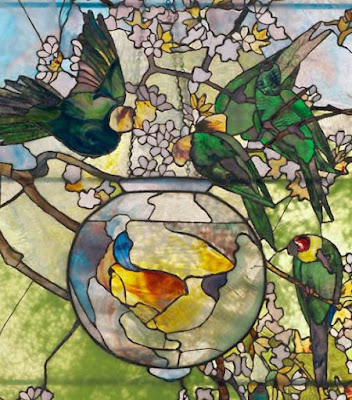 Within a decade their studio was world famous and a huge financial success. Most of the money came from the mass production of vases and lamps, but Tiffany himself continued to put much of his own effort into windows. (Parakeets, 1889, and detail) 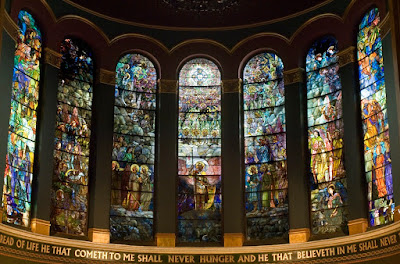 A religious man but not much of a sectarian, Tiffany created many windows for churches, synagogues, Universalist meeting halls, and other places of worship. This array of windows is at St. Michael's Episcopal Church on Amsterdam Avenue in Manhattan. 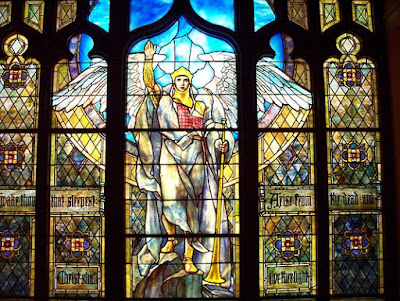 The Angel of the Resurrection, from the First Presbyterian Church, Indianapolis, 1905 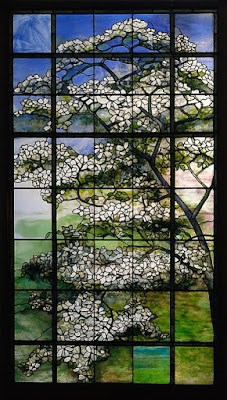 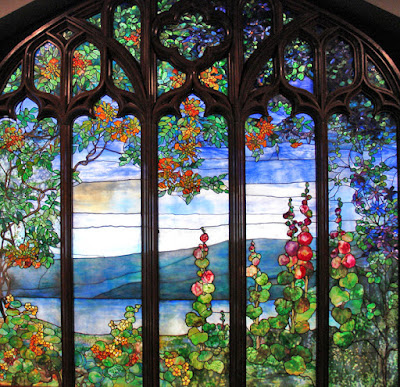 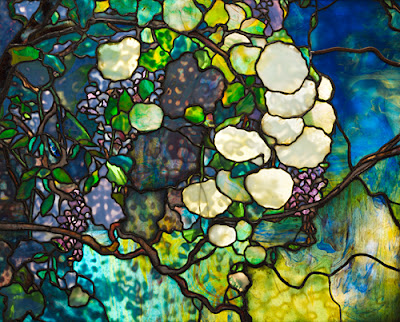 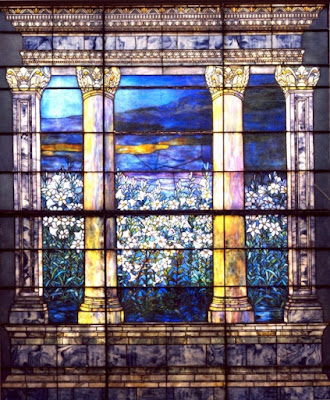 It's nice to see that if one discounts all the terrible, tacky, mass-produced and overused junk that his name is most instantly evocative of, Tiffany actually made some pretty nice pieces.