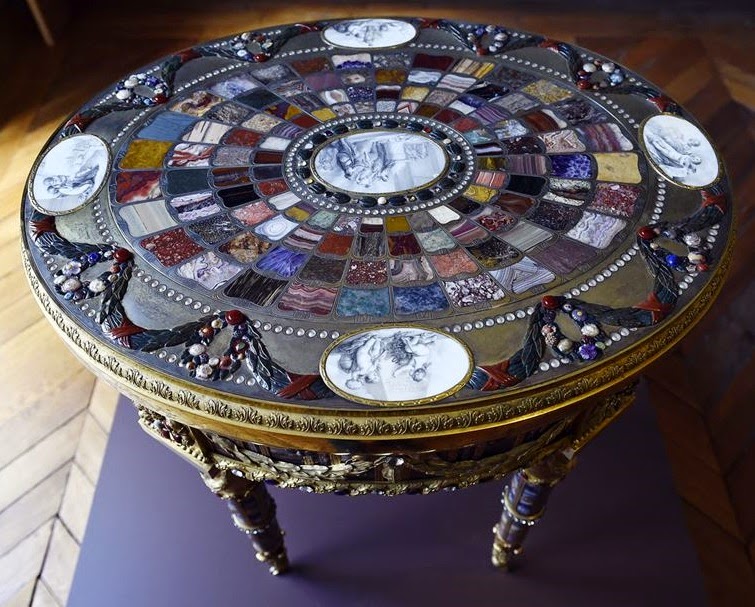 The Louvre is raising a million Euros to buy this table, which has been in private hands since its creation in 1779. 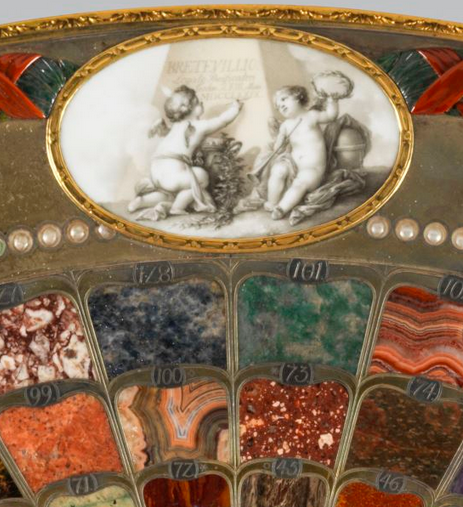 The table was crafted by Johann Christian Neuber, court jeweler of Saxony. It was made to celebrate peace between France and Austria and given to the diplomat Louis Charles Auguste Le Tonnelier, Baron de Breteuil. 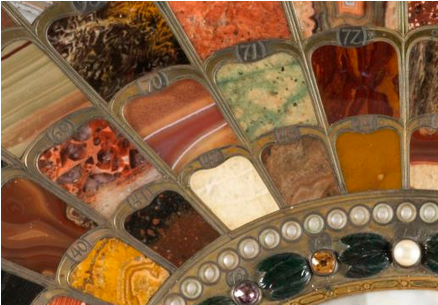 
Neuber surpassed himself in the 128 mineral samples and false pearls decorating the table’s top, apron, and legs, carved in plaques or faceted and inset in a three-color gilt bronze structure mounted on a wooden core. A compartment beneath the tabletop contains a handwritten booklet identifying all the stones used, and the donor’s commemorative intentions are conveyed in the five Meissen porcelain medallions inset in the tabletop. Delicately painted in grisaille by Johann Eleazar Zeissig, known as Schenau (1737–1806), they celebrate Baron de Breteuil’s efforts in favor of peace and the arts. 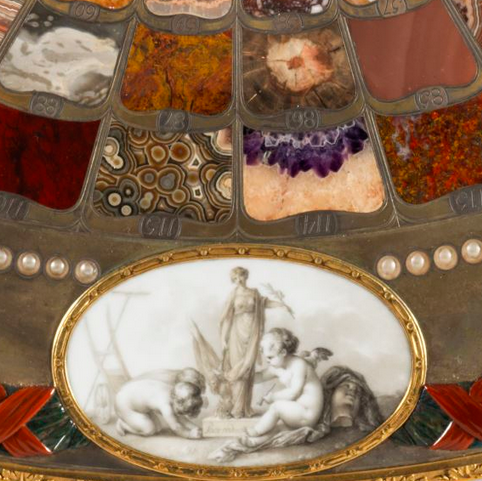