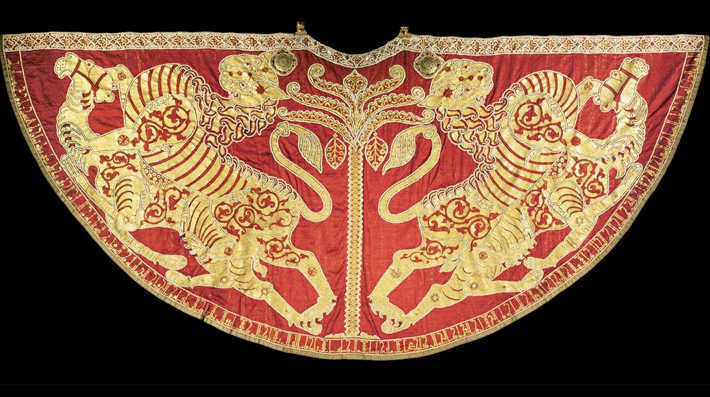 Some surviving wonders. Above, the Imperial Cope of Roger of Sicily, c. 1135. 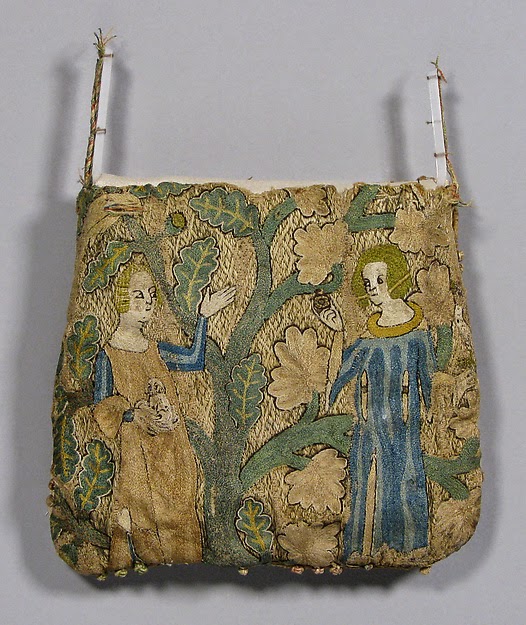 Silk purse from France, early 14th century. This is from the Met, along with everything else here except the two royal copes. 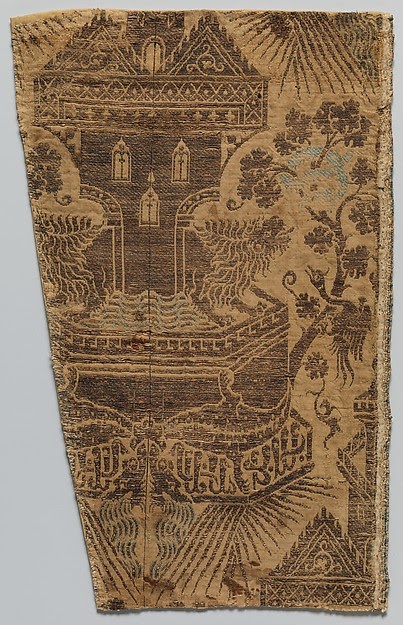 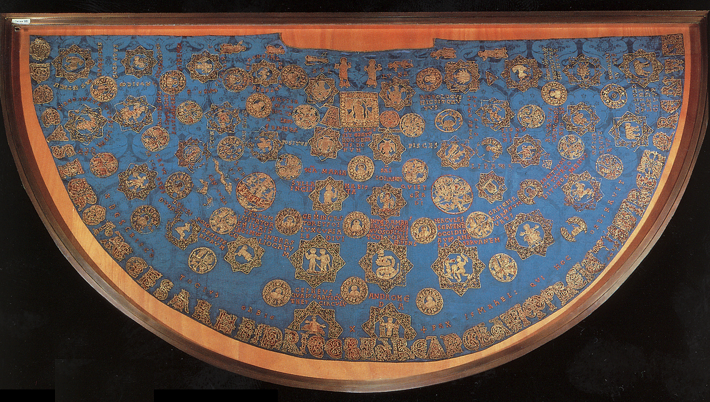 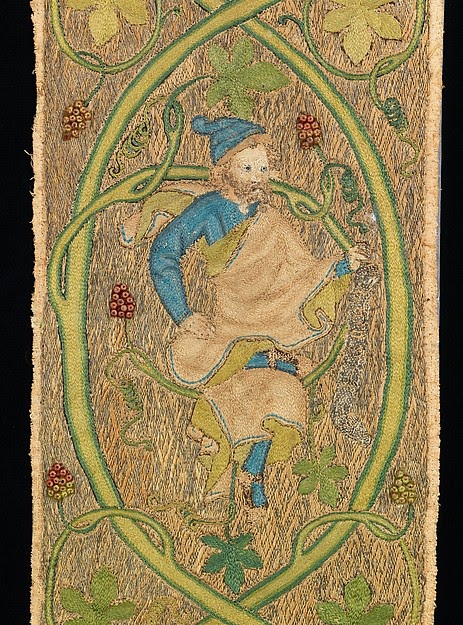 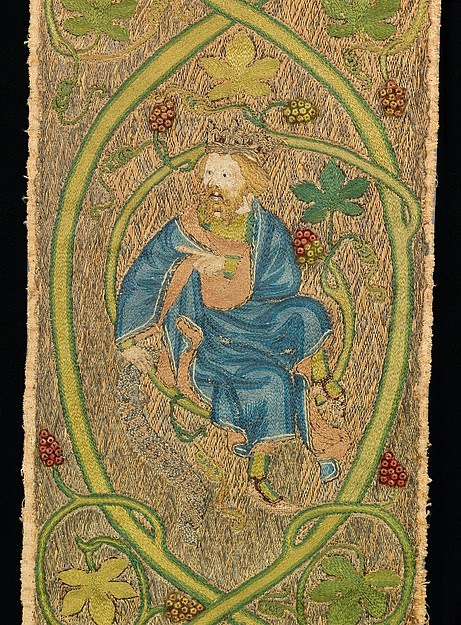 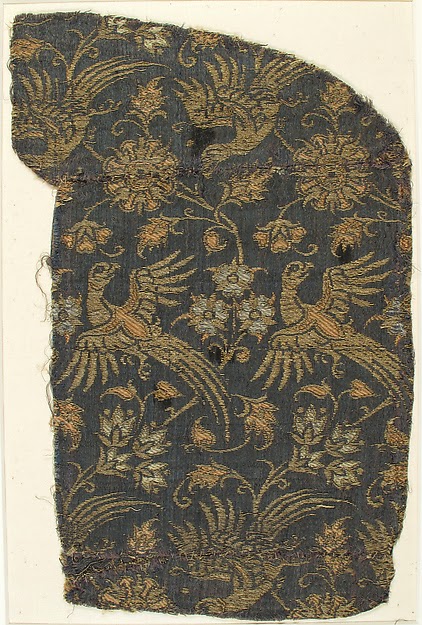 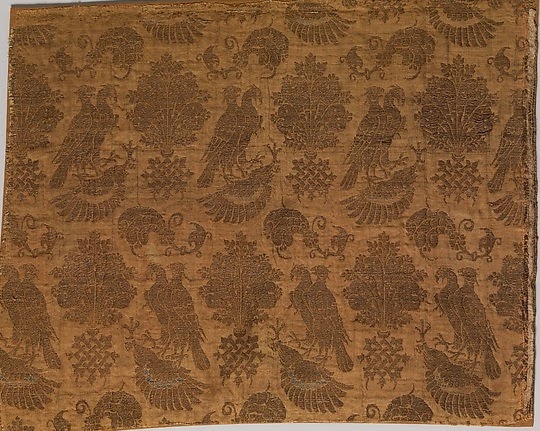 And one more from Lucca, early 14th century.
Posted by John at 8:31 PM