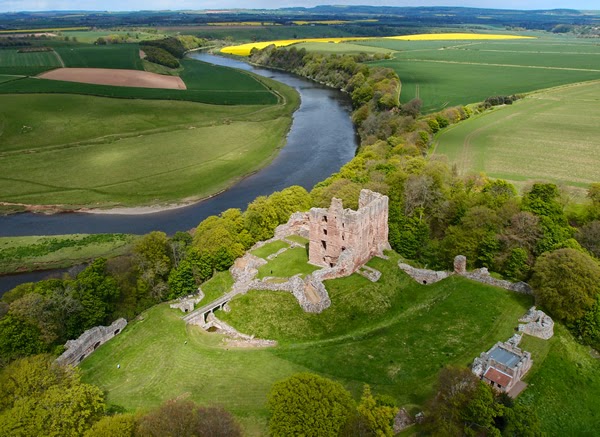 Norham Castle is one of many along the border of England and Scotland, guarding a key ford over the River Tweed. I first learned about Norham Castle doing my dissertation research, reading the Scalacronica by Thomas Grey. Grey was one of England's first secular historians, and the Scalacronica covers the history of the kingdom from 1066 to 1362, the year that Grey spent imprisoned in a Scottish castle with time on his hands for writing. Grey's father was the castellan of Norham in the 1320s. One day a knight arrived at the gate saying that he had sworn an oath to go to the most dangerous place in England to prove himself worthy of his lady. After consulting over the matter, the men in the company agreed that the most dangerous place in England was Norham Castle. So off he went. The knight was welcomed by the defenders of the castle, and they took him along on patrols with them until they met a body of Scottish soldiers and the knight proved his valor by charging them single-handed. He was rescued from this folly by men of the castle's garrison and then went home to claim his lady's favor.

If you ask whether that is a true story, all I can say is that Thomas Grey was a pretty accurate chronicler and he said it was true, so I think it is likely to have something of the truth in it. However, a story like that is bound to evolve in thirty years of remembering and retelling, so most likely it is not the exact truth. I like it because I prefer to think that courtly love was not all literature, and that sometimes medieval men did foolish things like the oath of Grey's knight; but others see it differently. 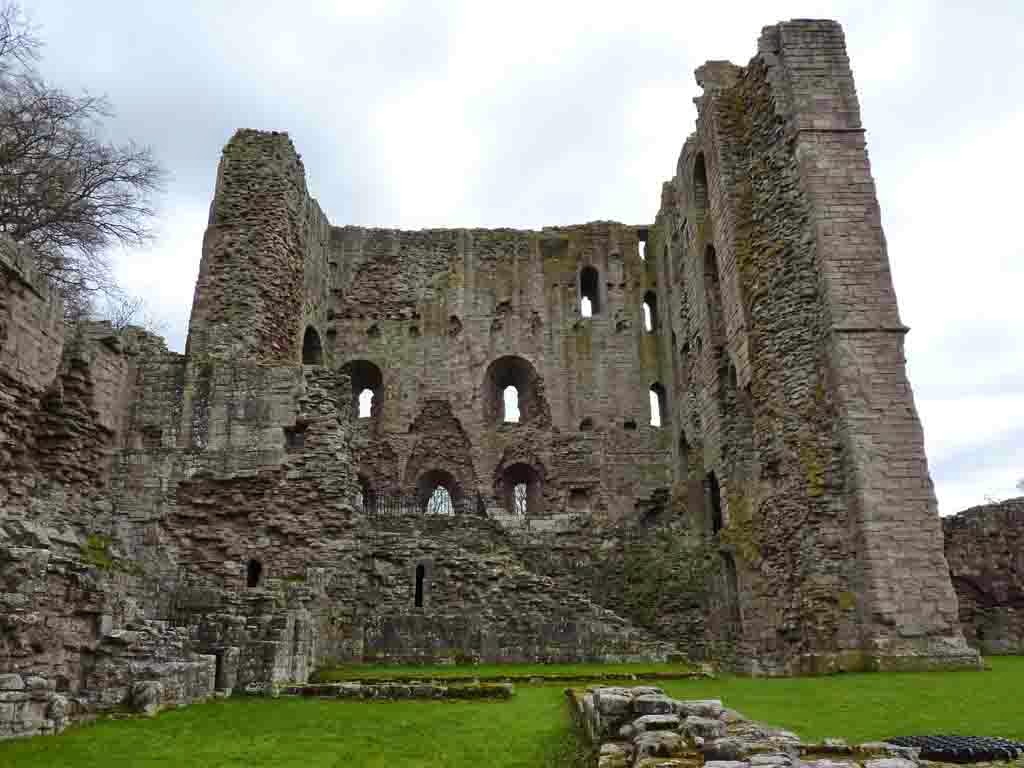 Norham Castle built by the bishops of Durham starting in 1121. The mortar was hardly dry before the Scots attacked it for the first time, in 1136. The bishop talked the Scots into giving it back, but they took it again in 1138. The castle was then rebuilt; the great keep that still stands was built in the 1150s. After that rebuilding the Scots besieged Norham unsuccessfully ten times in a row, including a siege of 40 forty days by Alexander II in 1215, and another by by Robert Bruce in 1318 that lasted nearly a year. 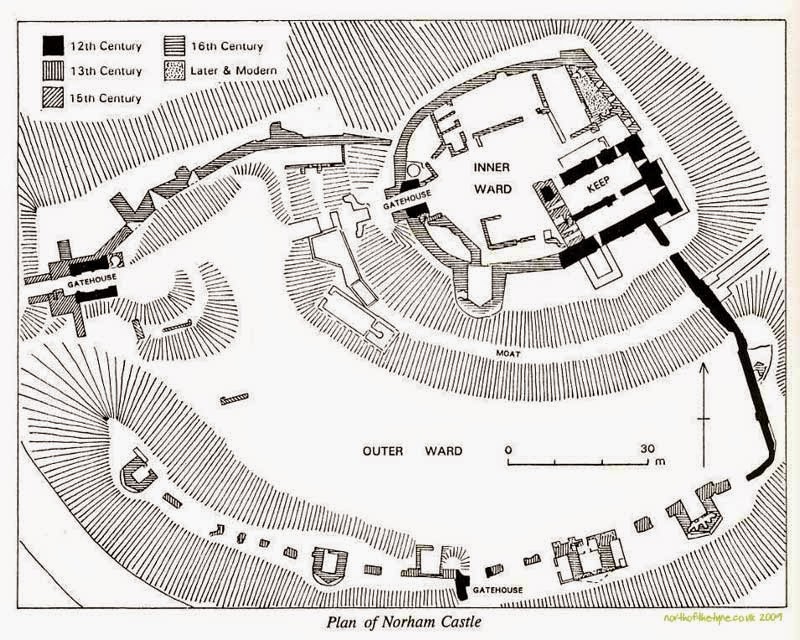 The Bishops of Durham held the castle until 1174, when they joined a rebellion against Henry II. After he put down the revolt he took the castle into royal hands. So throughout the bloody thirteenth, fourteenth and fifteenth centuries it was the property of the king. 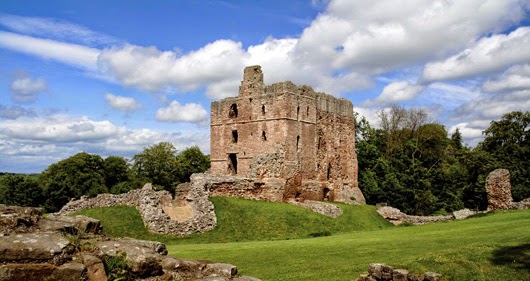 In 1296 Edward I left his queen, Marguerite of France, at Norham while he invaded Scotland. During the Wars of the Roses the castle experienced a change of pace and was besieged by English forces, once by the Yorkists and once by the Lancastrians. 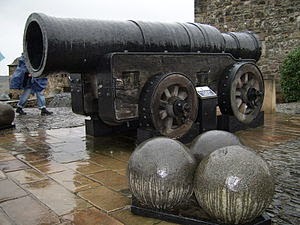 In 1513 the Scots finally took the castle again, using artillery to batter down the walls. One of the guns they used was the huge Mons Meg, which you can still see at Edinburgh Castle. But just three days later the English routed the Scots at the Battle of Flodden, and the Scots abandoned Norham Castle as they fled home. 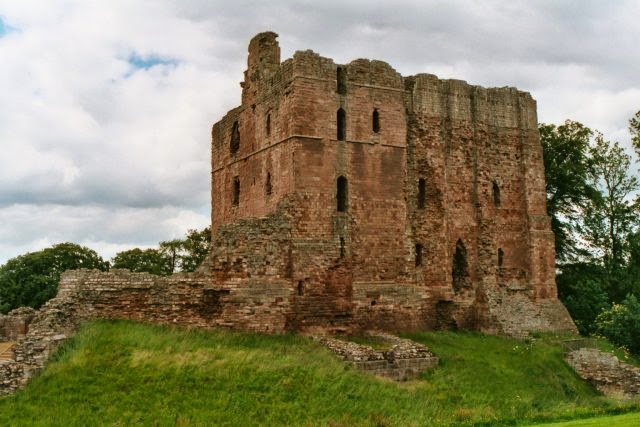 The castle was extensively rebuilt in the sixteenth century and equipped with its own cannons. After the union of the crowns it was allowed to fall into the splendid ruin you can see today.
Posted by John at 7:20 AM