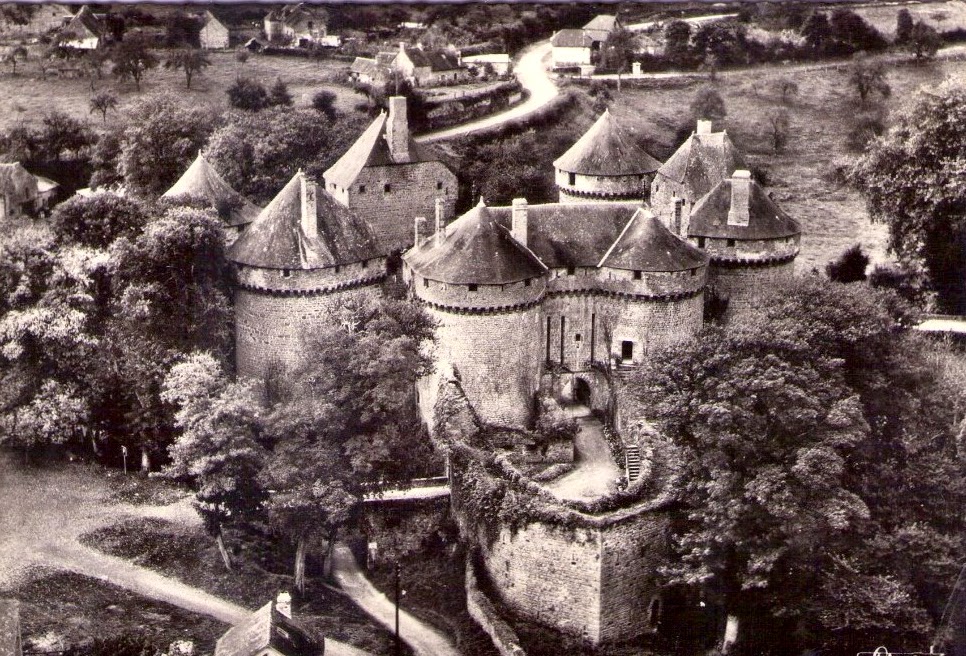 Today's Castle is the Chateau de Lassay, built in 1458 to 1459 by Jean II de Vendôme, duc d'Anjou. The barbican (canon platform) in front of the gate was built in 1498. The castle in in Mayenne, in western France. 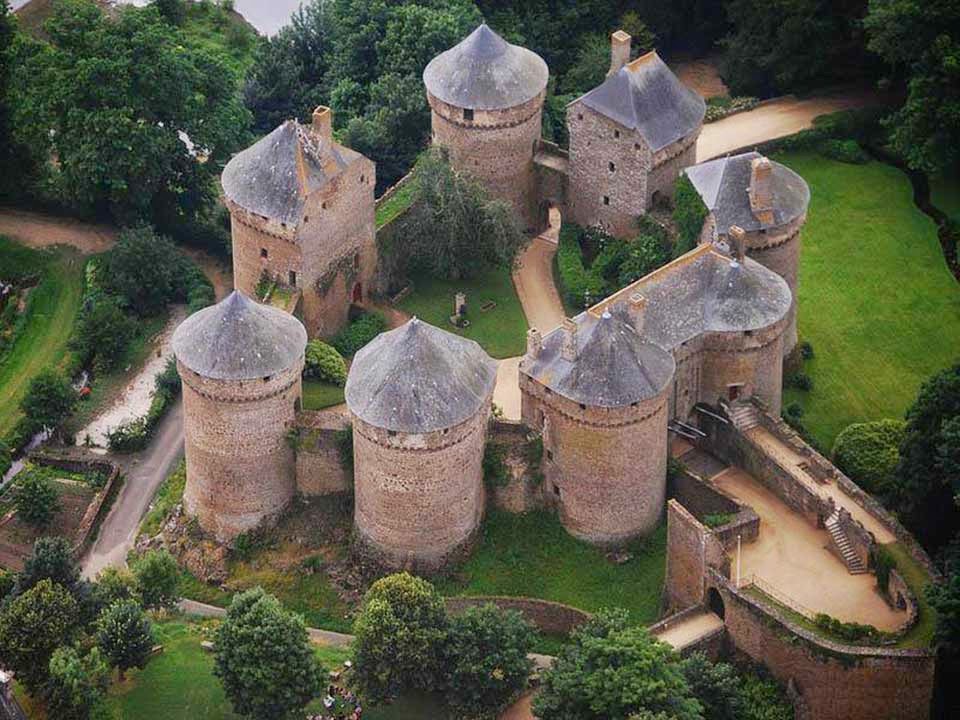 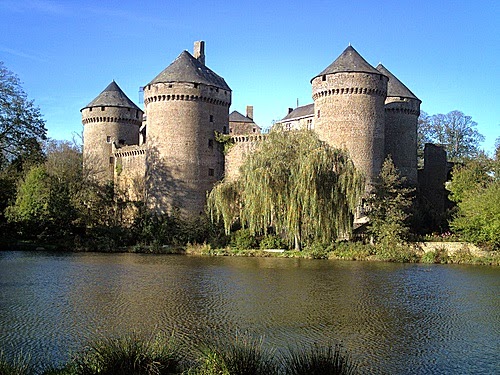 The spot had been fortified since the twelfth century, but the old keep was destroyed in the 1420s, part of some Hundred Years War intrigue that found its owner on the wrong side. 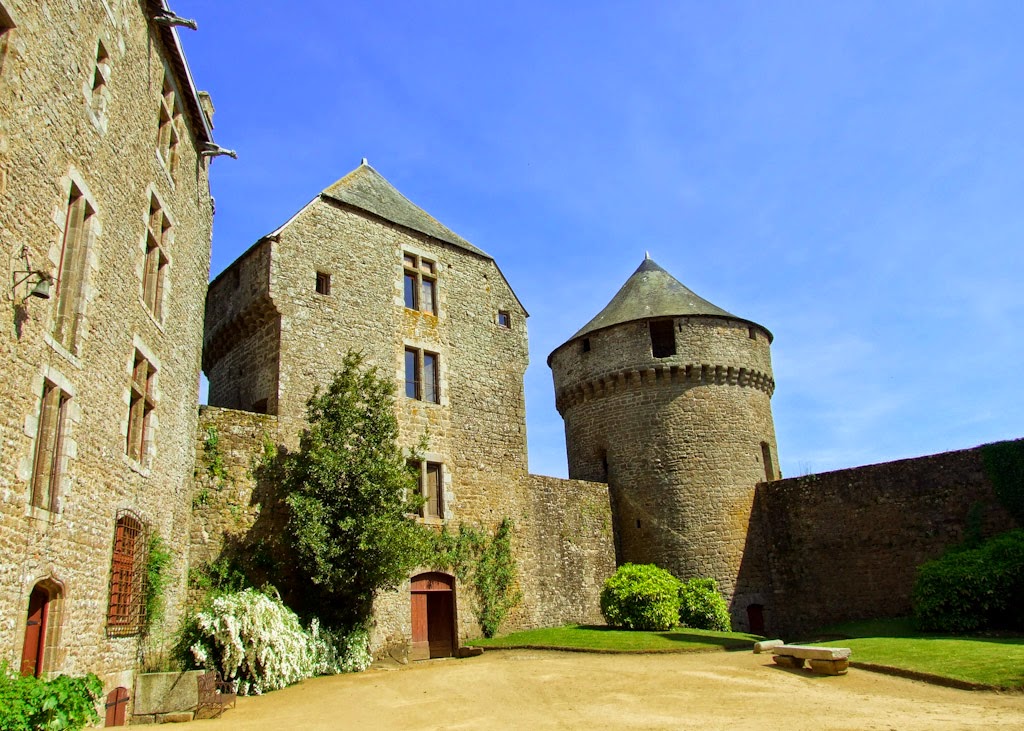 Interior of the courtyard, showing the glass-paned windows that made life nicer in the Renaissance. One useful thing about this castle's design, with seven essentially separate towers rather than one central keep or hall, is that quarrelsome relatives could occupy separate towers and not have to live too closely. (Not getting along with your mother-in-law? Move her to the south tower!) 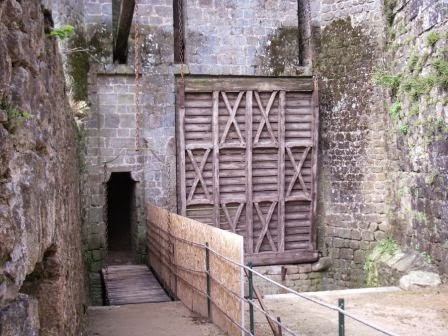 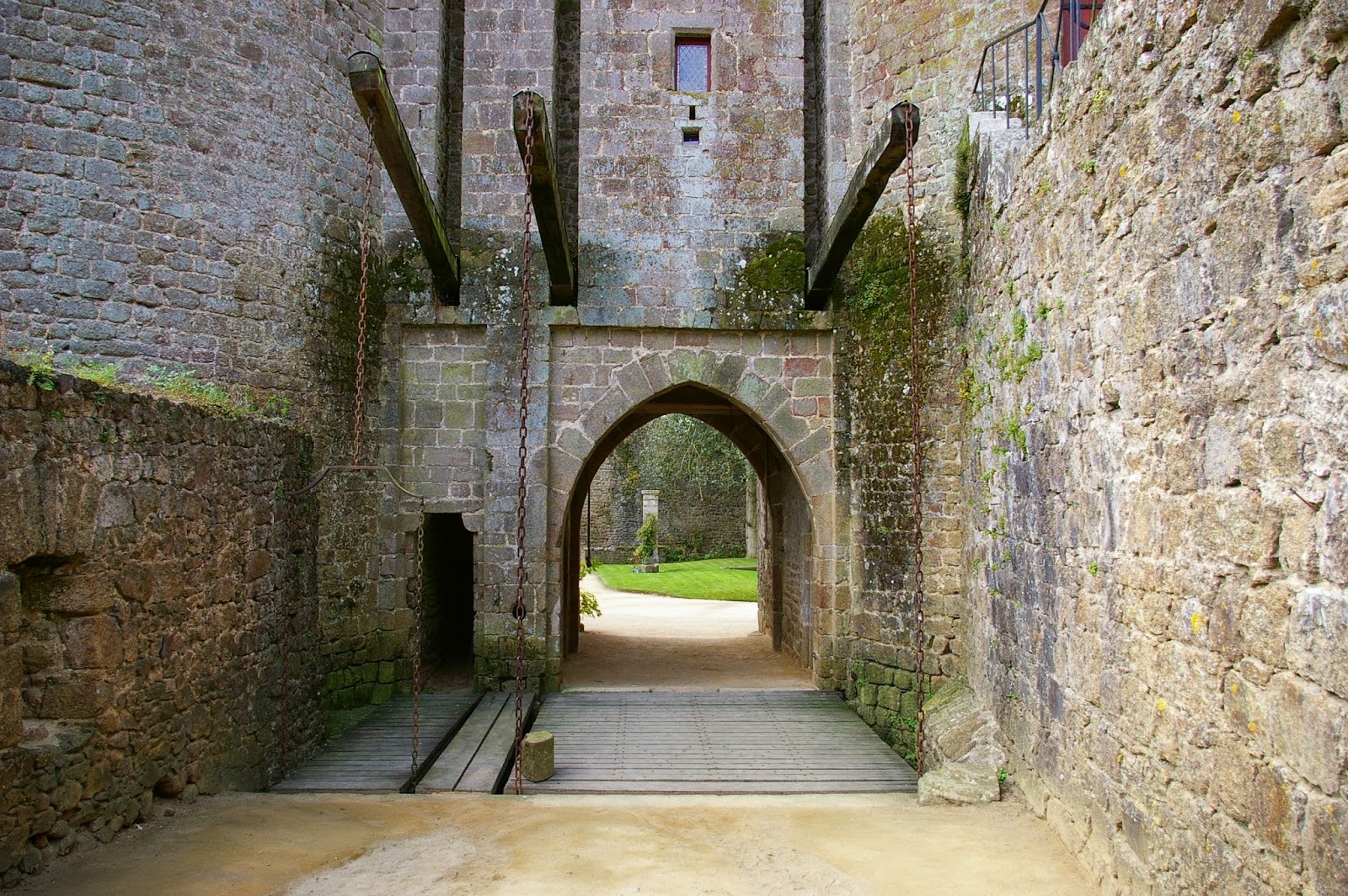 Drawbridge up and down. 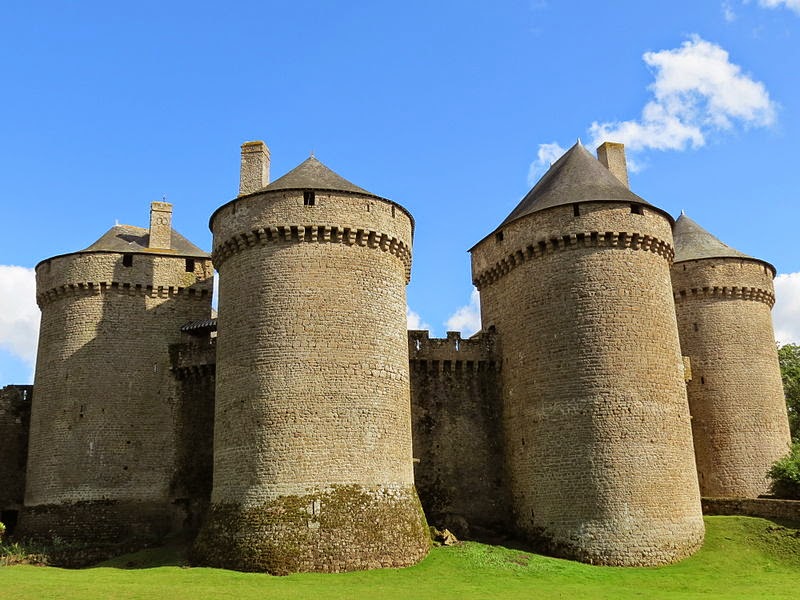 There is nothing especially historic about the 1458 castle, it just looks really cool. And as you can see from the pre-restoration photo at the top of the post, it is very well preserved.
Posted by John at 7:09 AM