The Armor of Dr. Tobias Capwell 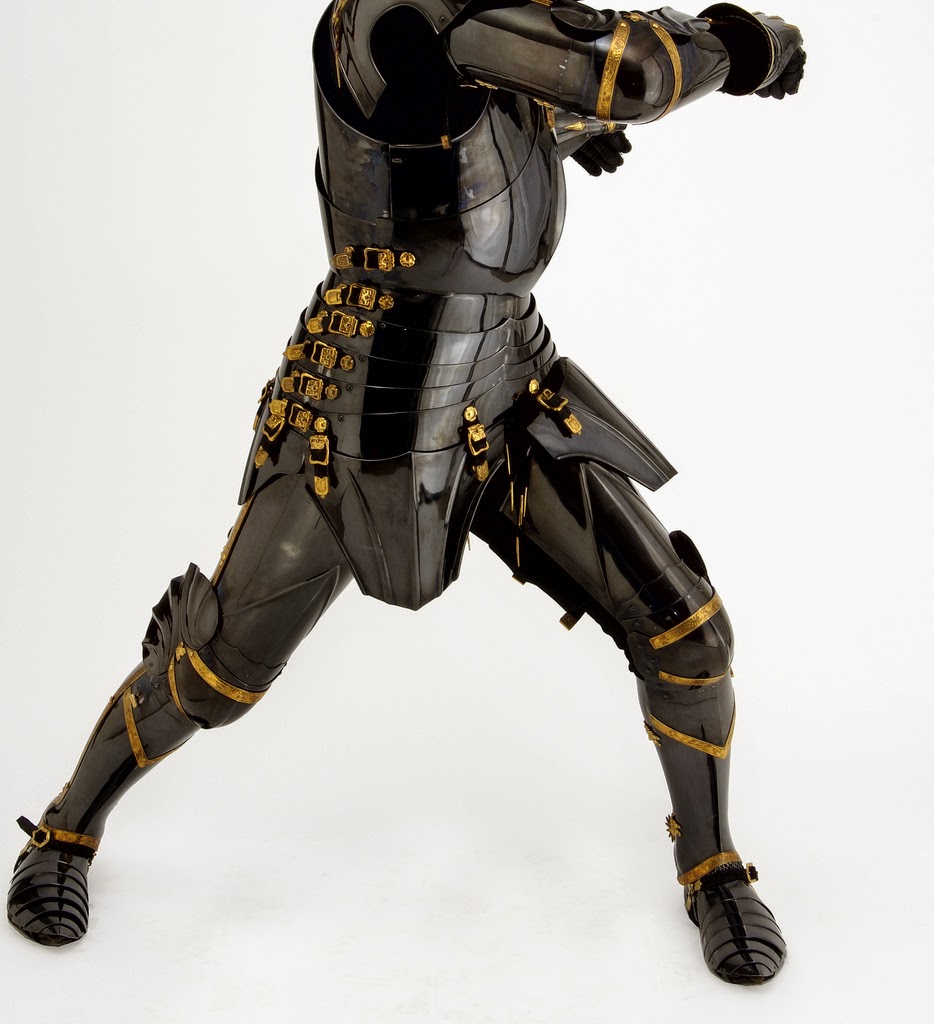 Tobias Capwell is, among other things, a competitive jouster and a professional curator of arms and armor, most recently with the Wallace Collection in London. 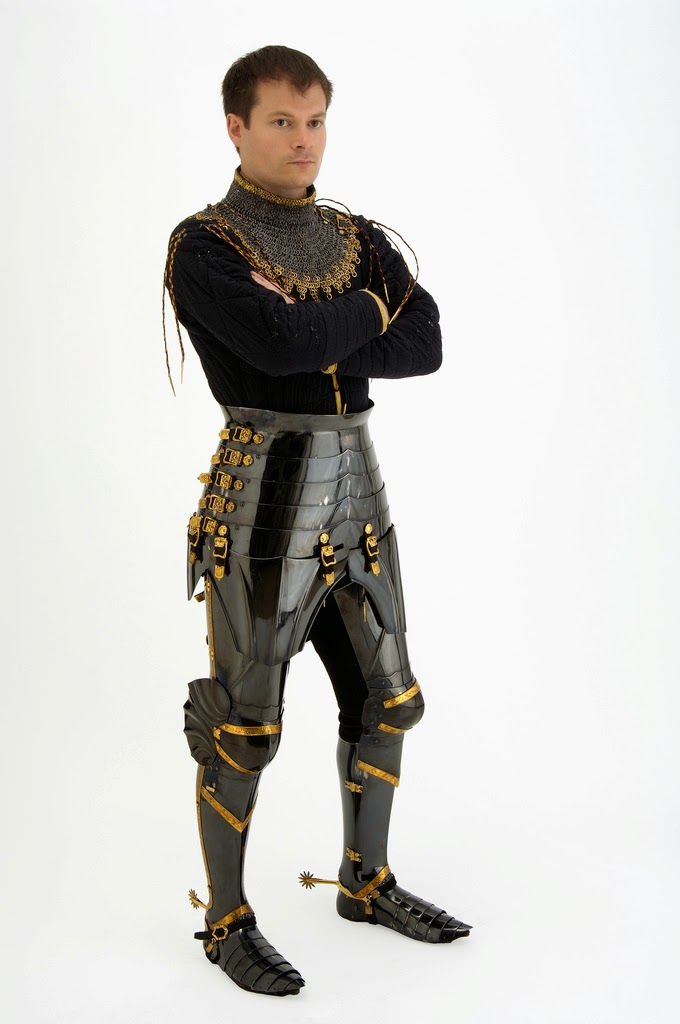 Despite his Ph.D., he seems to be a pretty badass jouster:


In 2005 he took the Scottish Sword of Chivalry after a gruelling three-week tournament held by the National Trust for Scotland and the Royal Armouries, and in 2006 became ‘Queen’s Champion’ by winning the Royal Armouries Queen’s Golden Jubilee joust in 2006. In 2008 Toby successfully completed an authentic 15th-century pas d’armes, held at the Historical Museum in Bern, Switzerland, in which he alone defended the field against three opponents for eleven days in succession, in that time running 132 joust passes or ‘courses’ and fighting 22 longsword combats on foot.

This suit of armor was made for Capwell by Robert McPherson. It reflects Capwell's studies in the English armor of the fifteenth century, which was, he says, rather different from continental styles. McPherson wrote:


Indeed, the distinctive constructional and aesthetic character of English armour in the fifteenth century has only begun to be properly understood as a result of the work of Dr.Capwell. His research, a complex process by which a stylistic understanding of English armour has been reconstructed, was based primarily on the study of funerary monuments. Over three hundred fifteenth-century effigies of men in armour remain in England and Wales, many of which have never been properly studied, published or photographed. These were the key to unlocking the secrets of the English style- several hundred life-sized sculptures, spread throughout the country, never before examined collectively by an armour specialist. But although the study of these artworks yielded a very detailed picture of the development of English armour, there were a number of crucial questions the effigies themselves could not answer. . . . This armour was built to answer the questions that only hands-on, physical experimentation could answer. 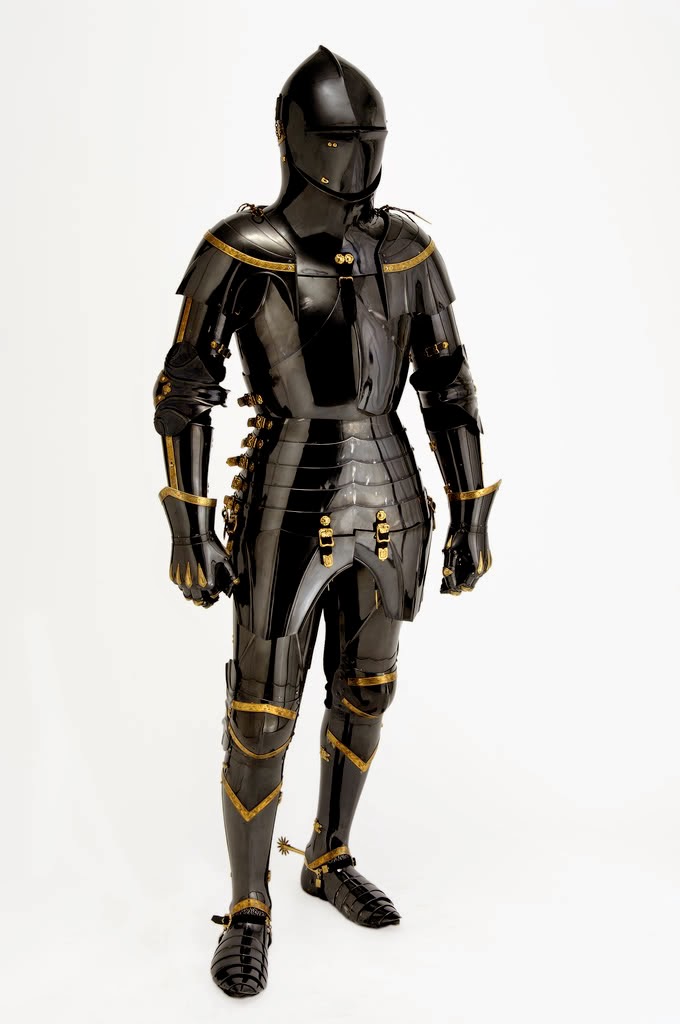 Fascinating. And so cool looking. 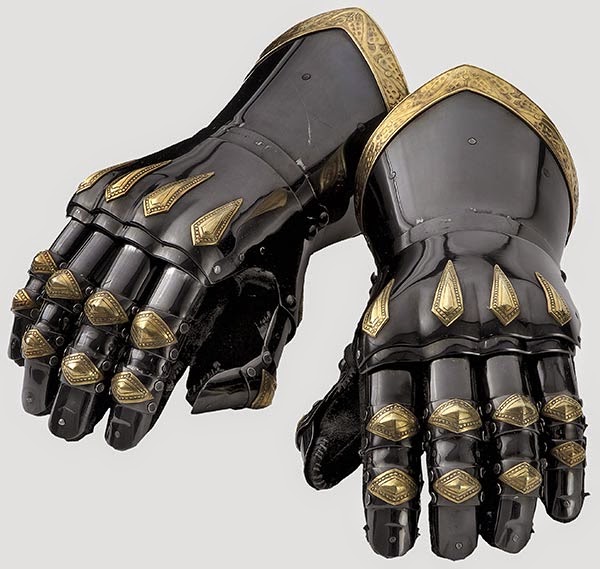 It's refreshing to see modern recreations of medeival arms and armor that have an actual practical element to them. Too much stuff out there is just skeuomorphic aping of surface aesthetics.

Not that wall-hangers don't have their place, of course - but it's nice to see authenticity and pracicality in a field that's been so corrupted by fantasy tropes and the simple passage of time in obsolescence.