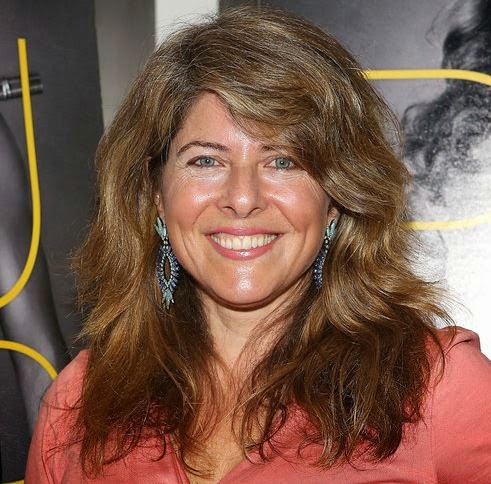 My old classmate, once a famous feminist, is becoming a famous loon:


Author and former Democratic political consultant Naomi Wolf published a series of Facebook posts on Saturday in which she questioned the veracity of the ISIS videos showing the murders and beheadings of two Americans and two Britons, strongly implying that the videos had been staged by the US government and that the victims and their parents were actors.

Wolf published a separate Facebook post, also on Saturday, suggesting that the US was sending troops to West Africa not to assist with Ebola treatment but to bring Ebola back to the US to justify a military takeover of American society. She also suggested that the Scottish independence referendum, in which Scots voted to remain in the United Kingdom, had been faked.

I wonder what forces she thinks are capable of doing all these nefarious deeds at once? Is it just the US and British governments, or is there something deeper? Is Obama really an agent of the Bavarian Illuminati? They are headed by the Bush family, you know, and what cleverer way to keep their grubby paws on the controls of the world than by recruiting a man who seemed like the opposite of W to take his place?
Posted by John at 2:36 PM

People who are unhappy have a tendency to want to blame their state on something - anything - other than their own life and their own choices. Conspiracy theorists and nutjobs in general are almost always people who are unhappy with their lives and are seeking some sort of explanation which allows them to blame a convenient scapegoat - and when they aren't, they're mentally ill.

The basic line of sob-conscious thinking is this:

"I'm miserable. Why am I miserable? Well it obviously can't be me, or any of my life choices, so it must be someone else."

"Okay, so who? My family? My friends? My boss? My coworkers? Ehh.. none of those are really compelling answers. I mean, yeah, my family life and my career influence my happiness, but they don't have -that- much power over me..."

"So who or what -does- have power over me? Society? No, too vague. I need a tangible target for my blame. Hrmm... maybe... the government? Yeah, that's the ticket! They take my money, they tell me what to do, and they do whatever they want! Why do -they- get to run the show? Why do -they- get to tax me of my hard earned money? It's not right!"

"...but that would imply -I'm- doing something wrong by and am therefor at least somewhat responsible for my own situation. And we've already established that can't be the case! Which means that our system can't really be democratic! Yeah, if it was, I could change things - but I'm playing with a rigged deck, being robbed of my power!"

"But if the government's not democratic, what is it? Who is actually calling the shots? And why does the government -appear- democratic if it isn't actually? Someone is pulling the strings, and they want us to -think- that they aren't! But who?! Some "Top Secret" organization? Who would have the power to secretly run the country?"

Every time a reasonable doubt rises up to the surface, it gets explained away by increasingly ludicrous notions. Controlling a country secretly would be stupidly hard and require insane resources that would be almost impossible to conceal? Well then the only reasonable explanation is aliens! They would totally have the resources to pull it off! Right?

Trace it all the way back to the source, and every single time you find the problem is with the individual. Their dissatisfaction with life is so great, and their refusal to believe it could be their own fault so strong and unwavering, that they will invent and believe any absurdity you like so long as it seems superficially possible - and every time you debunk an absurdity, they just invent news ones to superficially explain how the debunking isn't a debunking at all.

It's the same reason why you'll never find a full blown alcoholic who "has a problem". It's never their fault, it's always other people who "drive them to drink". It's the same reason why domestic abusers paint themselves as the victims, with bullshit justification of their violence with claims like "you just make me so mad!" and "this wouldn't happen if you didn't provoke me!". It's the same reason people howl and scream and fight over political parties, with the two "sides" blaming each other for anything and everything, while never finding fault with themselves.

People are not self aware. Their first instinct is to blame others, rather than to blame themselves. Part of it is because culturally we are taught that failure is unacceptable and being wrong is shameful - so we end up emotionally desperate to be "right", even despite all facts and evidence. We're far more worried about saving face and appearing correct, than we are with figuring out the truth and embracing it openly, despite our prior notions.