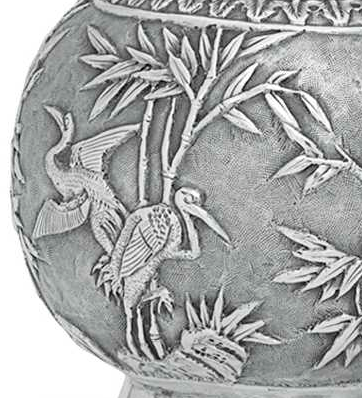 Christie's is holding a big online auction of something I never heard of until today: Chinese export silver, dating mainly to between 1820 and 1930. This was made in China, mainly Canton and Shanghai, for export to the west. The vessel forms are those expected by westerners on their tables, but the decorative motifs are Chinese. Prices at the auction are mainly in the $500 to $5000 range. Above, detail of a bud vase made in Hong Kong, 1850-1910. 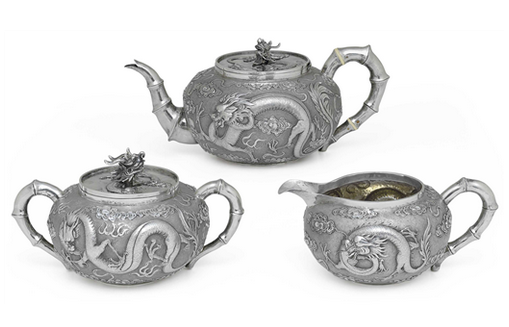 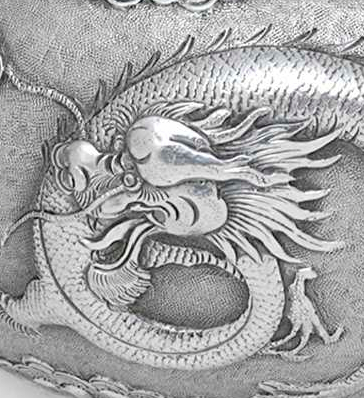 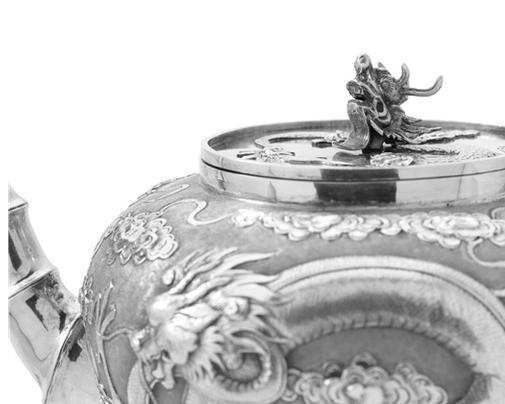 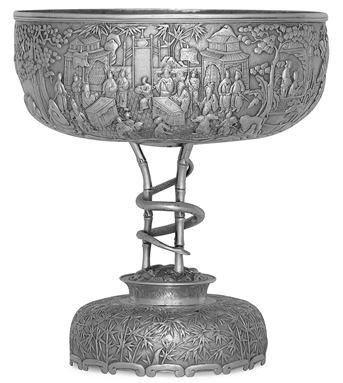 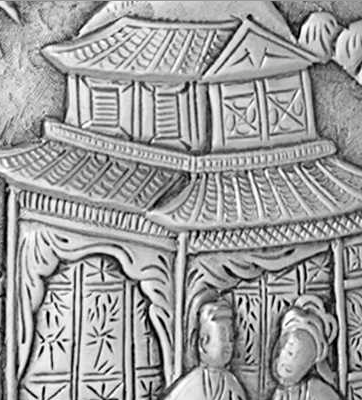 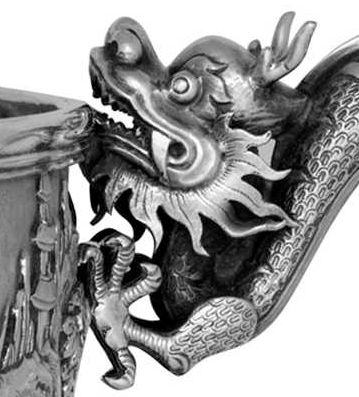 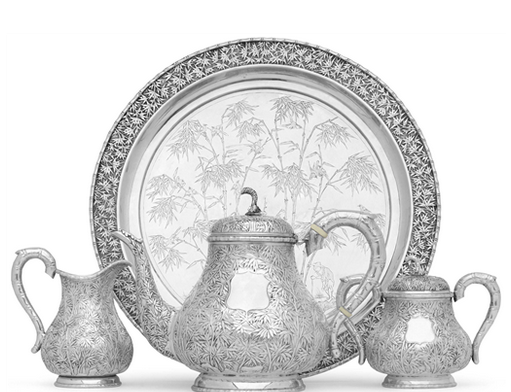 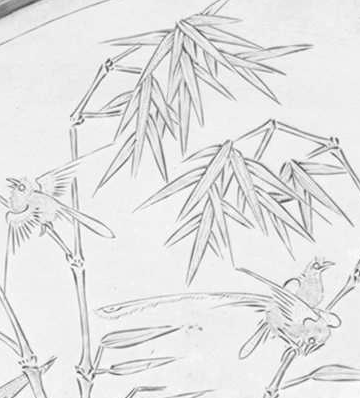 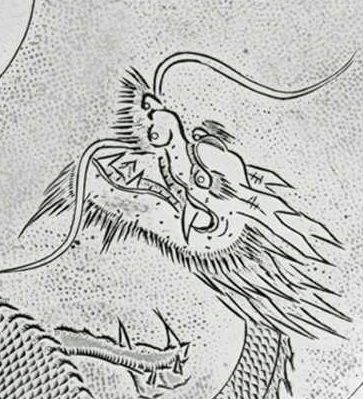 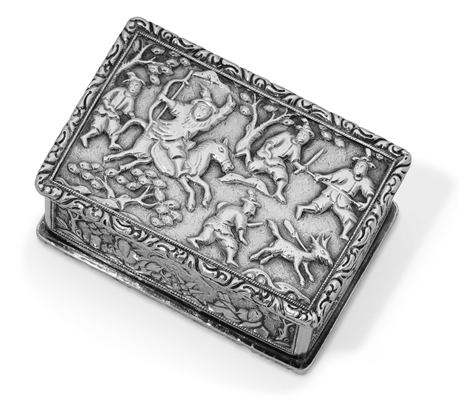 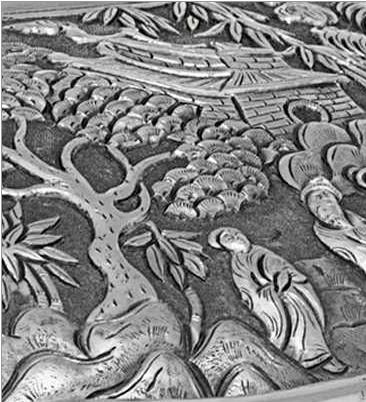 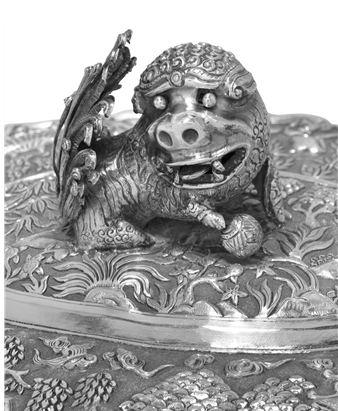 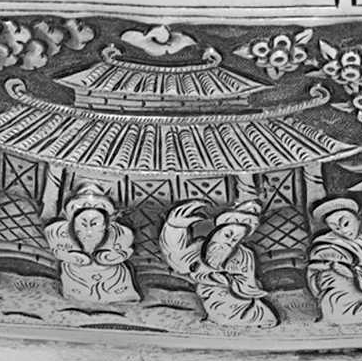