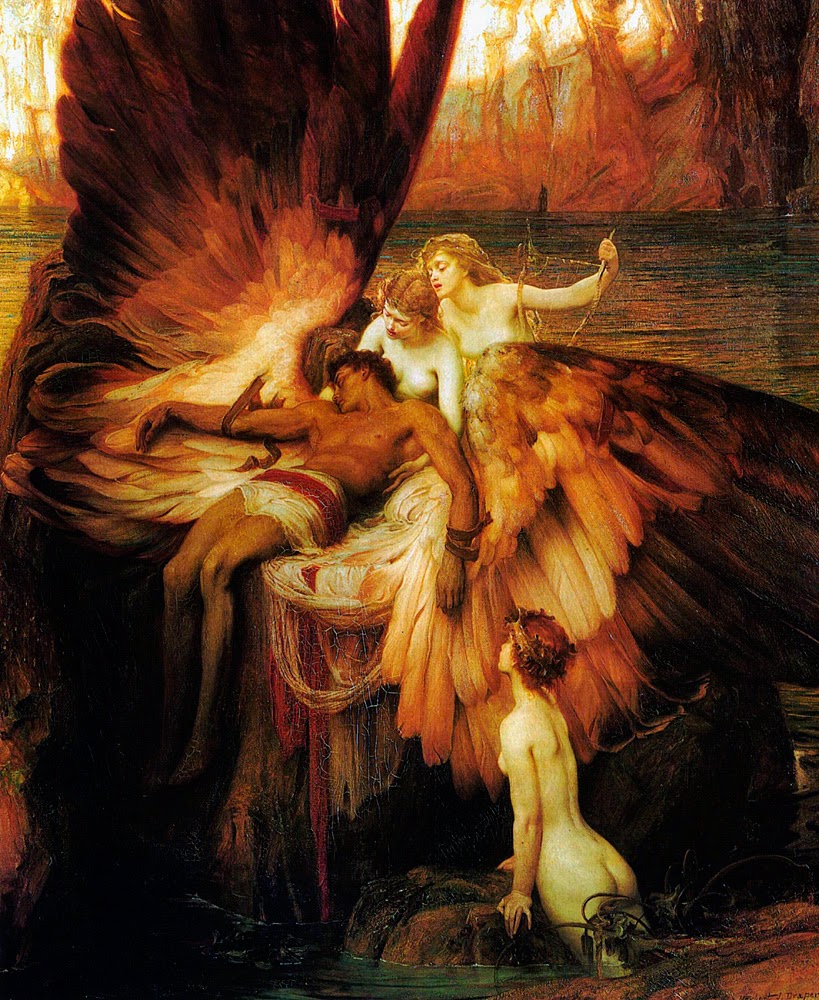 Herbert Draper (1863-1920) was a Victorian painter whose work has seen the same rises and falls in popular esteem as that of his fellow classicists John William Waterhouse and Lawrence Alma Tadema. Around 1900 he was hugely successful, but as modernism came surging on he fell into the ranks of the despised. Lately he has been coming back, as the Tolkien generation seizes control of the art world. Above is one of his most famous paintings, The Lament for Icarus, 1898. This won the gold medal at the Paris Exposition in 1900, marking the pinnacle of Draper's career. 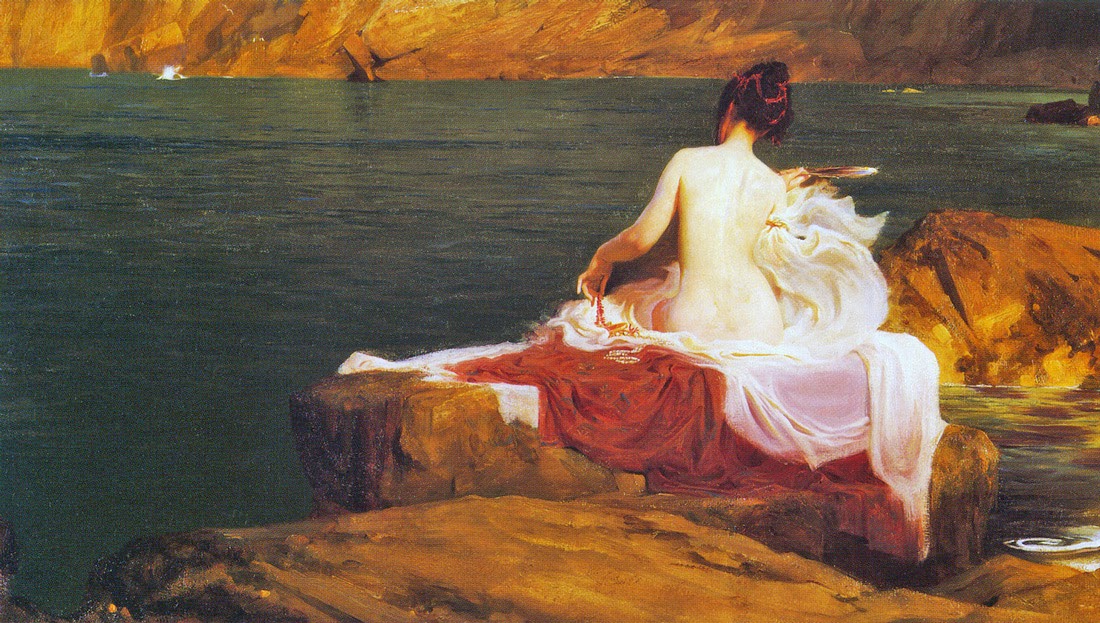 Draper was the son of jeweler, and he was sent to Bruce Castle School in Tottenham and then to the Royal Academy. In 1889 he won the Academy's Travelling Studentship and then spent time in Italy and France. At first he supported himself as an illustrator, but by 1894 he was selling paintings for large sums. Calypso's Isle. 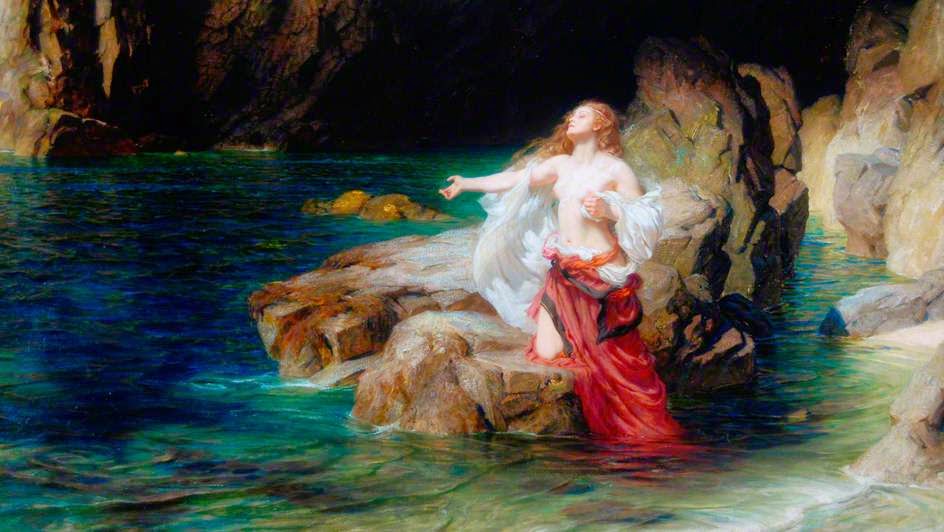 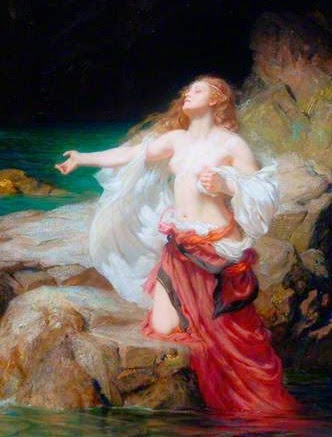 The Pearls of Aphrodite. 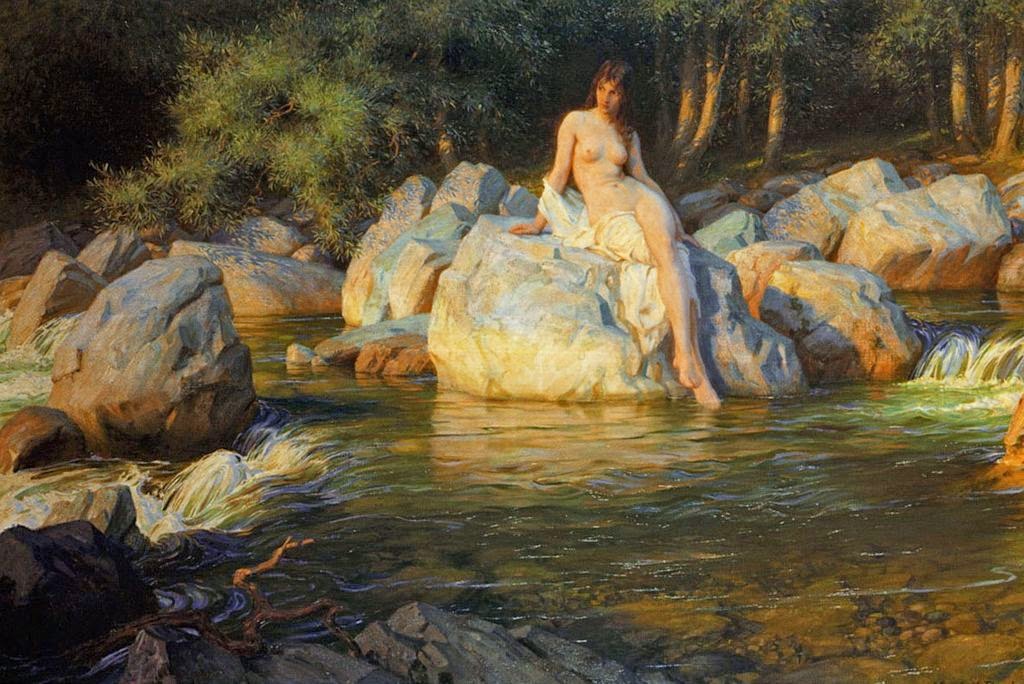 Kelpie, 1903. Yeah, he had a thing for naked goddesses. But what could possibly be wrong with that? 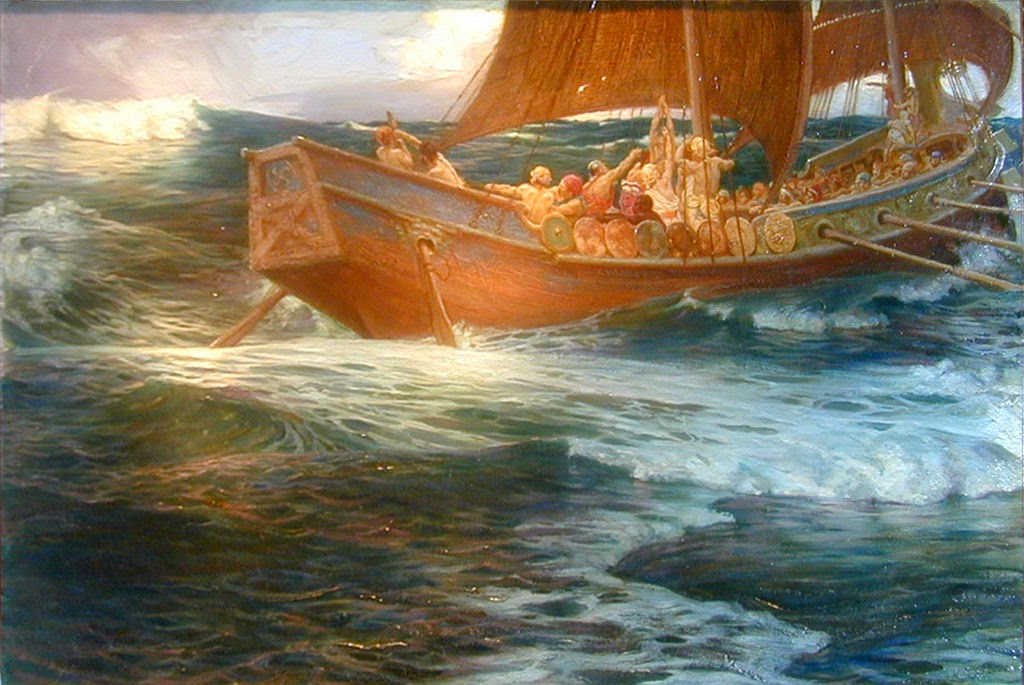 Here's one with no naked women: The Wrath of the Sea God. 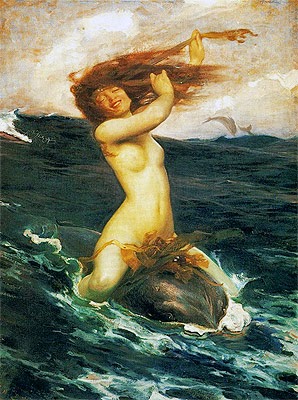 The Foam Sprite, 1897. This one ought to be the club logo of those Brits who "swim" with dolphins. 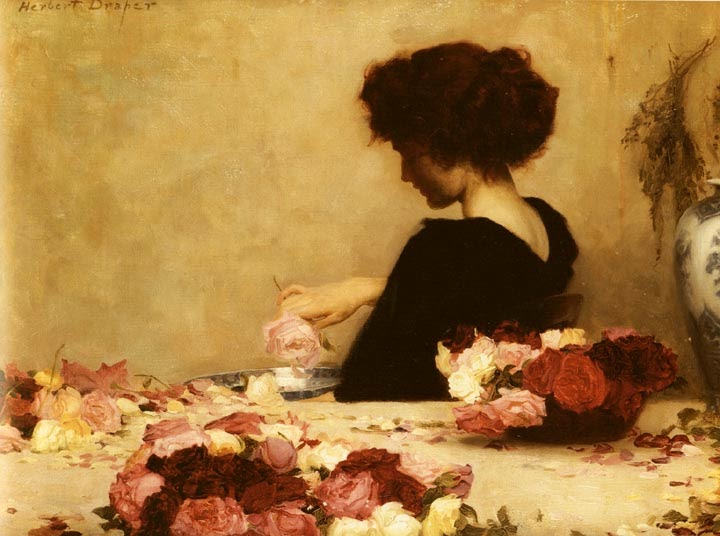 Mostly Draper painted classical themes, but he also did portraits and contemporary scenes. This is Pot Pourri, 1897. 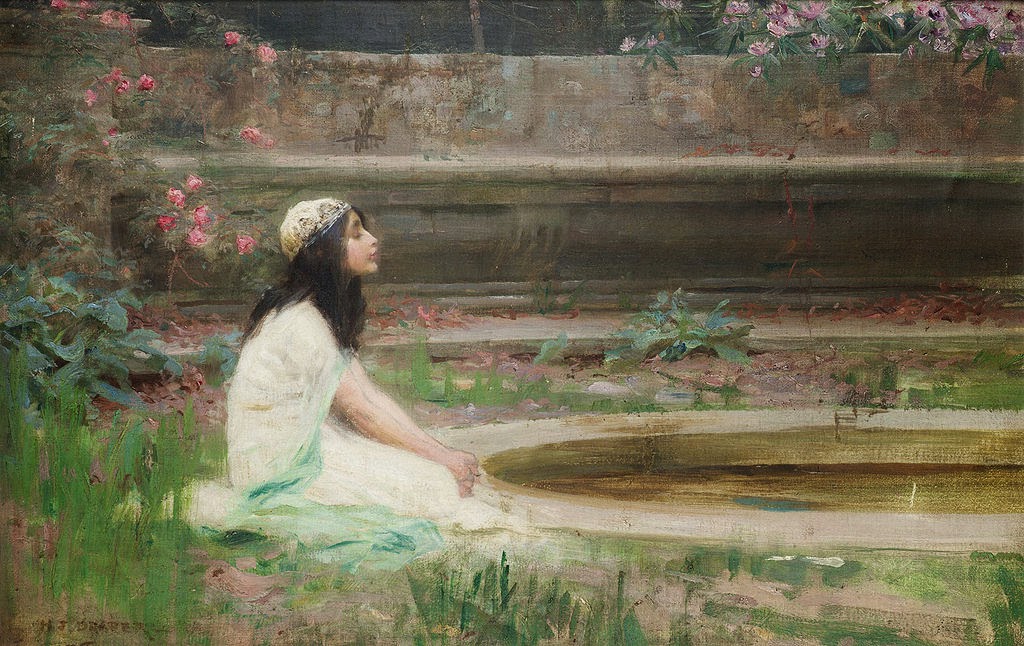 A Young Girl by a Pool. I wish I knew the dates of these, so I could put them in order, but wikipedia doesn't give them and neither does any other source I can find. 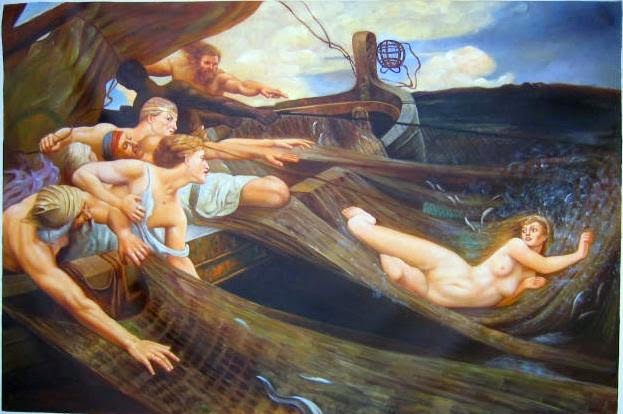 The Sea Maiden. This painting was in the news a few years ago because the Royal Cornwall Museum sold it for $1.34 million to raise money when they were broke. And I don't even like it. 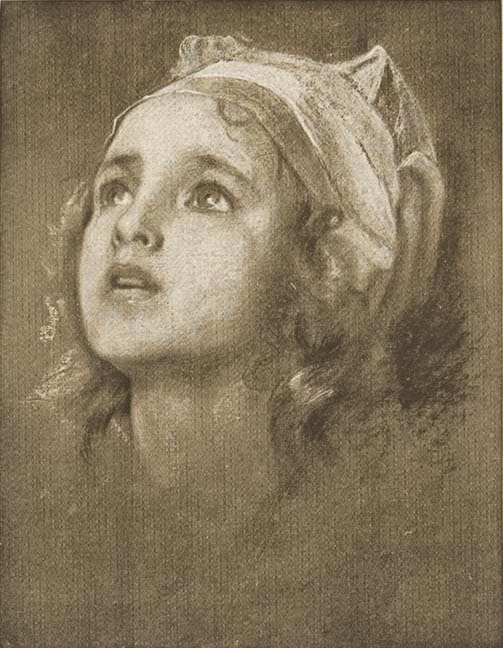 Draper also did wonderful drawings. Those I can find online are mostly studies for his paintings, like this one. 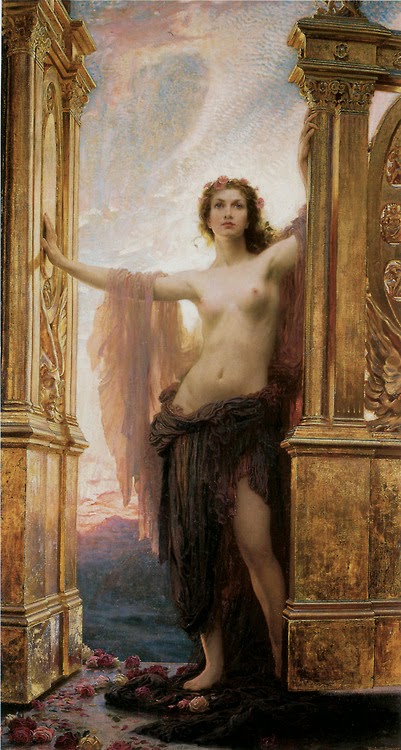 "Ariadne Deserted by Theseus" was completed in 1905 and presented to that year's Royal Academy exhibition.

All of this information is from Simon Toll's book on Draper published in 2003 by the Antique Collector's Club.

Do you know the name of the model he used so frequently?