A Day in the Maryland Mountains 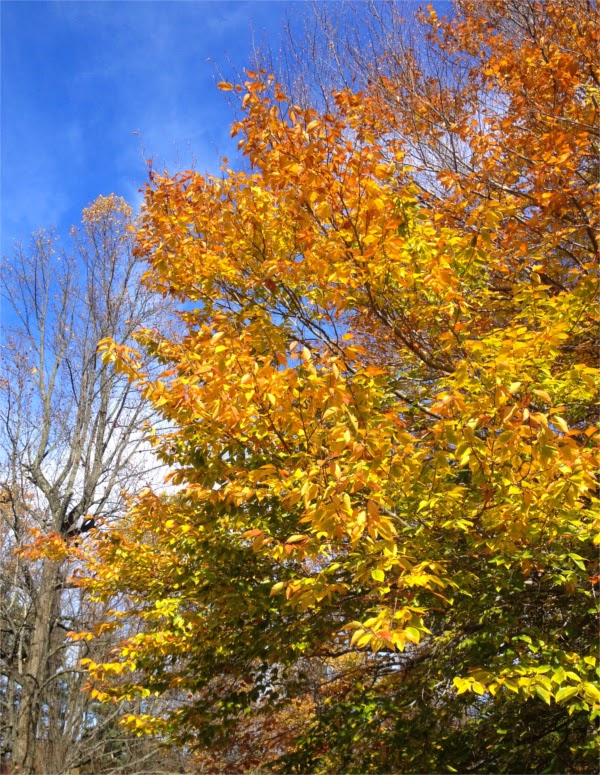 Sometimes I can't believe I get paid to do what I do. Like today, which I spent at Fox's Gap on South Mountain in central Maryland. All along the highway the trees were ablaze. It was a gorgeous day, around 80 degrees in the afternoon, likely the last 80 degree day we will have this year. 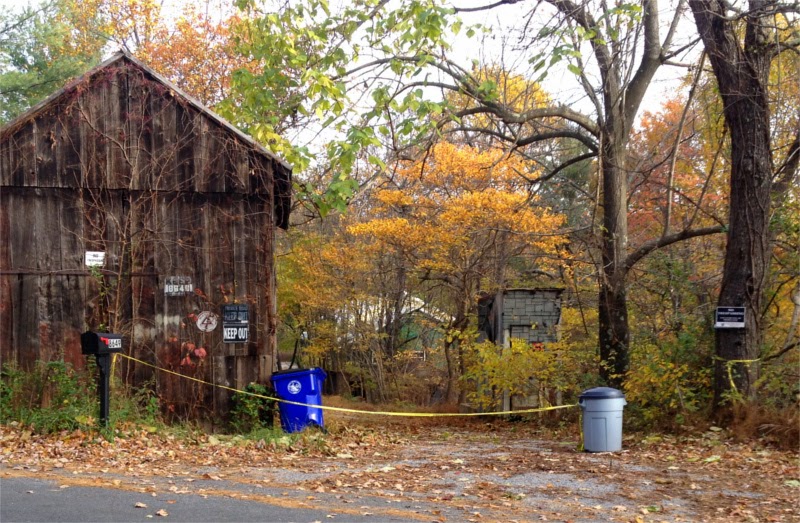 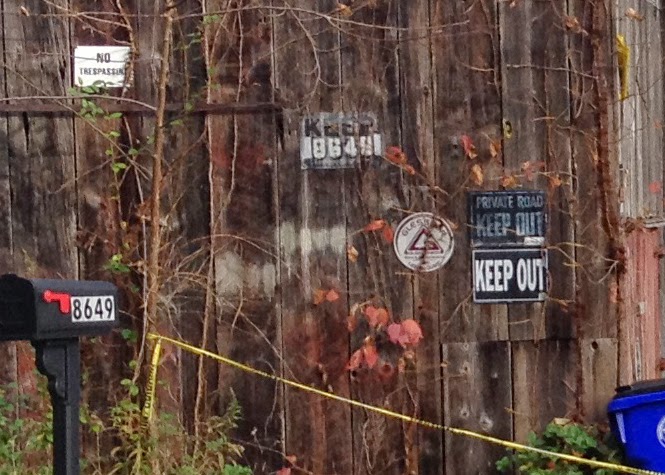 Friendly people up in the Mountains. 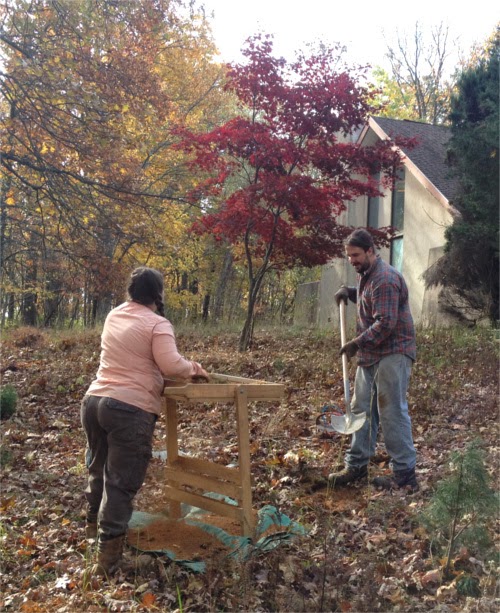 We were there to shovel test a property that has recently been given to the National Park Service as buffer around the Appalachian Trail, and they plan to demolish the circa 1980 house. Here Mike and Emily dig in the yard. 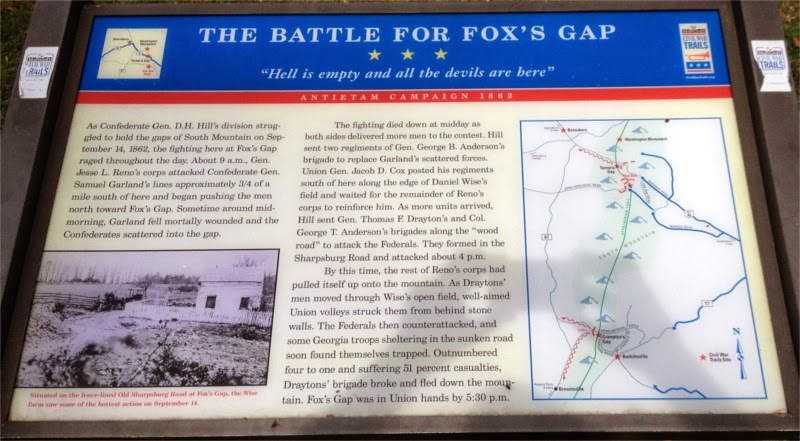 The NPS is a little nervous about destroying the house because it is smack in the middle of the Fox's Gap battlefield, part of the Battle of South Mountain during the Antietam Campaign. Lee had deployed a screen of troops to block the passes over South Mountain while his main forces took Harper's Ferry and Hagerstown. Federal troops attacked on September 14 and drove the Confederates off the crest, advancing into the valley beyond and setting the stage for Antietam three days later. I think this battle was quite important, because it was the first time the Union corps involved had attacked Confederates in a strong position and driven them out. Lee had thought the Federal forces demoralized, so he invited them to attack him at Antietam, thinking he could whip them easily. But instead they fought very hard, hard enough to win a great Union victory if McClellan had not thrown it away with command cowardice at the climax. I think now that a major reason the Union troops performed so well was the boost they got from charging up South Mountain and driving the Confederates off the crest. 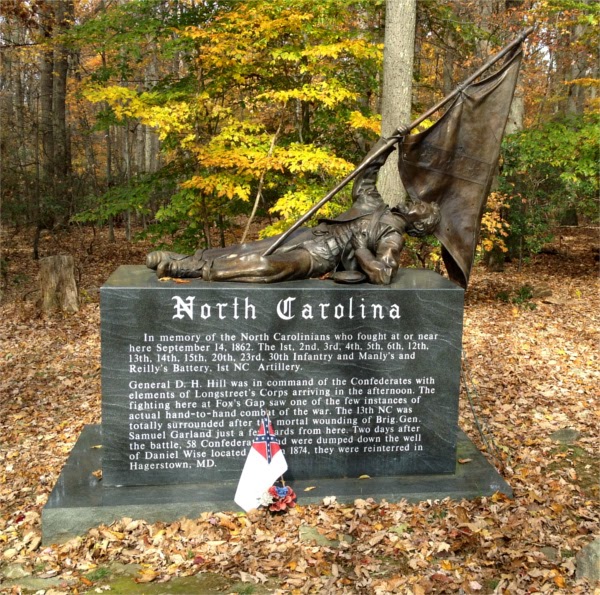 North Carolina Monument. The sculpture illustrates a story carved on the other side, which comes from a 1899 letter by an Ohio veteran of the fight:


Driven back from the front, the enemy falling back through Wise's garden, were met by our line coming up from the rear in the flank, and a terrific fight ensued. The color bearer of a Confederate regiment jumped up on the rear wall of the garden, and defiantly waving his flag, refused the many calls to surrender which he received, was shot and fell inside the garden wall. 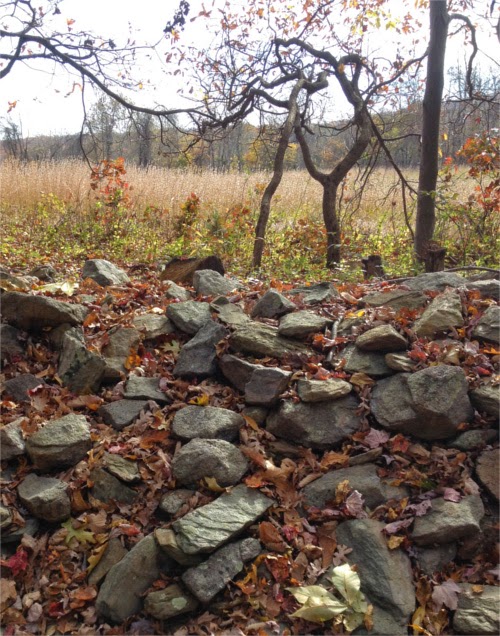 Confederate's eye view of the route of the first Union attacks on Wise's Farm. 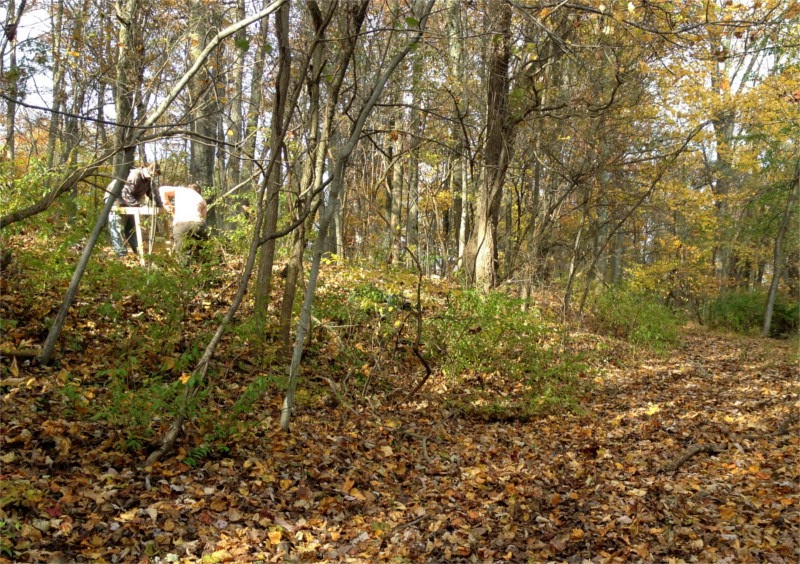 But what we found today was that all the places around the house that may be disturbed when it is demolished were already disturbed when it was built, so no hard will be done to the historic record. Unless you're into preserving ugly houses built around 1980. But not even finding nothing could mess up a day like today.
Posted by John at 8:46 PM