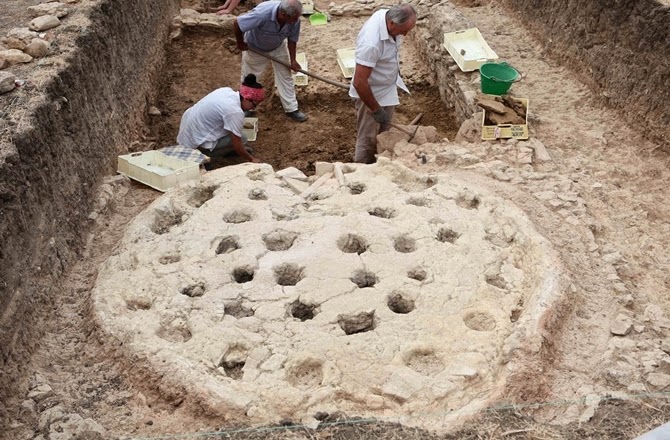 Archaeologists in Sicily have uncovered an industrial pottery works dating to the fifth century BCE:


Stretching for more than 3,200 feet (1000 m), the craft district relied on about 80 kilns for the production of ceramics. “The largest one is 17 feet (5.2 m) in diameter, making it the biggest kiln ever found in a Greek city,” Martin Bentz, an archeologist at the University of Bonn, told Discovery News.

The find was made in the periphery of Selinunte, on the southwest coast of Sicily. The farthest west of the Greek colonies, known for its grand temples, Selinunte enjoyed centuries of prosperity before being reduced to rubble by the Carthaginians during the first Punic War. Located along the river Cottone, now silted up, the industrial quarter operated inside the city walls. “It was separated from the rest of the city by an non-built-up area so to protect the inhabitants from fire danger, smell and noise,” Bentz said.

Pottery production here began in about 550 BCE and ended in 409, when Selinunte was sacked by the Carthaginians. The workshops were spread out along four artificial terraces cut into sloping ground. At first the main product was small terra cotta statues, but around 450 a huge new was structure (3900 square feet or 360 m2) was built for making roofing tiles and pots.

When you consider how many tile-roofed buildings there were in the ancient Mediterranean, there must have been many such workshops.
Posted by John at 7:55 AM