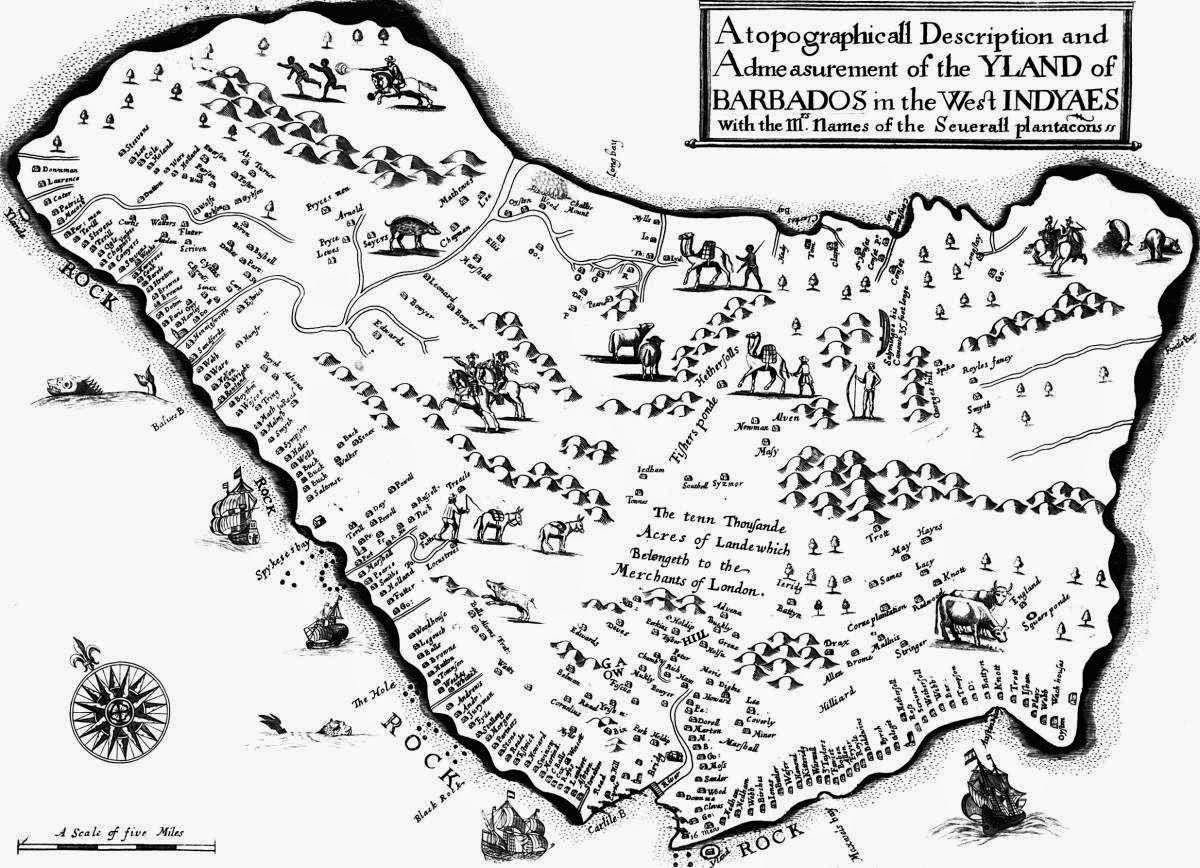 Sometimes humans seem noble, even exalted, with abilities and plans great enough to act alongside angels and demons in the cosmic drama. Other times we seem like particularly vicious lemmings.

I mention this because I have just finished listening to Matthew Parker's The Sugar Barons: Family, Corruption, Empire, and War in the West Indies (2011). This is a quite readable history of the British colonies in the Caribbean, from the first settlements on Barbados around 1620 to the abolition of slavery and the collapse of the plantations. Parker's focus is on a handful of the great sugar families -- Drax, Codrington, Beckford, etc. -- but along the way he gives an entertaining narrative of political and military events in the islands, a good economic history of the sugar plantations and their place in the world economy, and a useful introduction to the social history of the plantations, with enough material on slavery to convey the peculiar brutality of the system. 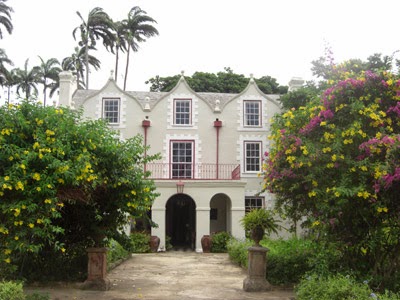 Sugar was the king of the British and French overseas empires. Viewed from London and Paris, the Caribbean was the great center of imperial endeavor, North America just a sideshow. In 1650 the single island of Barbados had more European settlers than all of North America, and the value of its exports was five times that of Virginia and New England combined. All through the seventeenth and eighteenth centuries it was sugar that drove imperial calculations. It was sugar that made the empire profitable; it was the demands of sugar planters that drove the slave trade with Africa; it was trade with the sugar islands that created the maritime economy of New England. By 1750 sugar was the most valuable traded commodity in the world, surpassing even grain. The vast wealth of the top sugar planters upended the social hierarchy of Britain; in 1770 the three or four wealthiest private citizens in the world were probably sugar planters. By then more than 40 sugar barons had bought their way into Parliament, creating a powerful "sugar interest" that guided imperial policy toward the needs of the planters and shut out the different concerns of New Englanders and Virginians. The story of the sugar colonies is well worth knowing, and The Sugar Barons is a good place to start.

Parker also has a good eye for documentary sources that bring out the weirdness of the West Indies. He has the diary of a plantation overseer who kept a minutely detailed record of his life, including every time he had sex with a slave, and a firsthand account of the 1694 earthquake in Port Royal, Jamaica, a town built on sand that turned liquid during the quake, so that hundreds of people sank into it like water, only to be trapped when the shaking ceased and the ground turned solid again. 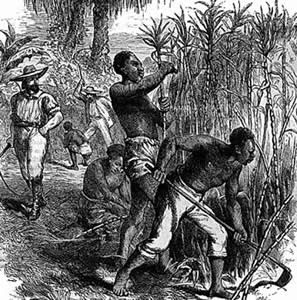 But the main impression I took away from The Sugar Barons was the same one I always get from accounts of the Caribbean colonies, a vision of the scrabbling, ratlike quality of human existence. The sugar islands were an empire of cruelty and death. To the old European scourges of smallpox and influenza the tropics added malaria and especially yellow fever, besides rum and general dissipation, and as a result the life expectancy of a European who sailed to the Caribbean was less than five years. Even those who survived the fearful "seasoning" of the first few years rarely lived to old age; a majority of 30-year-olds in the islands were dead by 40, and a majority of 40-year-olds were dead by 50. The death rate for whites in Jamaica over the entire eighteenth century was about the same as what London experienced during the Great Plague year of 1665-1666. Every army or fleet sent out with great plans for conquest melted away in the Caribbean climate; one force sent from England in the 1690s started with 28,000 men but lost 20,000 within months, only a handful to bullets. West Africa was even worse for Europeans. Most people have heard of the horrors of the "middle passage" for enslaved Africans, but the death rate for the ships' white crews was even higher than that of the miserable slaves chained in the holds.

Yet people kept leaving Europe and sailing toward these lands of death, drawn by the dream of great riches and pushed out by the grinding poverty and rigid social hierarchy of the home islands. A few of the survivors did get fabulously rich, and a few more earned respectable livings. But efficient sugar production required large plantations and a great investment in machinery and especially labor, so after the chaos of the first pioneering years very few poor men were able to become sugar planters. I was impressed by how many of Jamaica's great families were founded by men who came in the very first shiploads of British soldiers and settlers. Once the great plantations were up and running, sugar was a rich man's game. 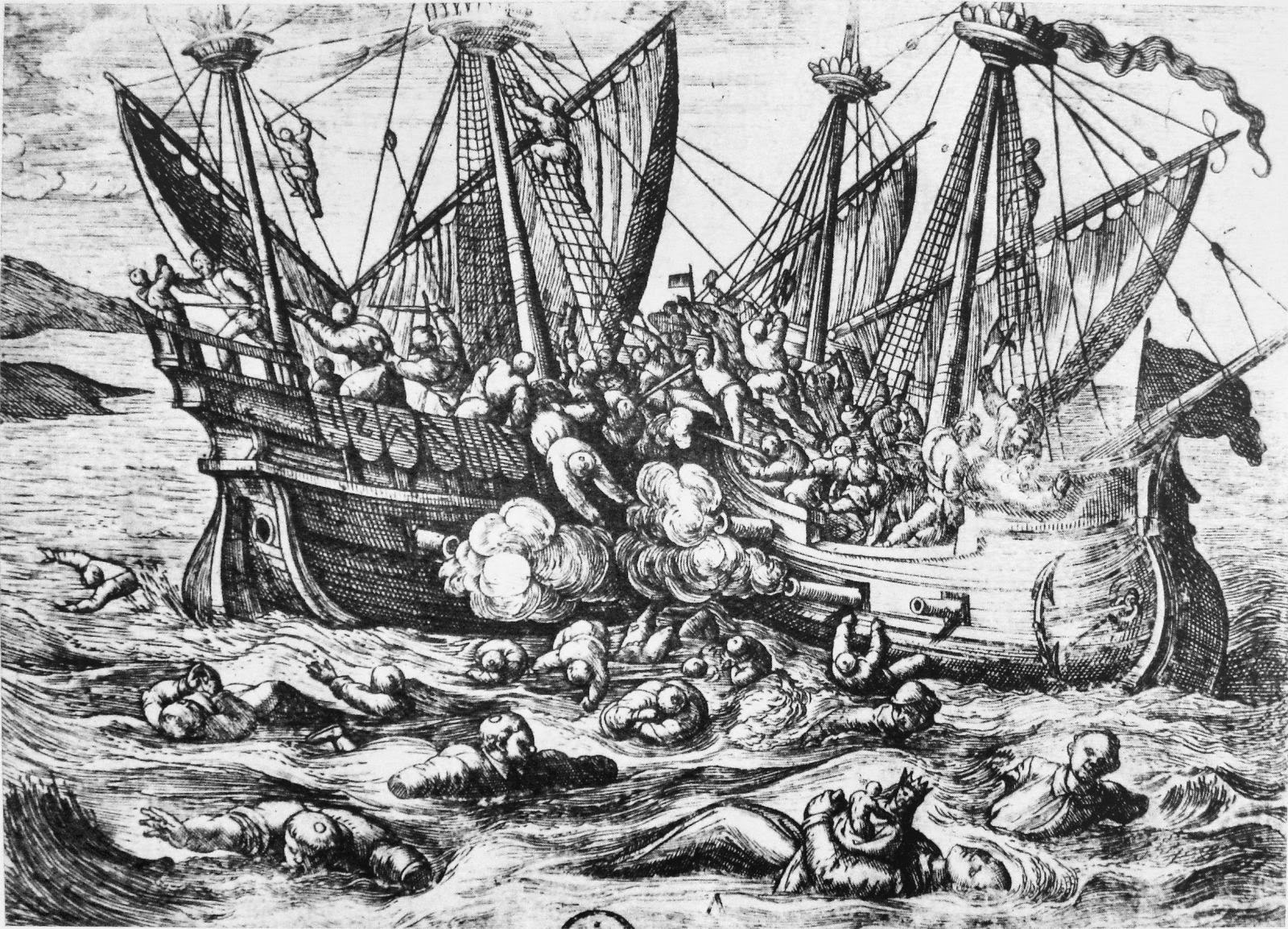 Still, thousands of poor white men went to the islands, where they ended up scrabbling for existence around the margins of the sugar estates. It was these rootless men who supplied the manpower for the other great Caribbean enterprise, piracy and privateering. The colonial powers were almost constantly at war, whether declared or not, and all licensed privateers by the dozens. A successful privateering voyage could earn a common man more in a month than he would earn in a lifetime of labor. No wonder that when peace was made, for example in 1713, the privateers turned to outright piracy. It was only by violence that the average man had any chance of sharing in the wealth of the empire. Piracy was horribly dangerous, but then nobody in the islands expected to live a long life anyway. 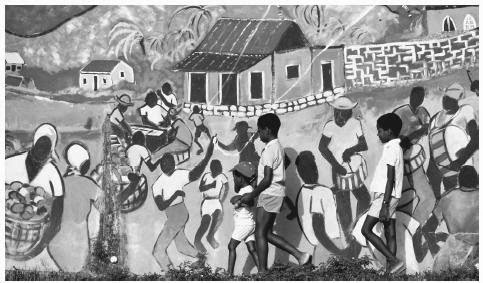 And that was just the white people, the ruling elite of the islands. After about 1660 almost all of the labor on the sugar estates was supplied by African slaves. These unfortunates were kidnapped from their homes by armed gangs, dragged to the coast in chains, stacked like cordwood into the dark, stifling holds of small ships and brought across the ocean to the Islands of Death. Africans had some resistance to malaria and yellow fever, but the life expectancy of new arrivals was not much higher than that of Europeans. Underfed, worked near to death, punished savagely for minor infractions -- cutting off a man's hand and forcing him to eat it was a common punishment for refusing to work -- they died in droves. Some committed suicide, a practice encouraged by the belief that they would be reincarnated back in Africa. Few were able to form families, because most planters forbade women from taking time off from labor to nurse children. Only the massive importation of new slaves allowed the numbers to be kept up; between 1650 and 1800 more than four million African slaves were brought to the sugar islands, but when slavery ended in 1838 there were only 400,000 surviving blacks.

Caribbean slavery was shocking even to the hard hearts of eighteenth-century Europeans. Every so often a moralist would notice that the profit of the empire was being whipped out of slaves and demand that something be done -- many of the great minds of the era, from John Locke to John Wesley, denounced the evil of slavery. But nothing ever was done, because the profit was too great. The system was making people rich, filling the treasury, fueling commerce. From Boston to Glasgow to Berlin, the livelihoods of hundreds of thousands depended on sugar, and sugar meant slaves. The slaves formed the large majority of the population on all the islands, and the Europeans believed that only savage cruelty kept them from rebelling.

Given the prominent place of the sugar trade in the rise of the modern world, it is worth thinking a little about the horrors that lay behind it. And about this whole side of human life, the vicious struggle for survival, riches and mastery that we mask with talk of glory and civilization. We are animals, predatory animals, and though we like to speak of the violence and cruelty of wolves or lions or hyenas, we are the true masters in those departments.
Posted by John at 2:49 PM

If you want to find the worst, most abyssmal human conditions and experience in history, look to the tropics.

Africa, America, Asia... it doesn't matter. They all fell prey to colonial exploitation by outside forces - and not just ones from Europe, but local powers. These climates just seem to breed human misery when they come into contact with peoples from colder parts of the world.