Today my thoughts travel to Visby on the island of Gotland, a medieval walled city mostly ignored by the modern world. 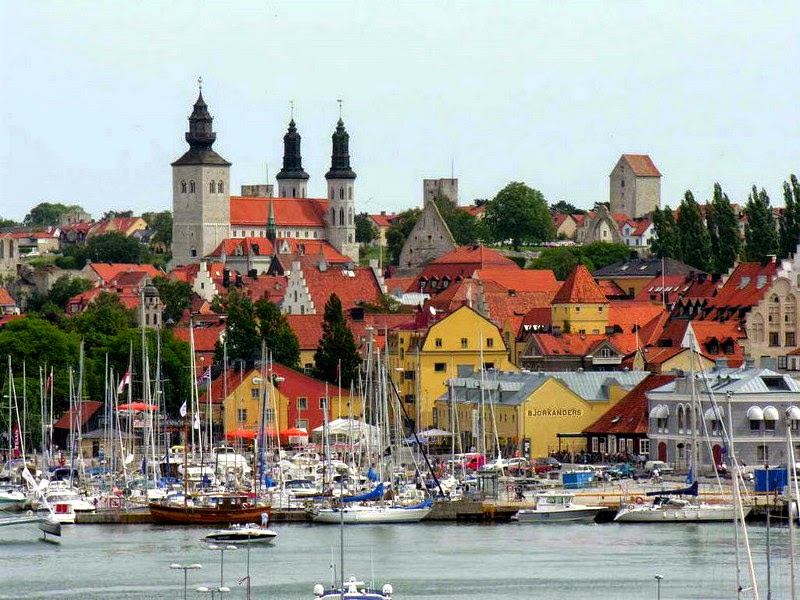 Gotland was a great center of Viking commerce, and many hoards of silver from Europe and the Middle East have been dug up on the island. But the Vikings built in wood, and nothing of their town is left except some post holes and potsherds dug up by archaeologists. Visby the thriving port dates to the twelfth century, when German merchants settled on Gotland and it became a leading city of the Hansa. (Hanseatic League as some people insist on calling it in English, adding three useless extra syllables.) Much of the trade from Russia and Finland to the west passed across its wharves, and it was also an important center of the Baltic herring fishery. 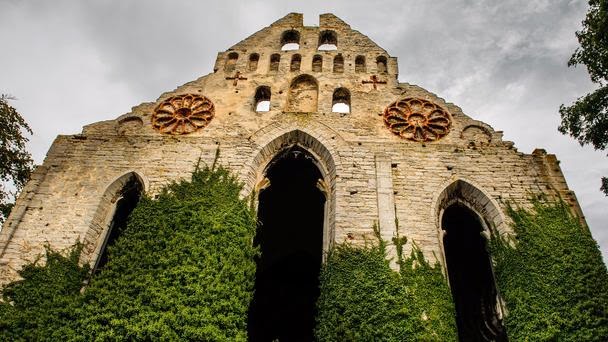 At its height Visby had 15 churches, 13 within the walls and two outside; services were held in Danish, Russian, and German as well as Swedish. 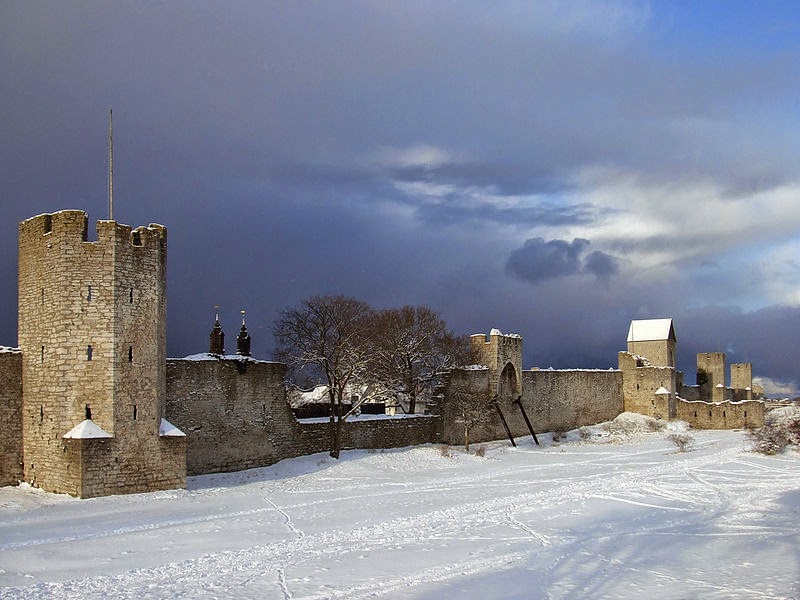 The walls were built in the thirteenth century and reached their current form around 1300. 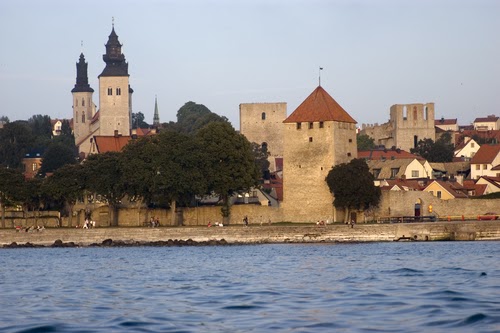 The later history of the town shows why the walls were needed. In 1361, Gotland was attacked by Valdemar IV of Denmark. The Gotlanders chose to fight a battle outside the walls, but 1,800 were killed and the rest fled into the city. Valdemar smashed a breech in the wall, set up three huge beer barrels and threatened to turn his men loose on the town unless the barrels were filled with silver and gold. The Visby city council stripped their churches to fill the barrels, and Valdemar added "King of Gotland" to his list of titles. 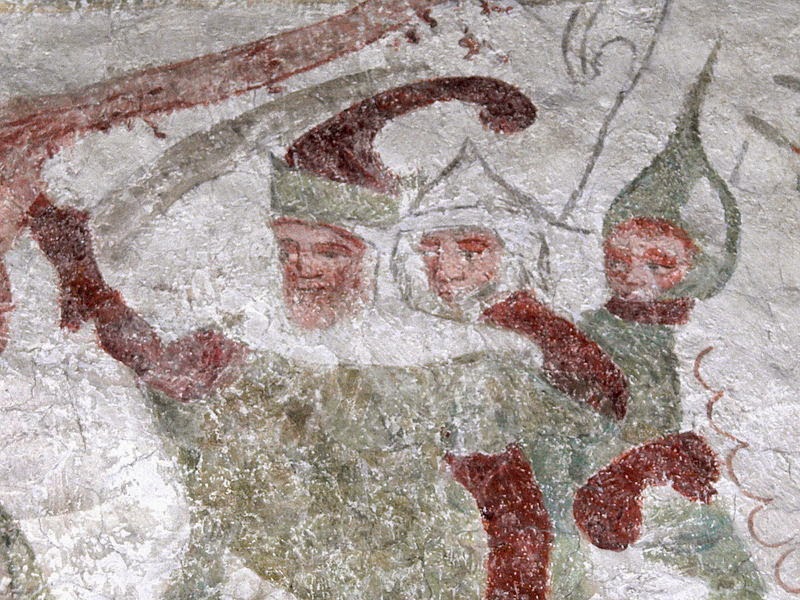 In 1394 Visby was plundered by pirates known as the Vitalian Brotherhood or Victual Brothers. These were former privateers who had been recruited in 1392 by Albert of Mecklenburg, then King of Sweden, to wage war on his enemy Margaret of Denmark. When Albert's cause was lost, they turned to fighting for themselves. In 1394 they took over Visby and made it their base, for a few years doing so much damage to the Baltic trade that they nearly brought it to a stop.  This 1405 wall painting in Bunge Church on Gotland is said to depict the pirates. 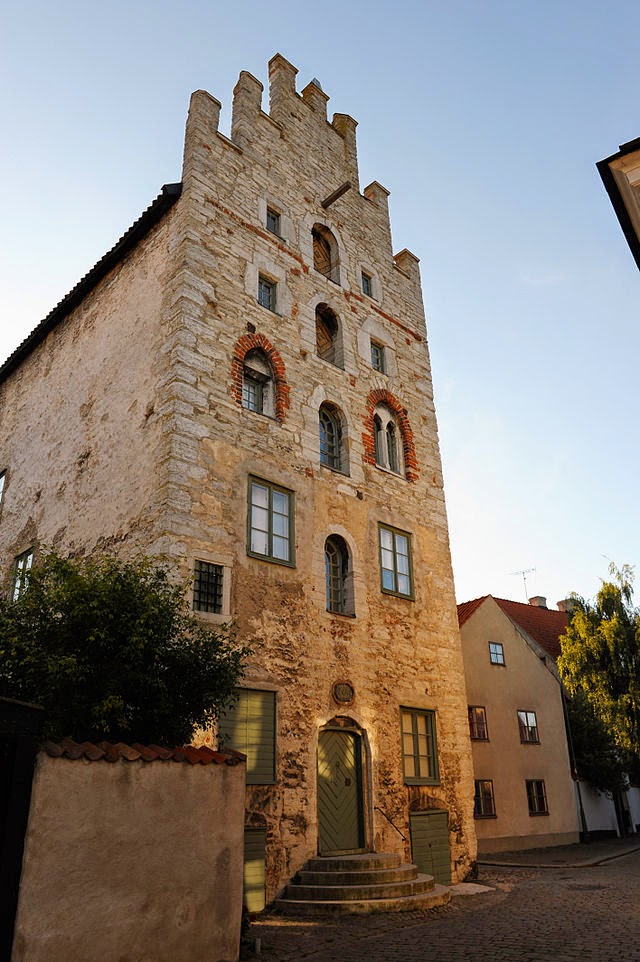 The scale of the pirates' destruction unified the merchants against them, and in 1398 the Teutonic Knights supplied the Hansa with an army that drove the pirates out of Visby and put an end to their power. But the knights liked the place so much they decided to stay and take over the town themselves. They held Gotland until 1409, when they handed it to Denmark as part of a peace treaty between the Danes and the Hansa. 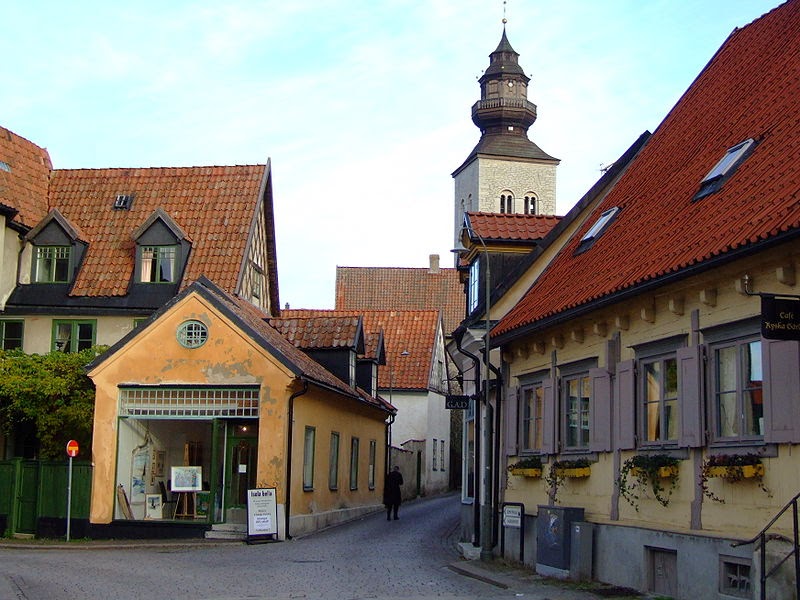 In the fifteenth century the town remained a pawn in the struggles waged by Denmark, Sweden, the Hansa, the Teutonic Knights and others over control of the Baltic, and it was attacked several times. 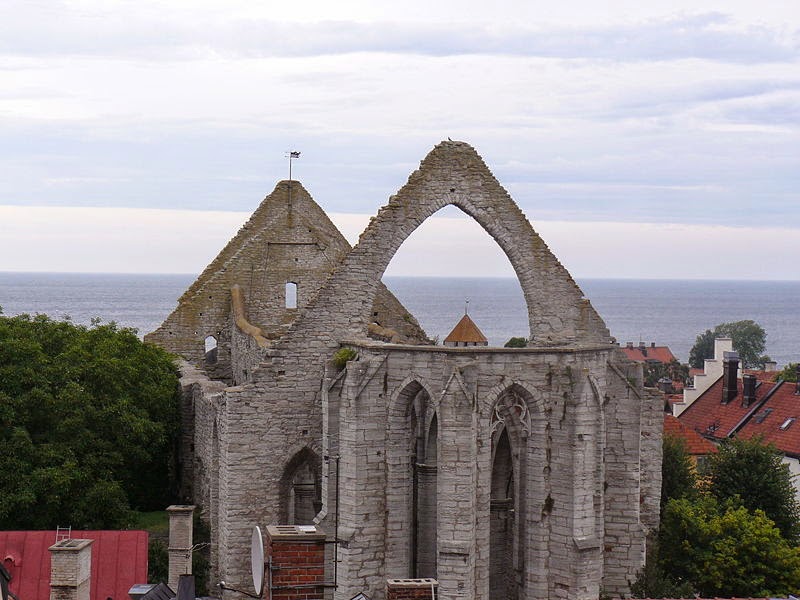 In 1525 Visby was taken and brutally sacked by an army from Lübeck, most powerful of the Hansa cities. Much of the town was completely burned, and it did not recover for centuries. The reduced population did not need all of the churches, and they were left in ruins as a sort of monument to the sack and to the town's former glory. Gotland was returned to Swedish control in 1645. It had its last brush with war in 1808, when it was briefly occupied by the Russians. 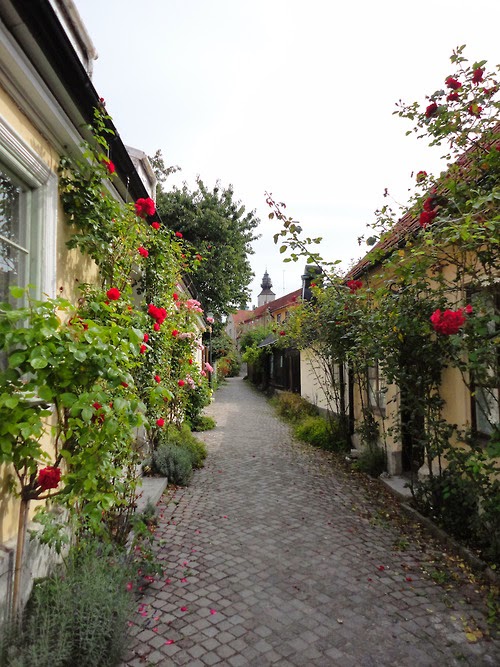 These days Visby is a World Heritage site and a favorite summer vacation spot for Swedes, famous for roses, ruins, and gentle charm. 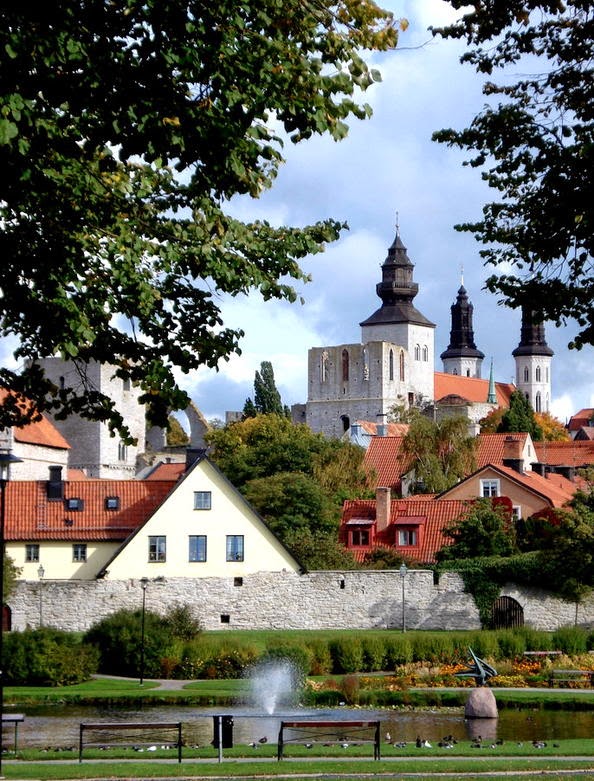 Besides the impressive walls and lovely cathedral there are more than 200 buildings with "substantial medieval elements," including warehouses and dozens of private houses. It seems like a place that would be both fascinating and delightful, and I wish I were there.
Posted by John at 7:26 AM