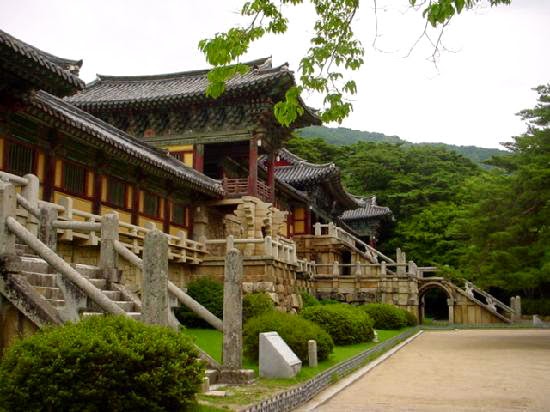 Bulguksa is a wonder of ancient Korean art and culture, built in the eighth century but still an active temple. It is located on the slopes of Mount Toham near Gyeongju city in South Korea. 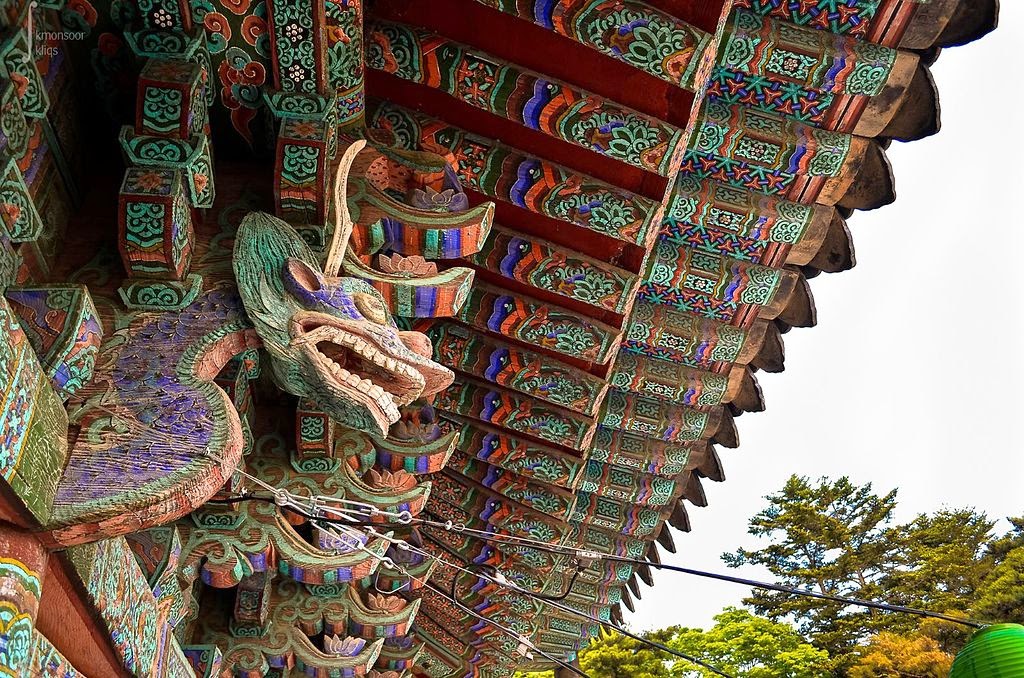 Temple tradition maintains that the first shrine on this site was built by King Beopheung in 528. Mount Toham was within the Kingdom of Silla, one of three that warred for control of the Korean peninsula in the early centuries CE. In 676 Silla conquered the other kingdoms and unified the peninsula for the first time. This brought vast wealth to the royal court, and they built on a scale never before seen in Korea. 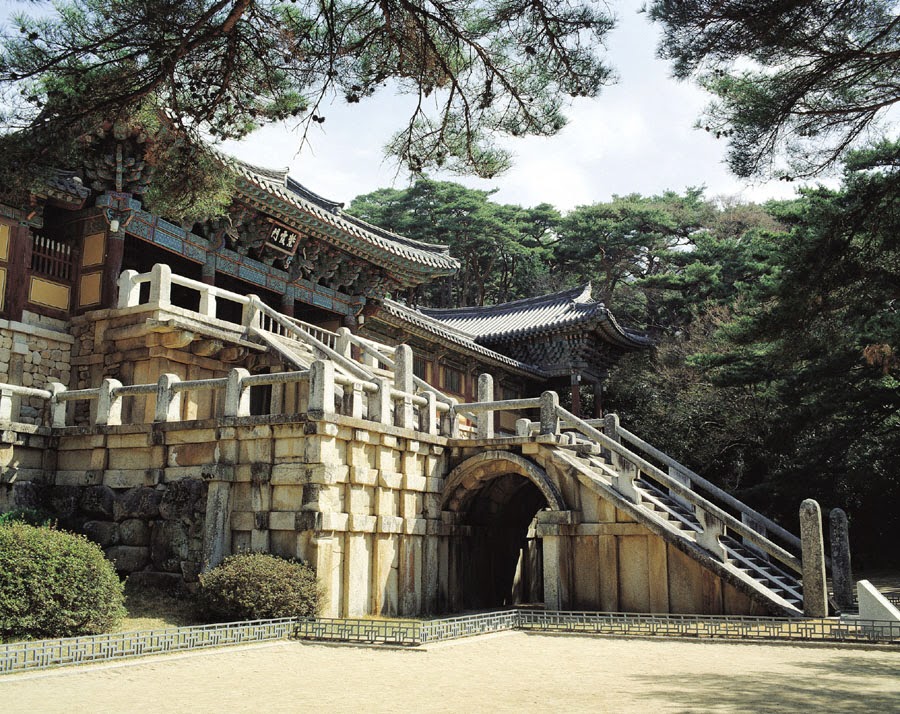 The chronicle called Samguk Yusa  records that the current temple was constructed under King Gyeongdeok, beginning in 751. The project was launched by chief minister Kim Daeseong to pacify the spirits of his parents. (Did he do something really, really bad to them to require such a huge pacification? Or were they just the kind of Korean parents who are never satisfied with their children's achievements? And how interesting that the chief minister of Korea in 751 had a name that could equally be born by a contemporary Korean minister.) 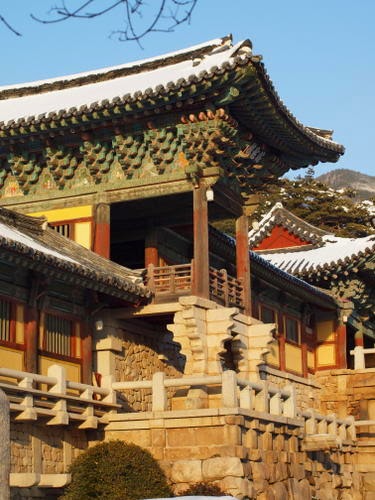 The building was completed in 774 by the Silla royal court, after Kim's death, and given its current name Bulguksa (Temple of the Buddha Land). 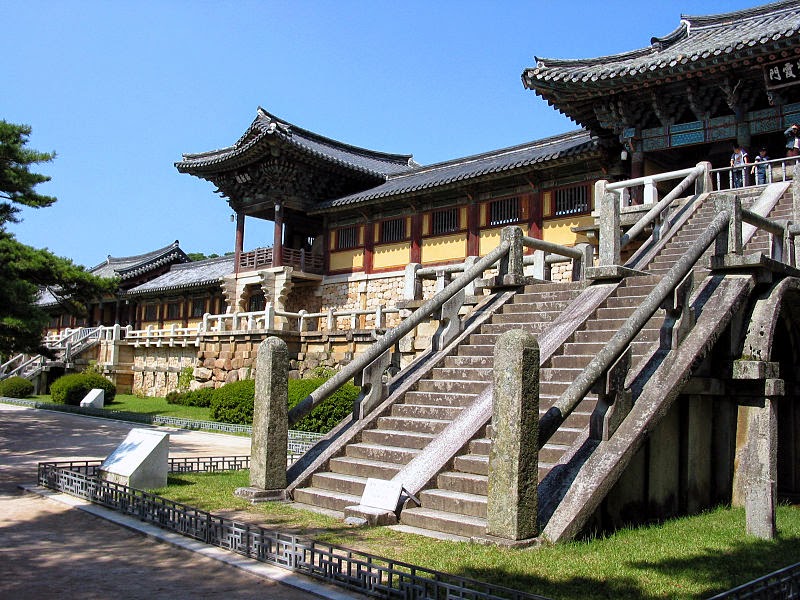 Korea was split into three kingdoms again in 892, and one reason the temple was preserved with such reverence was that the period of unification under Silla was remembered as a sort of golden age. 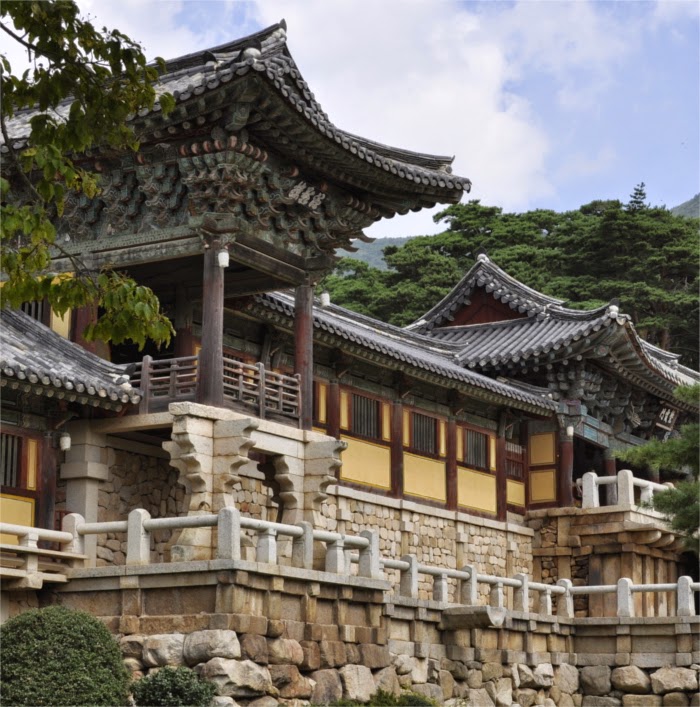 The main stone building has been renovated over the years but retains much of its original fabric. 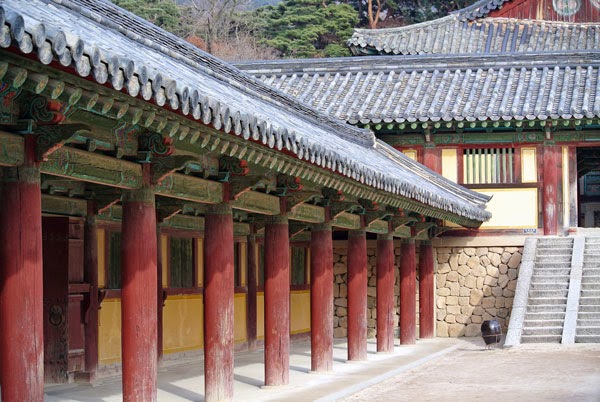 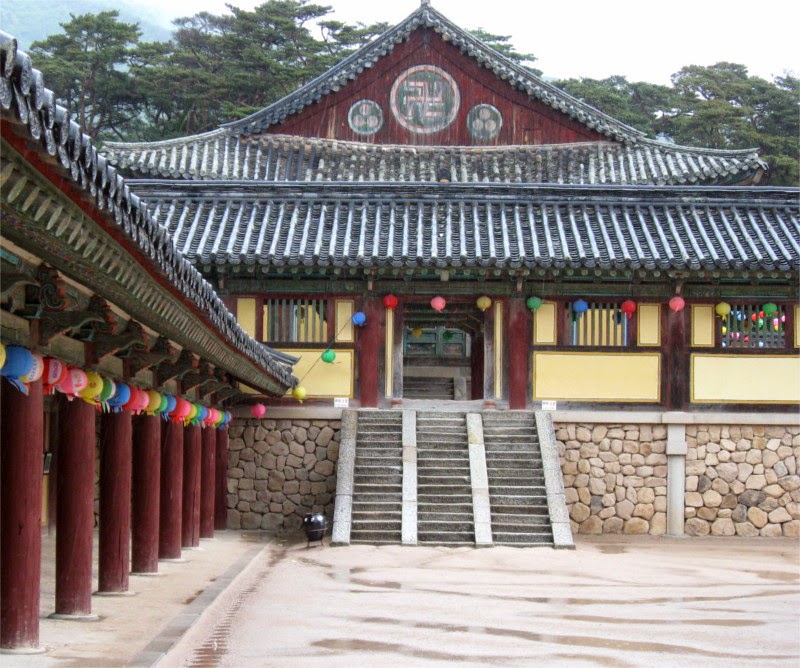 The rest of the temple complex, built of wood, has been destroyed and rebuilt many times, and most of what stands today dates to the nineteenth century. 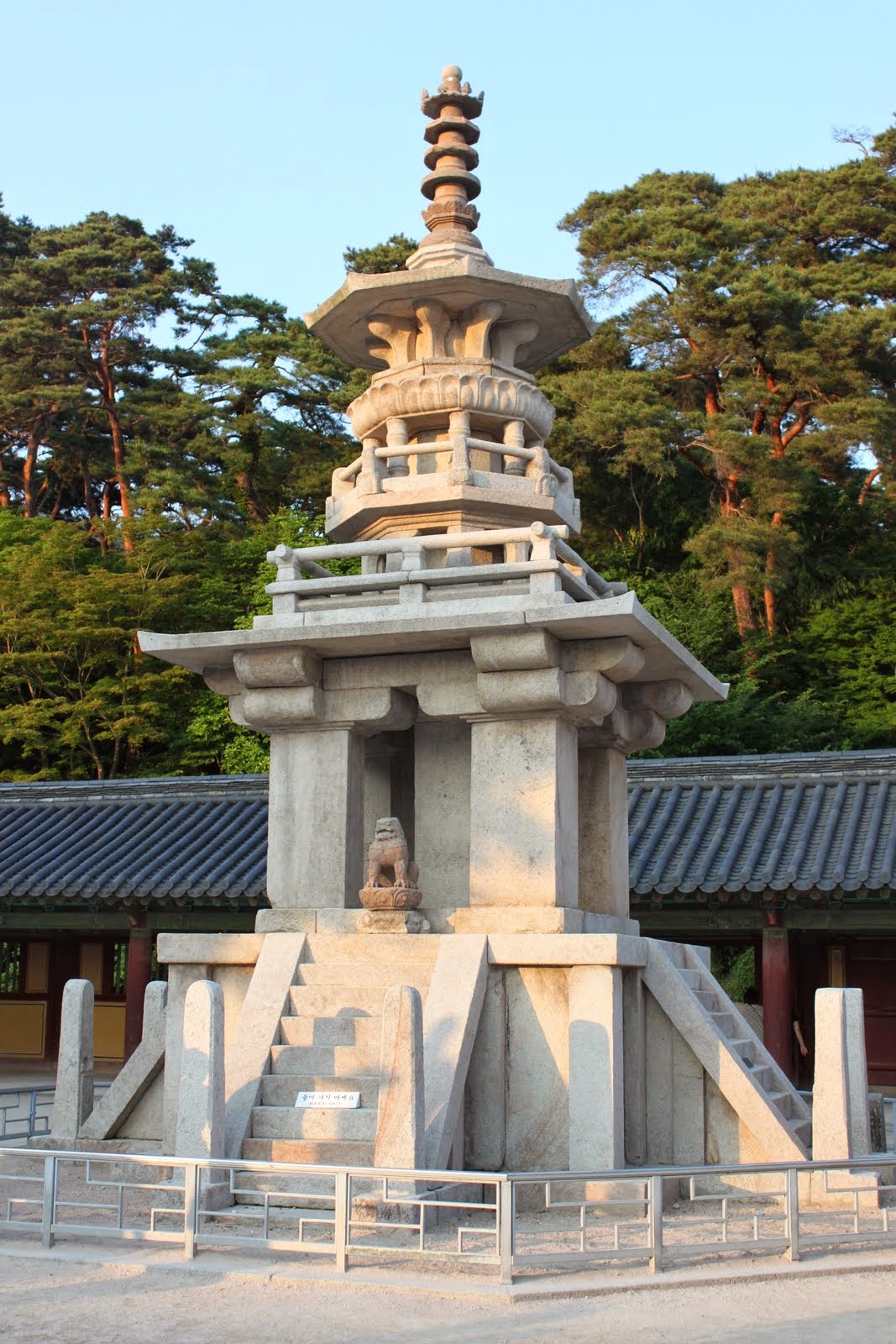 One interesting thing I learned from researching the temple is that the government of South Korea maintains an official list of National Treasures. This eighth-century stone pagoda, for example, is National Treasure Number 20. 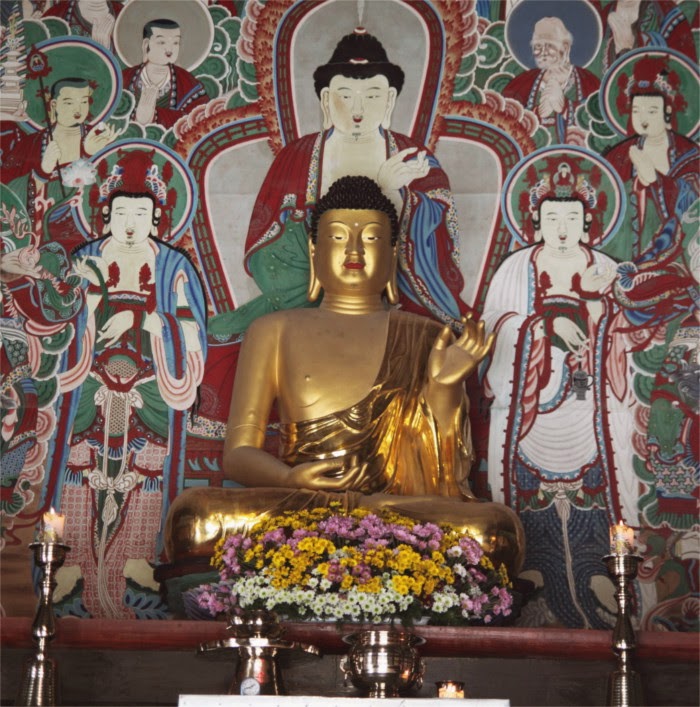 The main statue of the Buddha at Bulguksa, dating to the ninth century, is National Treasure Number 26. 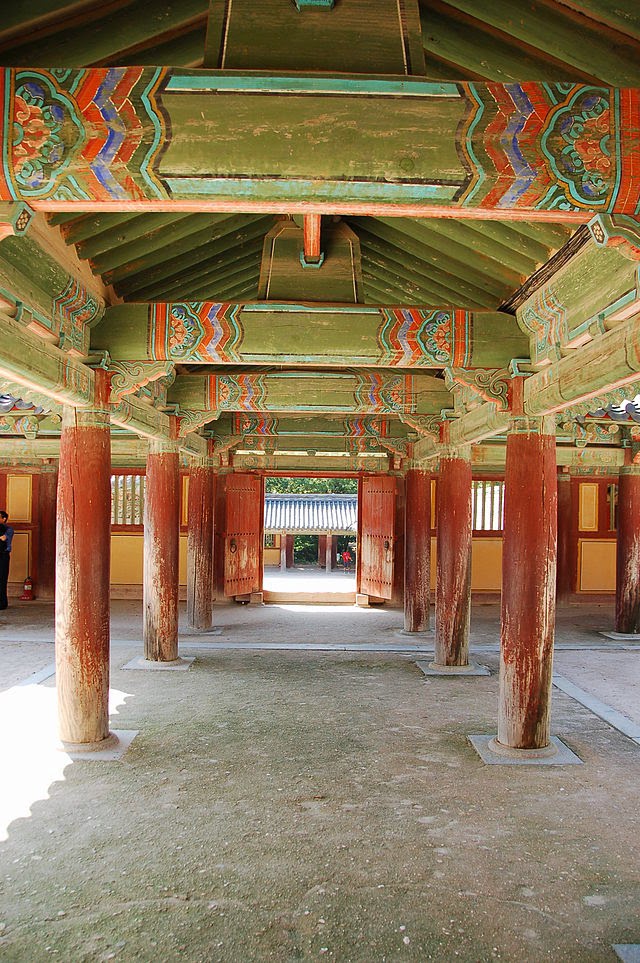 One of the prayer halls. 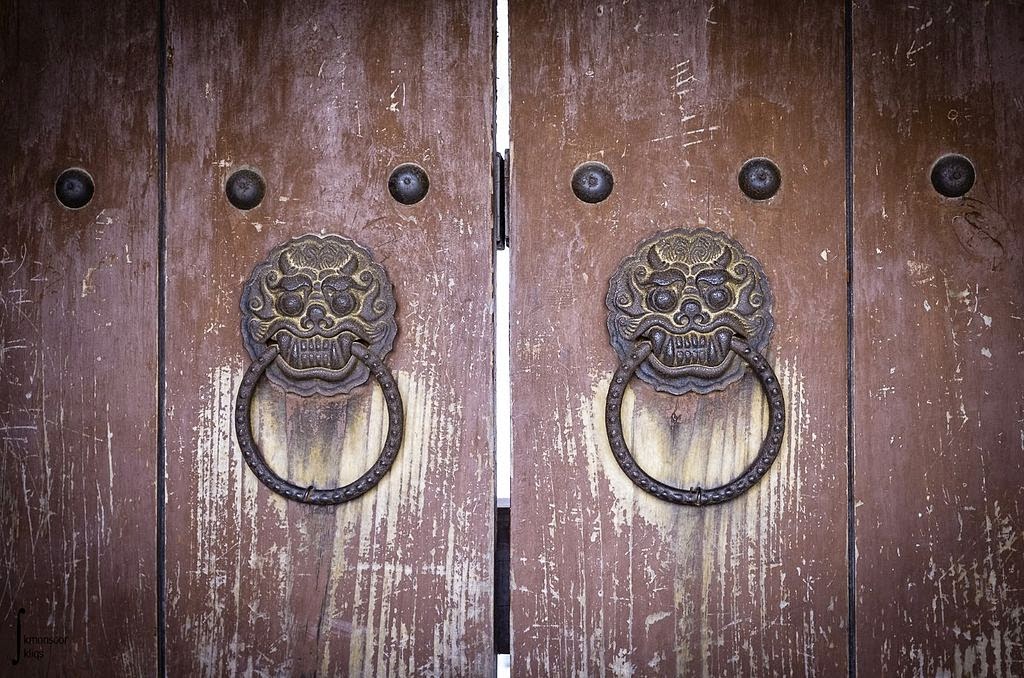 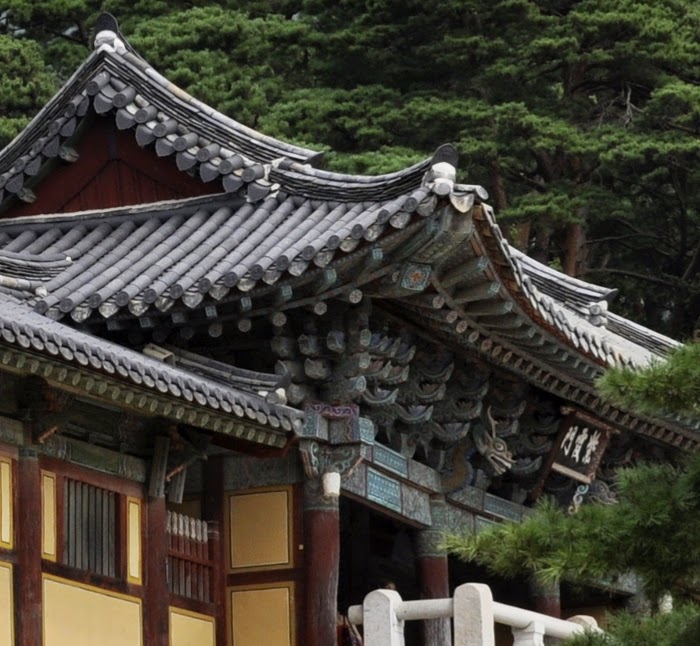 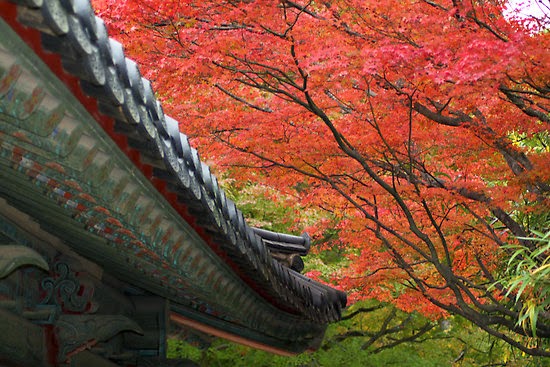 And a wonderful picture of Bulguska in the fall by Jane MacDougall.
Posted by John at 7:24 AM