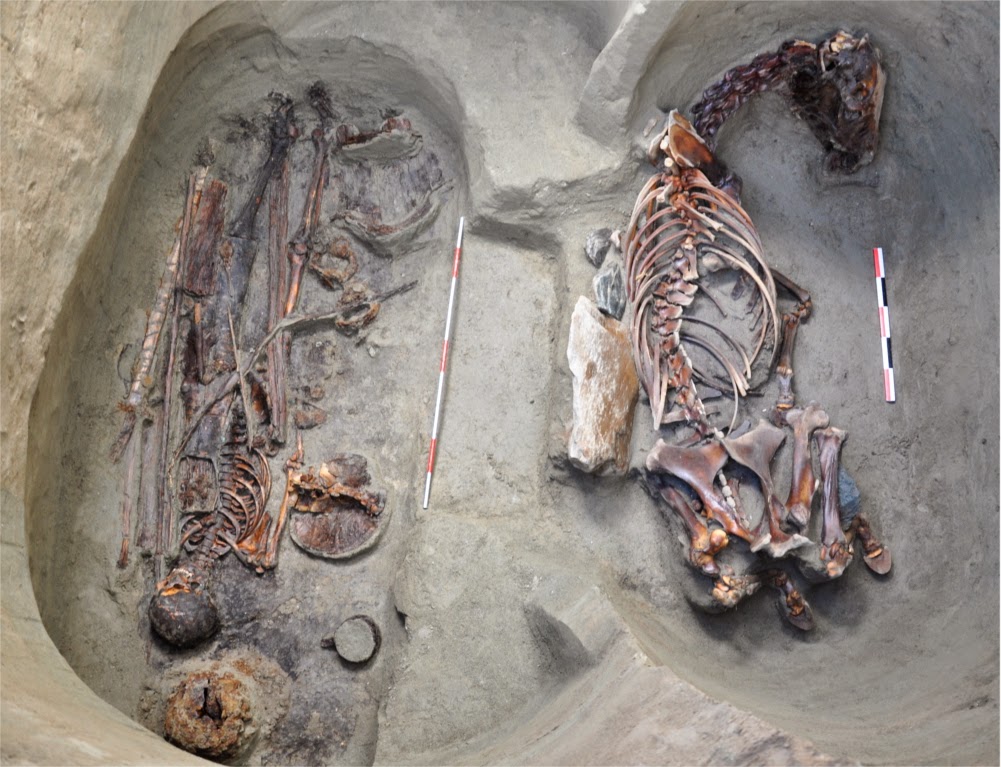 Turkic burial of the early 7th century CE recently unearthed in the Altai region of Kazakhstan: a warrior and his horse, side by side. (Beautiful prep work for the photograph, I might add.) 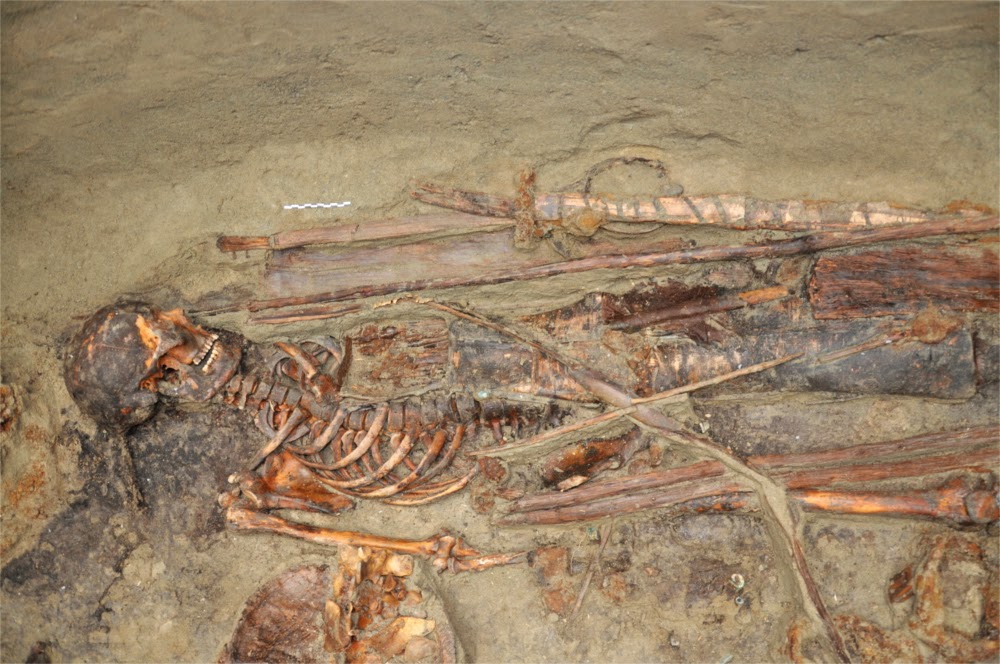 
The scientists found weapons belonging to this epoch next to the warrior: a helmet, a quiver, an arrow, a sword, sabers, as well as a horse with a golden harness and a bridle. The most important discovery of the excavation was a musical instrument, similar to (Kazakh) kobyz…. The kobyz is an ancient Kazakh instrument that has two strings made of horsehair. It was believed to be a sacred instruments that could drive away evil spirits. It was often used by spiritual medics and shamans. 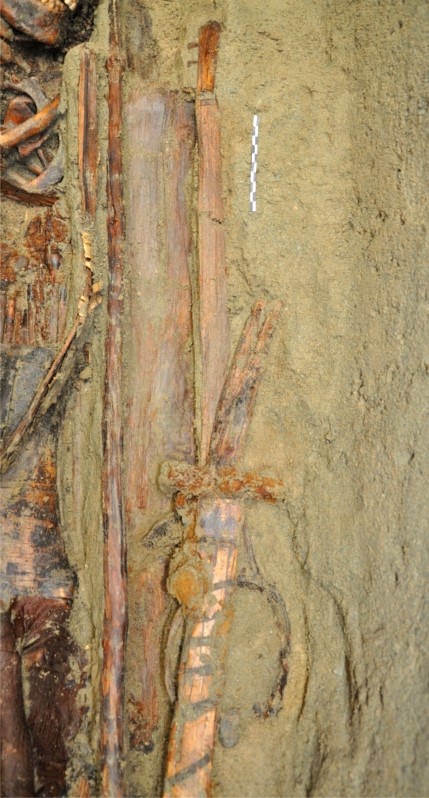 That's a close-up of the kobyz, underneath the sword, although I can't really make it out. But what would be more useful on your way to the afterlife than an implement for driving away evil spirits? Via the History Blog.
Posted by John at 7:15 AM