The Nearly Forgotten Realm of Sanxingdui 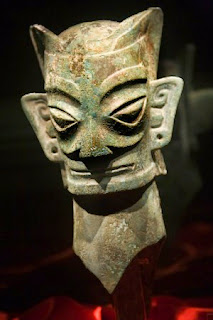 The traditional story of Chinese civilization has been that it first emerged in the north, in the Yellow River valley, and gradually spread southward from there. The earliest traces of things like cities and writing in the north date to around 2000 BCE; the famous Shang Dynasty with its spectacular bronzes dates to between 1750 and 1040 BCE. But there were always hints that interesting things might have been happening in southern China around the same time, including chronicle mentions of a kingdom known as Shu and occasional finds of ancient-looking artifacts. 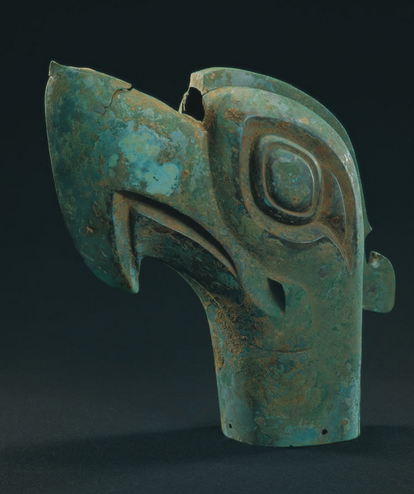 Among the most famous of these southern discoveries came in 1929, when a farmer in Sichuan unearthed a large stash of jade relics while digging a well. These objects were dispersed into private collections and many ended up in the west. Relic sellers and professional archaeologists searched the area for the next 50 years, looking for another great find, but mostly without success. 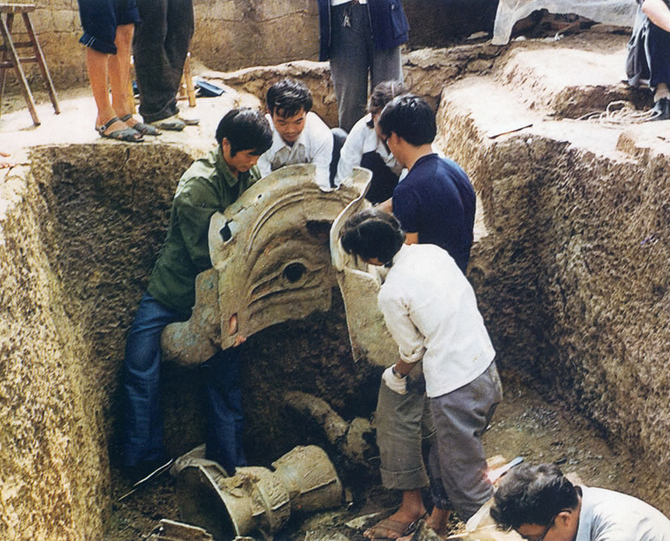 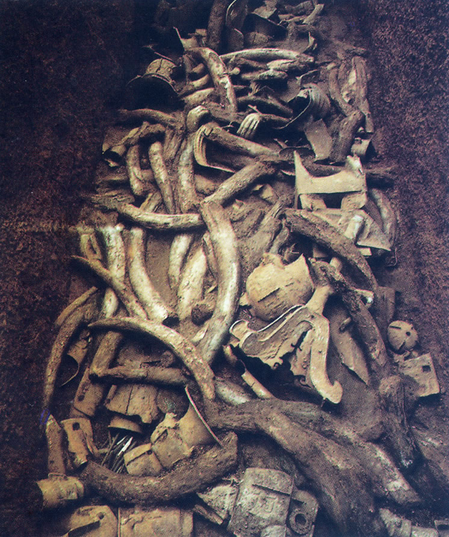 Then in 1986 workers building a brick factory in Sanxingdui stumbled upon two large pits containing thousands of gold, bronze, jade, and pottery artifacts that had been intentionally broken, burned, and carefully buried. With them were dozens of elephant tusks and thousands of clam shells, which had the unintended effect of buffering the soil's acidity and helping to preserve the artifacts. These pits were so large, and the trove of objects so impressive, that they must represent a wealthy society and either a city or a great palace. A whole museum was built to house and display them. Not only are they spectacular, they are utterly unlike anything else every found in China. Radiocarbon dating places them around 1200 to 1100 BCE. 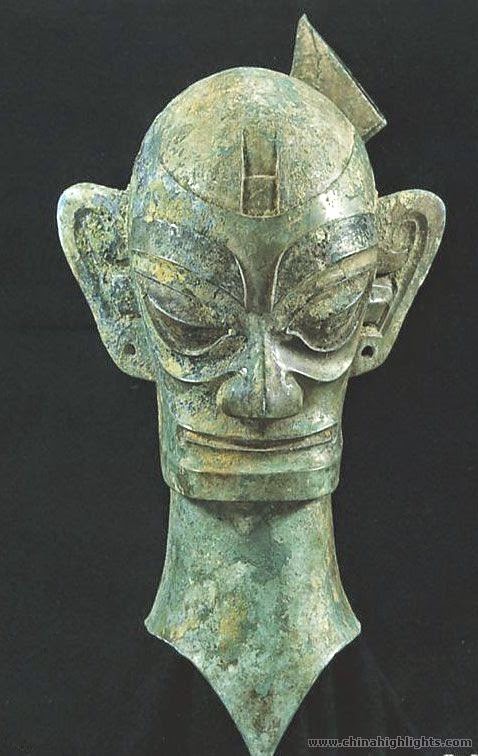 Exploration of the area around the pits revealed traces of a substantial city with mud-brick walls. For years it seemed that Sanxingdui was a fluke, completely isolated in its strangeness. Gradually, though, archaeology across the Sichuan plain led to the discovery of more walled towns from this same general cultural tradition. The period from 2700 to 1500 BCE is known as the Baodun Culture, from 1500 to 1000 the Sanxingdui Culture. Nor was Sanxingdui completely isolated, since a few of the artifacts have been identified as imports from the Shang culture area and there are hints that the four celestial beasts of Chinese astrology are present in their iconography. 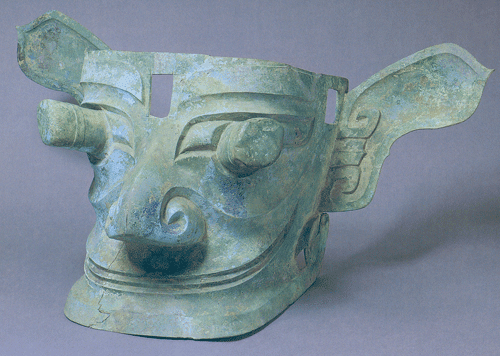 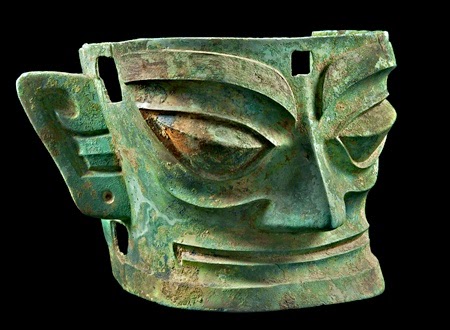 And yet how strange these objects are, how different in spirit from those of the north. These are not faces I recognize. These huge masks, once attached to wooden poles, are the strangest of all, and most experts think they represent human-animal hybrids. Gods? Demons? Shamans? 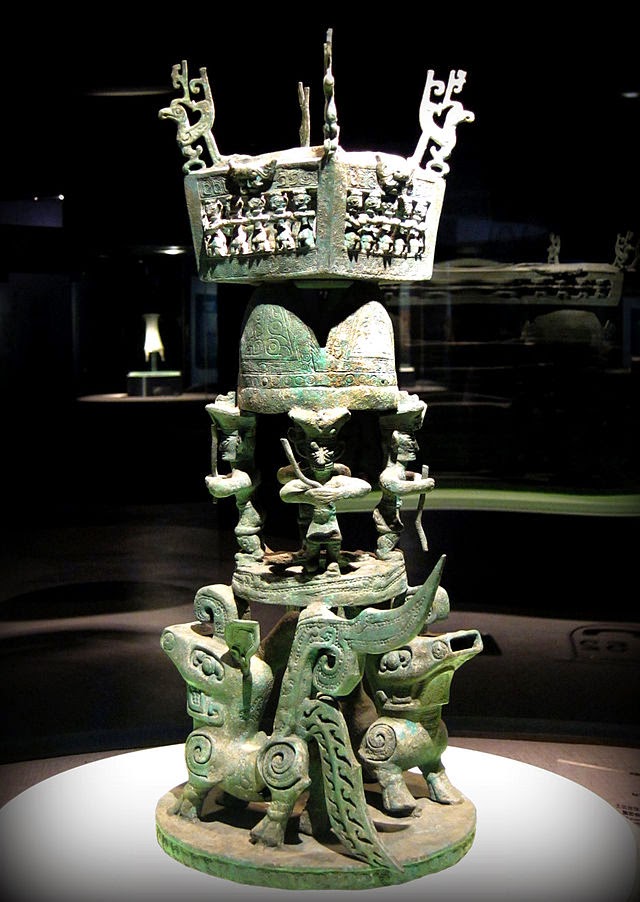 This complex bronze composition, called an "altar", seems a bit more like the art of northern China -- but only a bit. 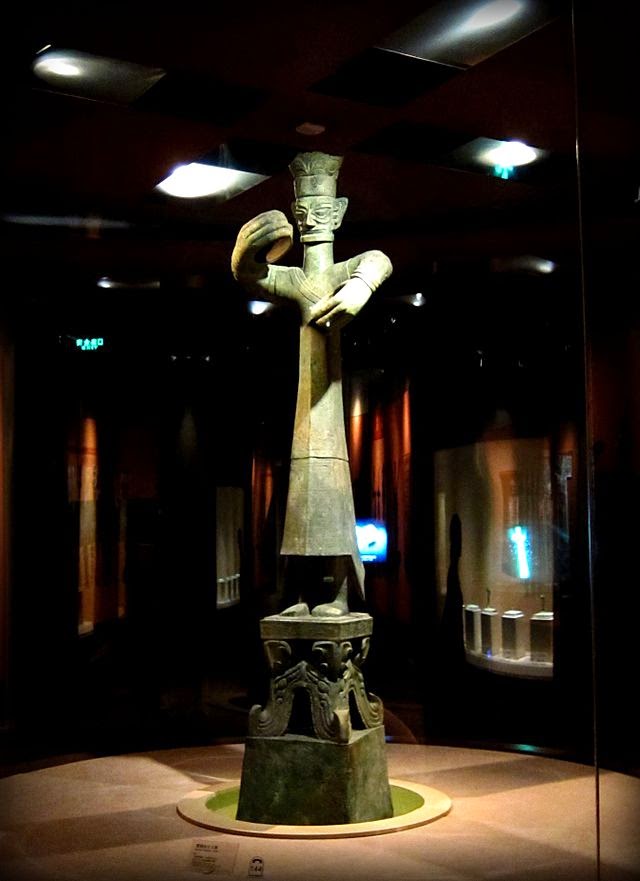 This huge human figure, 4 meters tall, is unlike anything seen elsewhere in China. 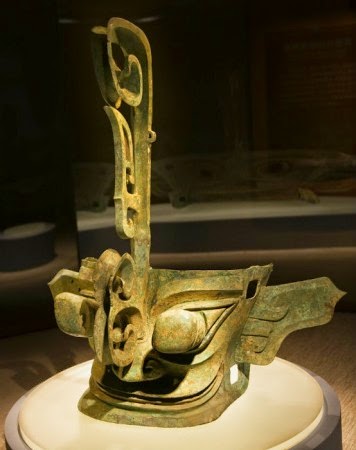 No writing of any sort has been identified on any Sanxingdui artifact, so the civilization may have been illiterate until they adopted Chinese characters after 1000 BCE. 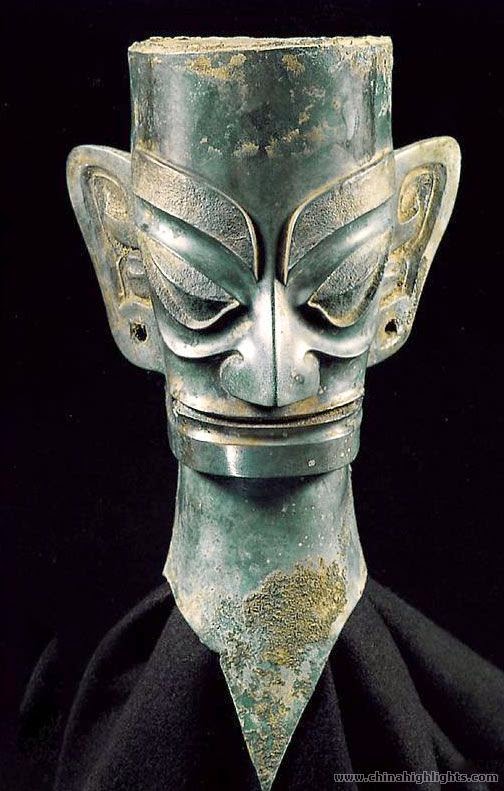 Sanxingdui is not nearly as "mysterious" as it was 25 years ago. Its roots have been traced back centuries, its descendants identified, its economic underpinnings unraveled. And yet despite all this nothing at all has been found that compares to these first two pits. They were the first clear evidence of this civilization's existence, they define it, and they overshadow all that has been found since from these people. Was this some amazing, one-time-only event -- the demolition of a great temple, a change of dynasty, a great plague -- or are there more pits like this out there somewhere, waiting for us to find them? 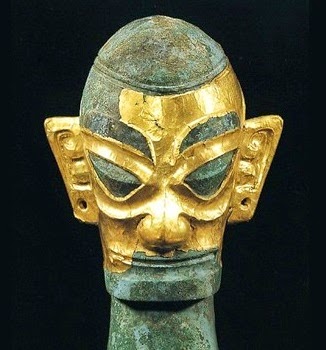