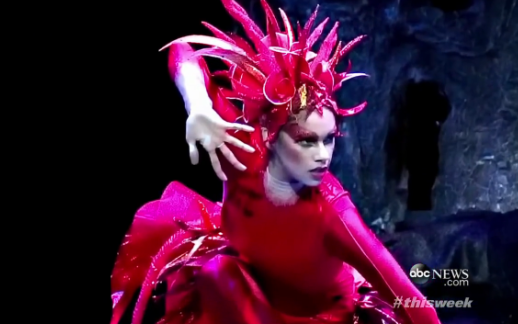 Misty Copeland was told she had the "wrong body" for ballet, but that wasn't even her biggest obstacle:


There is a lot that makes Copeland unusual. Most dancers stand at least 5 feet 4 inches tall. Copeland is 5 feet 2. She has a woman’s curves in an artistic tradition that glorifies prepubescent straight lines. She began dancing when she was 13, which is about 10 years later than many girls who end up as professional ballerinas get started. She’s black. . . . She grew up poor, one of six children of a single mother. She discovered ballet at the local Boys and Girls Club, and continued to take classes while her family shuttled between temporary homes and wretched motel rooms.

But now she's a soloist at the ABT. Take a look at the video at the link and you'll see why.
Posted by John at 8:14 AM