Hybrids, Evolution, and the Eastern Coyote 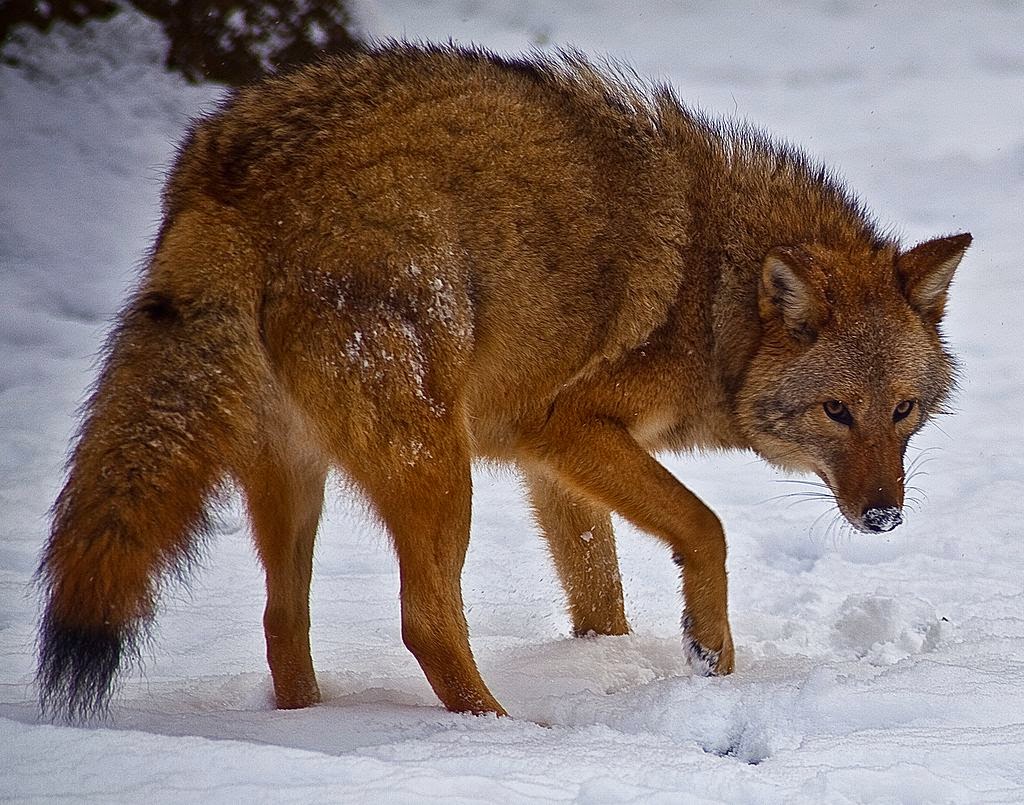 Biologists are coming to realize that species are much more permeable than they used to think. With the ever-falling cost of DNA analysis they have detected hybrid species by the hundreds. Everything from whales to butterflies, it seems, can breed across species lines and create fertile hybrids. Cross breeding can dramatically speed up evolution, too, requiring a complete rethinking of evolutionary statistics.

Among the best studied hybrid animals -- other than us, that is -- is the Eastern Coyote:


In New England today, trees cover more land than they have at any time since the colonial era. Roughly 80 percent of the region is now forested, compared with just 30 percent in the late 19th century. Moose and turkey again roam the backwoods. Beavers, long ago driven from the area by trappers seeking pelts, once more dam streams. White-tailed deer are so numerous that they are often considered pests. And an unlikely predator has crept back into the woods, too: what some have called the coywolf. It is both old and new — roughly one-quarter wolf and two-thirds coyote, the rest dog.

The animal comes from an area above the Great Lakes, where wolves and coyotes live — and sometimes breed — together. At one end of this canid continuum, there are wolves with coyote genes in their makeup; at the other, there are coyotes with wolf genes. Another source of genetic ingredients comes from farther north, where the gray wolf, a migrant species originally from Eurasia, resides. “We call it canis soup,” says Bradley White, a scientist at Trent University in Peterborough, Ontario, referring to the wolf-coyote hybrid population. . . .

The Eastern coyote is a study in the balancing act required to survive as a medium-size predator in a landscape full of people. It can be as much as 40 percent larger than the Western coyote, with powerful wolflike jaws; it has also inherited the wolf’s more social nature, which allows for pack hunting. But it shares with coyotes, some 2,000 of which live within Chicago’s city limits, a remarkable ability to thrive in humanized landscapes. . . .

And this mongrel continues to evolve. Javier Monzon, an evolutionary biologist at Stony Brook University, has found that Eastern coyotes living in areas with the highest densities of deer also carry the greatest number of wolf genes.

I wish some would come live in my woods. Come on, guys! We have plenty of deer! 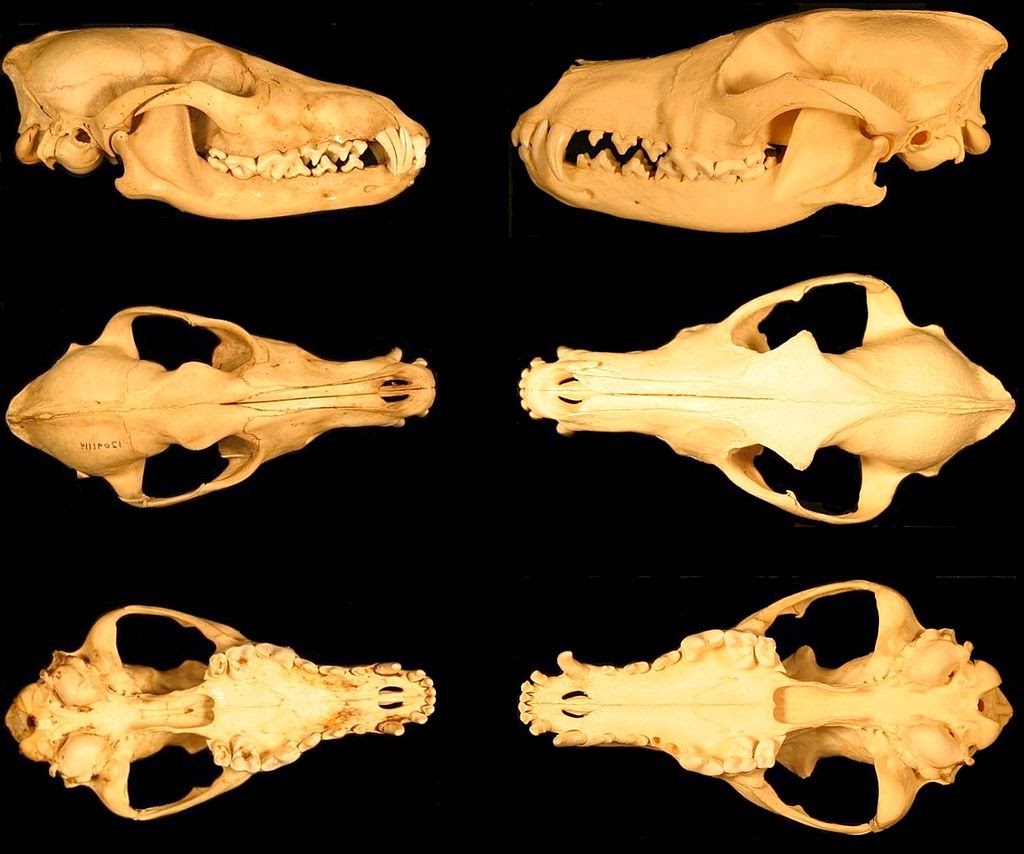 Western coyote on the left, eastern on the right, showing the big difference in skull size.

On a more intellectual plane, this new knowledge about hybridization is just fascinating. Taking in genes from other species may be (as Lynn Margulis argued) one of the main ways that species change. By crossing species boundaries, a useful gene might spread through whole orders of animals; by adopting genes wholesale, a species may change many times more rapidly than we had thought possible.
Posted by John at 2:19 PM