The Golden Princess of Scythia 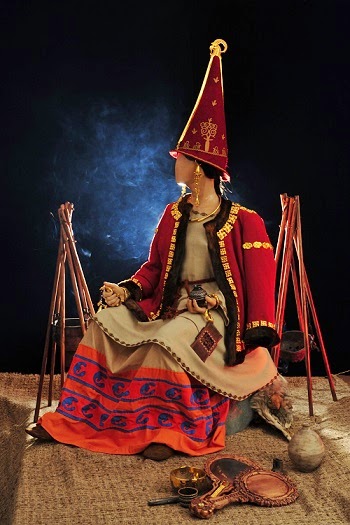 Two years ago archaeologists in Kazakhstan uncovered a spectacular Scythian burial they dubbed the Golden Woman. The tomb dates to around 450 BCE. The archaeologists have now published their findings, along with reconstructions by a person Kazakh news accounts call "famous restorer Krym Altynbekov." 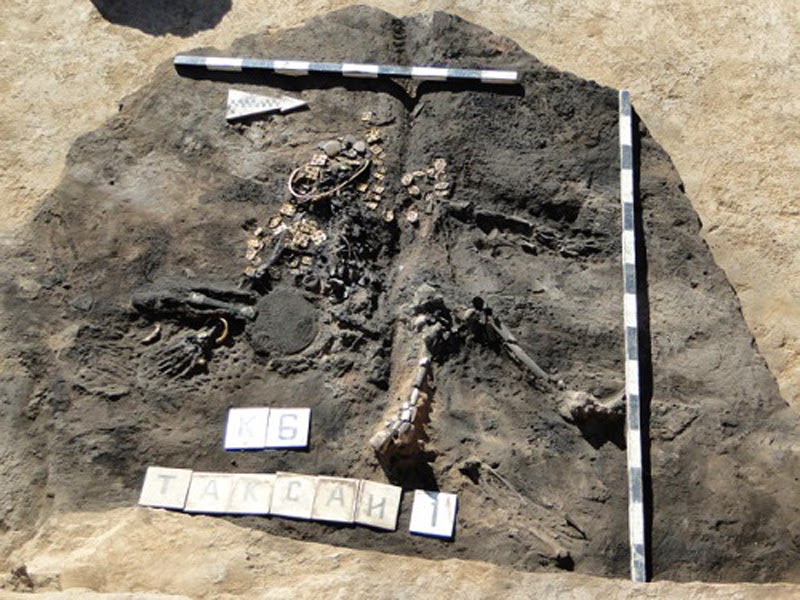 The tomb under excavation. Two female servants were buried along with the princess. 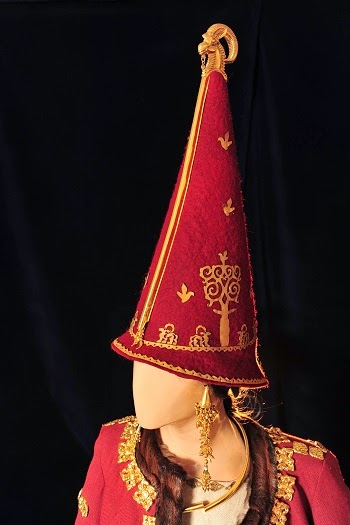 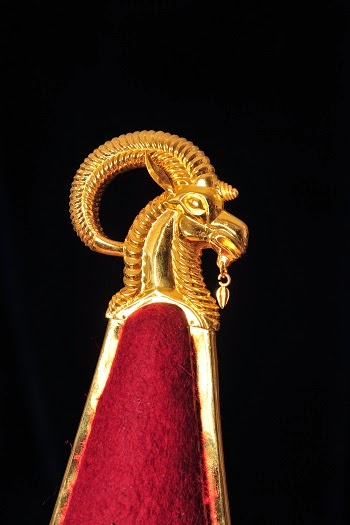 Close-up of the restored hat, and the golden sheep on top. 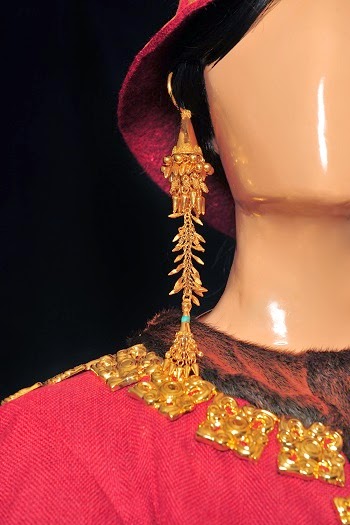 Collar and earring. The excavators think the designs on the plaques are sun symbols, and they think the whole ensemble suggests Zoroastrianism. This is liable to be very controversial, since most German and American archaeologists see no clear evidence of Zoroastrianism among the Scythians. 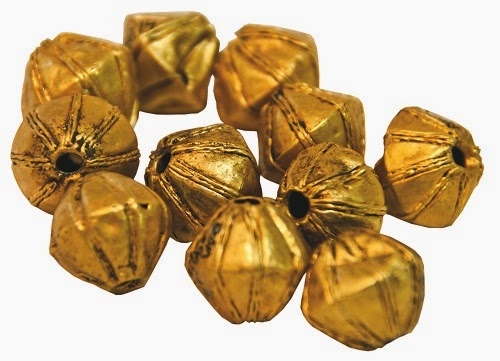 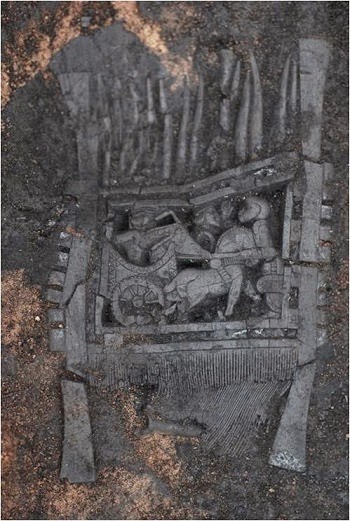 A unique comb found in the tomb, showing two warriors in a chariot fighting a man on foot. Many more pictures here. 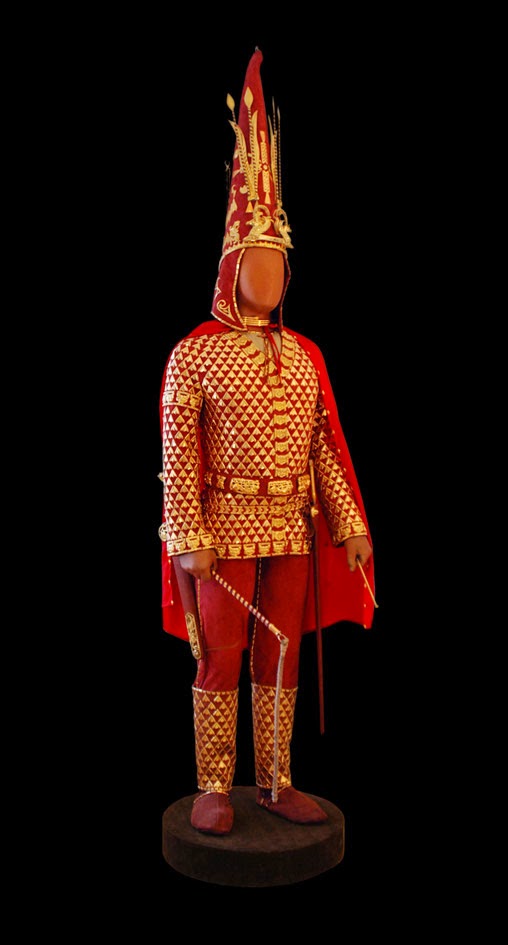 For comparison, here is reconstruction of another famous Scythian burial, the Golden Man, dug up in 1969. More proof of my theory that to understand the distant past you have to imagine everyone in silly hats.
Posted by John at 7:08 AM

John, do you know who did the excavation or where I can find the notes/journal article/book? All I can find so far is newsclips! Very mysterious!