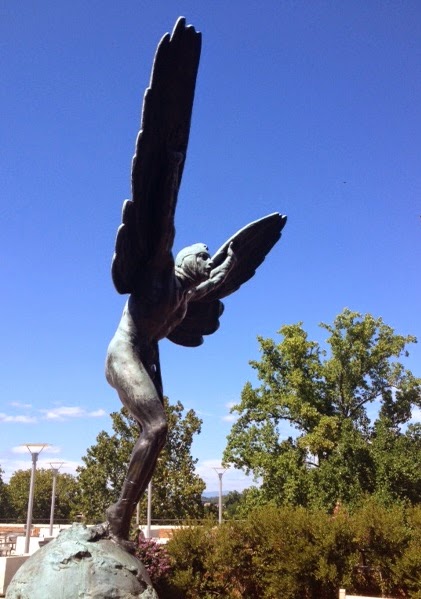 Home from three days and two nights in Charlottesville, Virginia, visiting friends. One of those friends gave us a wonderful tour of the University of Virginia campus, of which I present some highlights. Above, the utterly bizarre sculpture honoring World War I airman James Rogers McConnell, known, according to our guide, as the Flying Monkey. 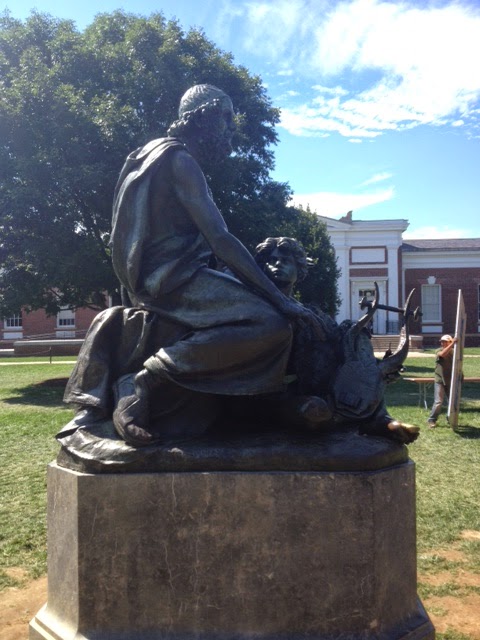 Homer, and a boy sitting at his feet, a pose that would not be chosen today. 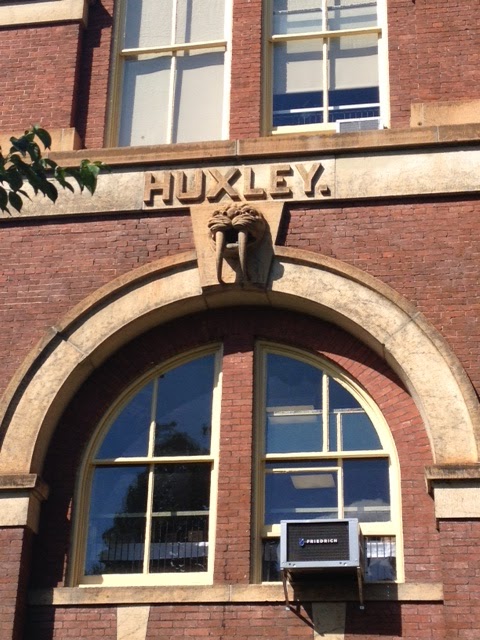 One of the adorable animals on the old science building.

The highlight of the tour was the mural in Cabell Hall by American artist Lincoln Perry, born 1949. This is called A Student's Progress, and it follows a red-haired (Jeffersonian?) girl from admission to graduation and beyond. 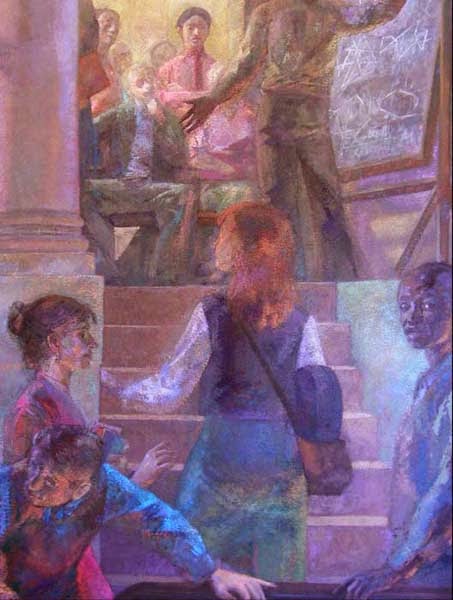 She enters her first class. 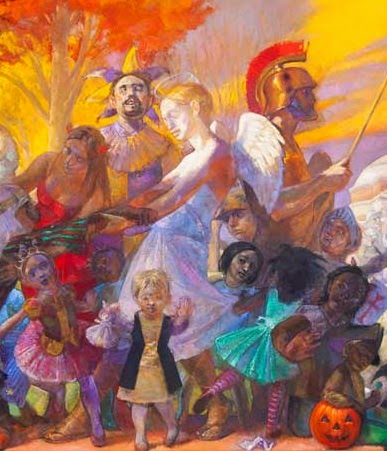 Individually the figures are nothing special, but en masse the effect is quite cool. This is Halloween on the Lawn. 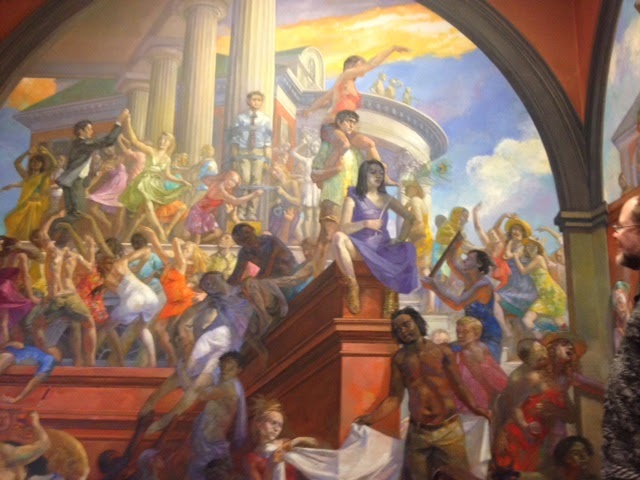 This bacchanal caused, we were told, a bit of controversy -- note the poor guy duck taped to the pillar. But since life at UVA is really like this, how could anyone really object?

More debauchery. So this was fun, and the trip was splendid. But now I am home and need to get back to ordinary life tasks like parenting and blogging.
Posted by John at 8:53 PM