A Merovingian Necropolis in Saint-Aubin-des-Champs, France 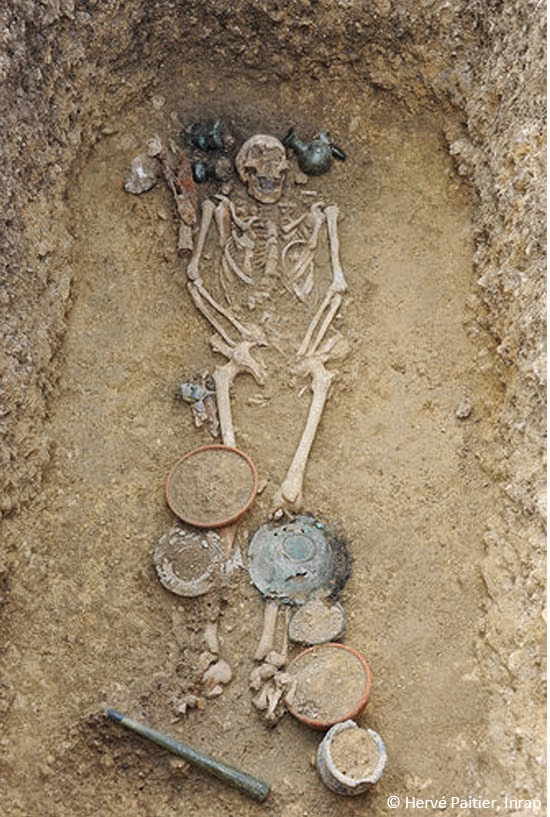 French archaeologists working in advance of a new housing development in Normandy have uncovered a Merovingian cemetery with about 300 burials of the fifth through seventh centuries. (French original; English summary.) 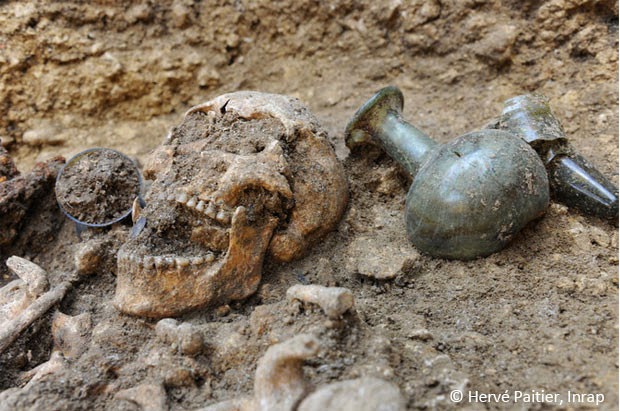 The man at top and above had one of the richest burials, with glass vessesls, ceramic dishes, a bronze basin, a dagger and a spear. From the fifth century. 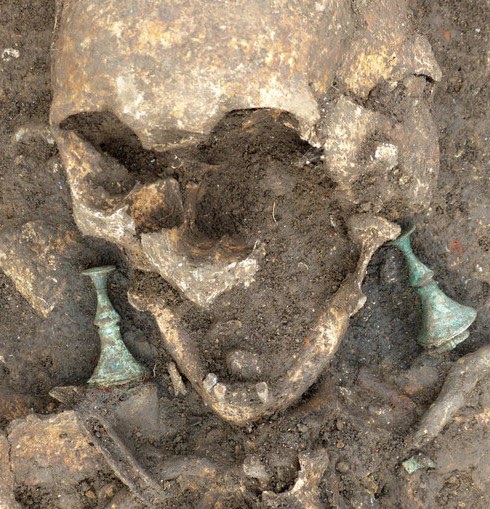 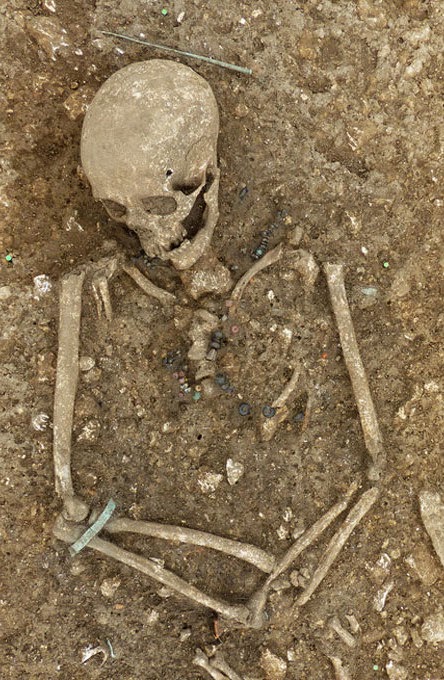 Woman with a bead necklace.

One of the interesting details about the cemetery is that there are very few children. The excavators wonder whether this is because they were buried in shallow pits that have been disturbed by plowing, or if they were buried elsewhere. This is a common pattern in archaeology. It seems that many people regard infants and small children as not yet part of the community, so when they die they are buried within the household -- under the house or just outside it -- rather than with the adults.
Posted by John at 9:10 AM