The Duke of Richmond's Fireworks, 1749 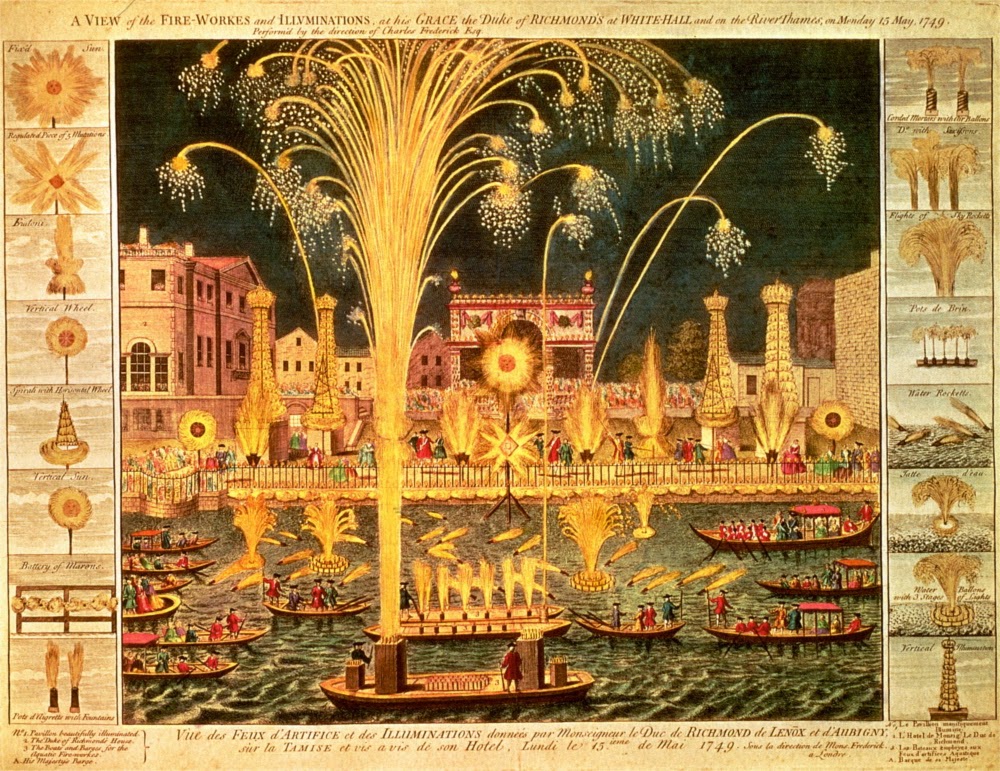 This etching depicts the "A View of the Fire-workes and Illuminations at his Grace the Duke of Richmond's at White-Hall and on the River Thames, on Monday 15 May 1749, Perform'd by the direction of Charles Frederick Esq." 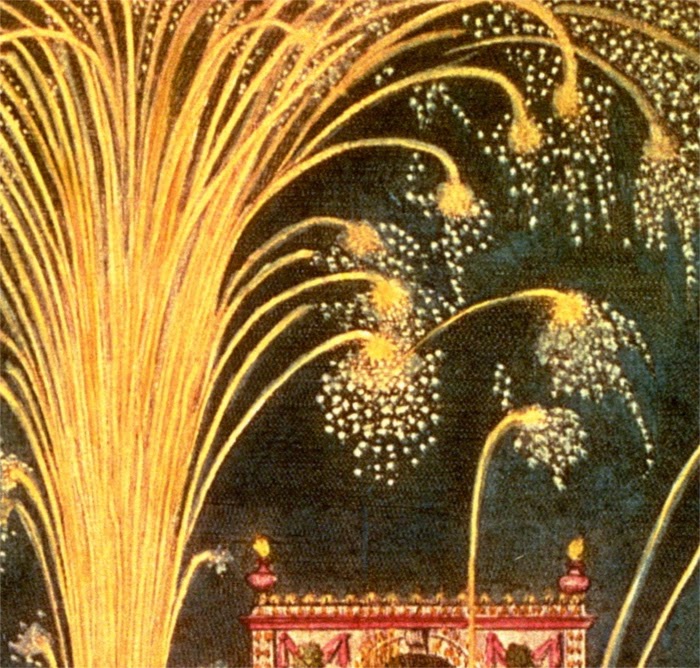 Should you seek it out on the internet, you will find it almost invariably associated with Handel's Music for the Royal Fireworks, also first performed in the spring of 1749. In fact wikipedia transcribes the title of this etching as "Handel's Fireworks Music, performed at his GRACE the Duke of RICHMOND'S at WHITEHALL and on the River Thames on Monday 15 May 1749. Performed by the direction of Charles Fredrick Esq." Which is not at all what the original says. 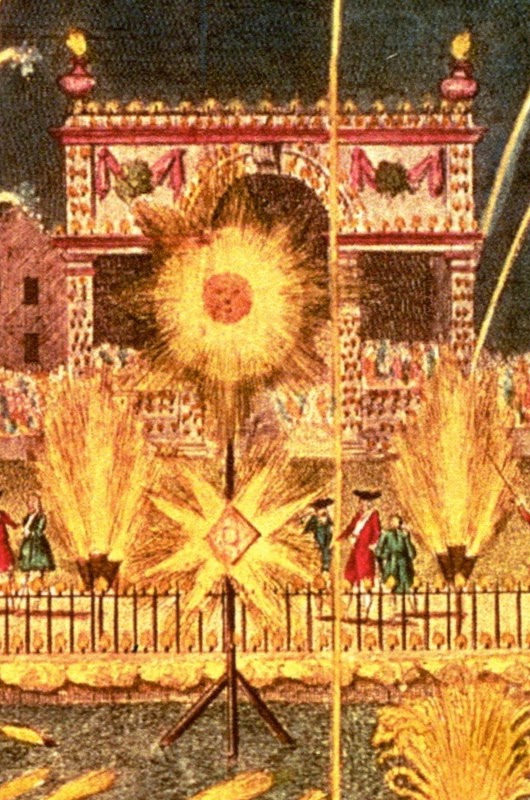 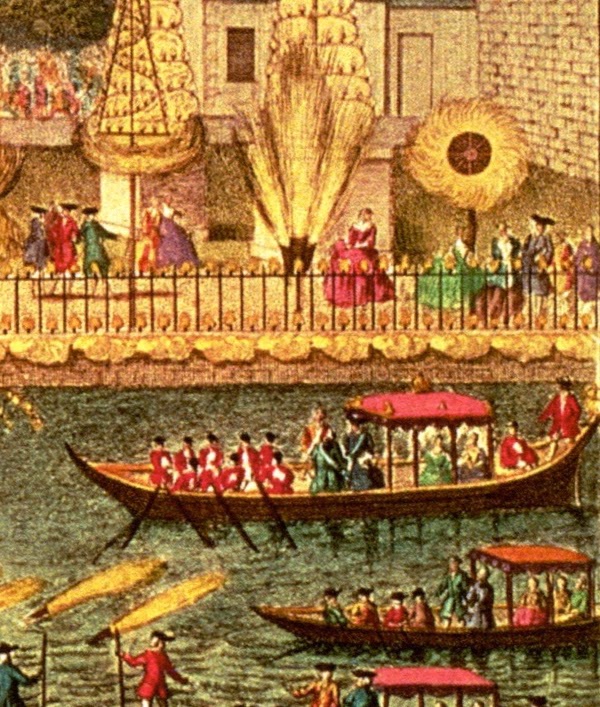 However, the date on this etching is clearly May 15, and the generally accepted date for Handel's premier is April 27, not to mention that this is not the royal fireworks, but those of the Duke of Richmond. 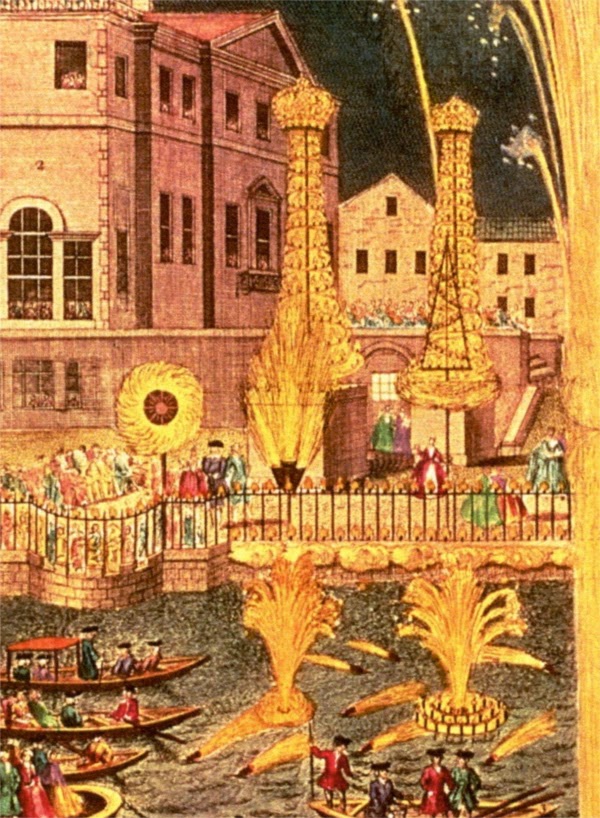 And, Handel's royal fireworks are said by all the usual sources to have been in Green Park, not Whitehall. So, a mystery; were there two sets of spectacular fireworks in London to celebrate the peace of Aix-la-Chapelle, or just one? 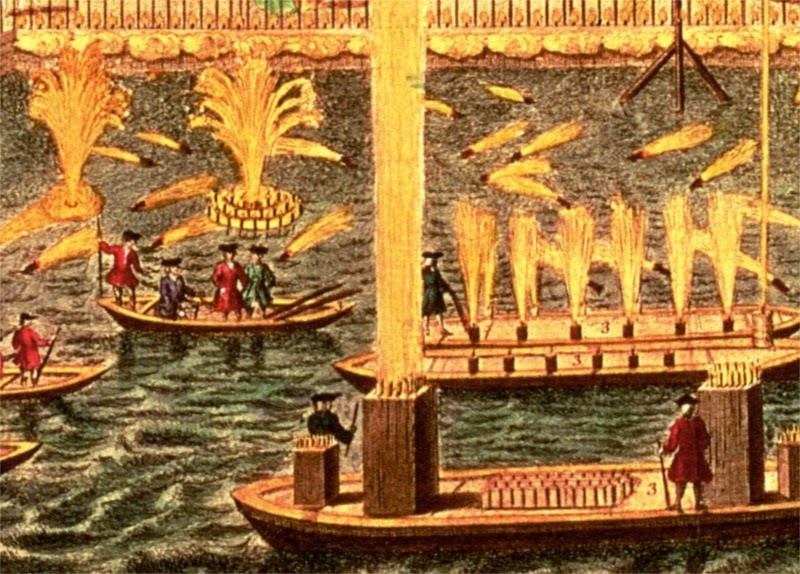 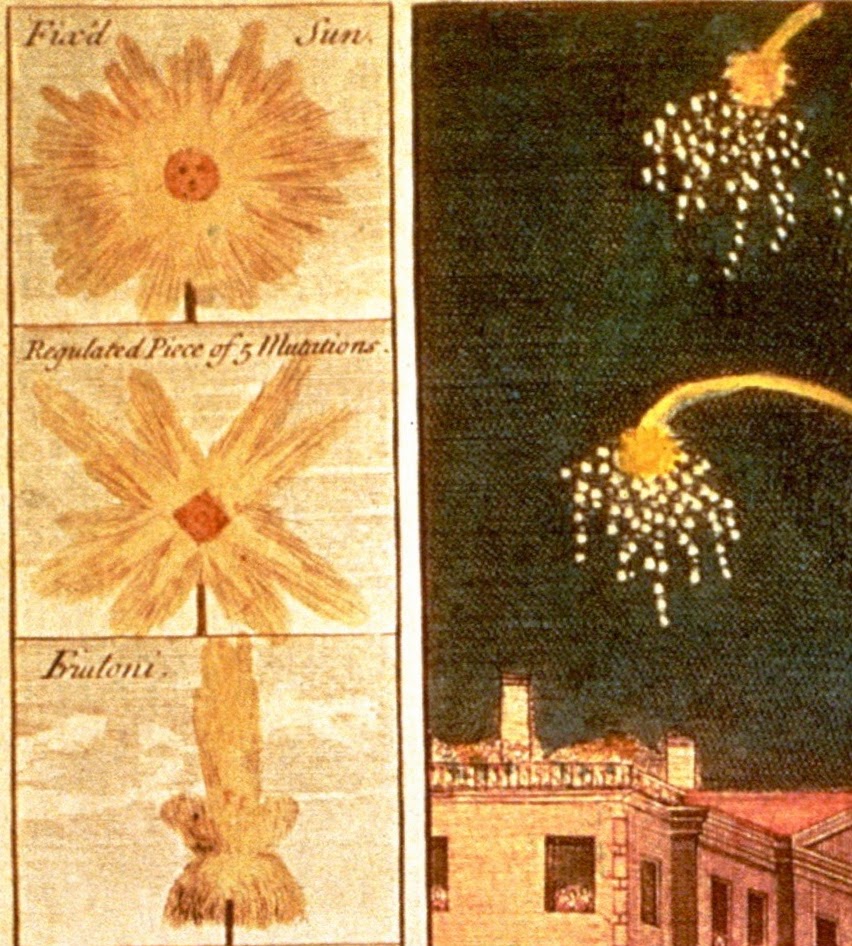 Part of the lore of Handel's first performance is that it went badly because it rained and one of the pavilions caught fire; could this have been a repeat staged a few weeks later in better weather? Any experts in 18th-century Britain out there who might be able to help?

A friend sent me newspaper articles from 1749 that show there were indeed two separate sets of fireworks, so this picture does not show the one for which Handel composed his music.
Posted by John at 9:15 AM

The British Museum has a souvenir fan from the Royal Fireworks, made of ivory and paper, that you can see on their website. Not as eye-catching as the etching, but delicately pretty.